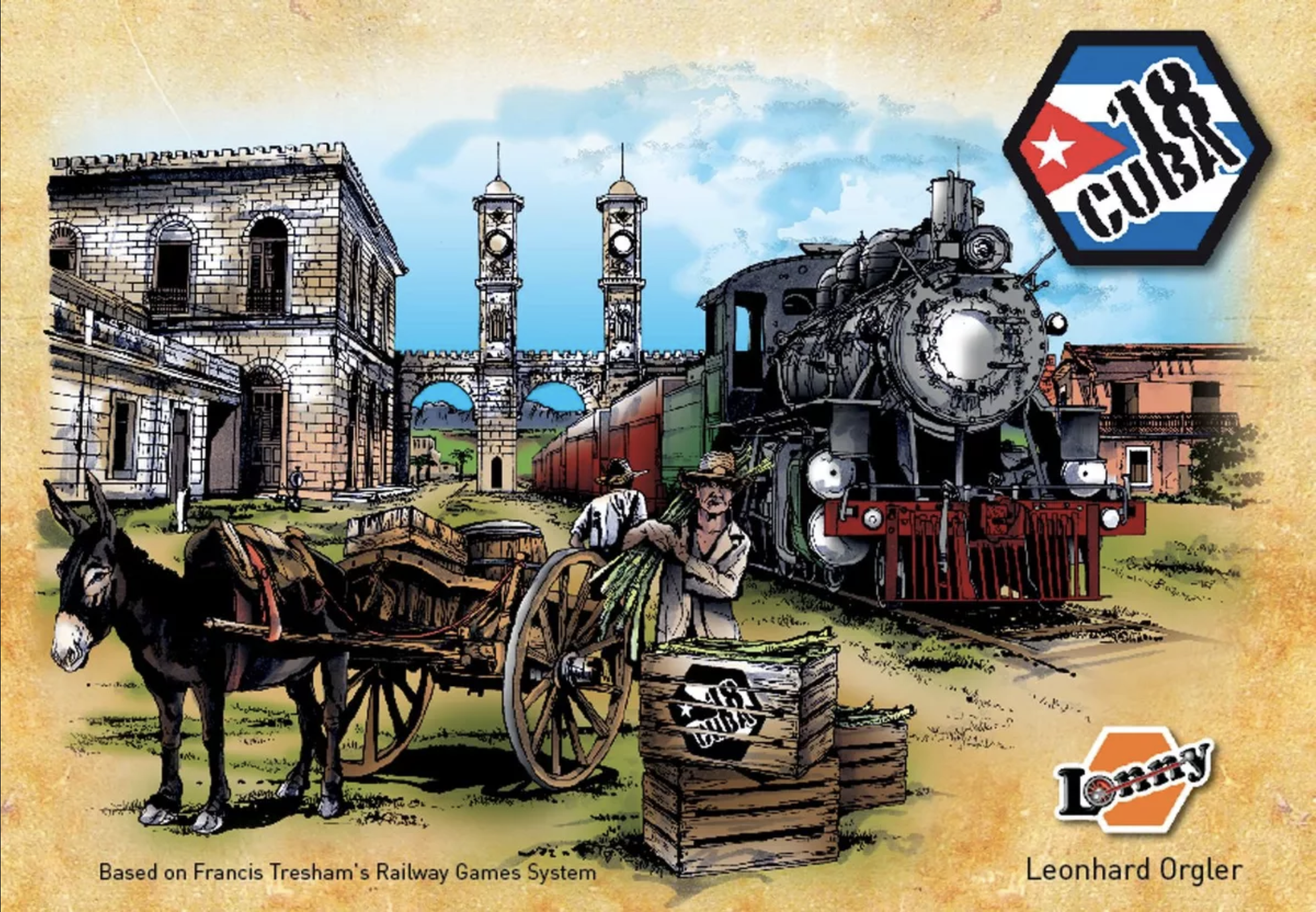 Summary: “A fictional story about railroading in Cuba. The game features six large companies as well as a state company, which operates with discarded trains and fixed stations on the map. Sugar plantations are represented by small companies and special tiles that produce sugar cubes, which can be picked up by the large companies with special railroad cars and add to their income by ferrying them off at a port. Although the state railway controls most of the station tokens, you can pay it off and use them for your own company. As usual in 18xx games, the wealthiest player at game end is the winner.”

Base Pledge: $78 + shipping (with no shipping estimates provided)

All-In: $78 + shipping (with no shipping estimates provided), same as above; there are additional pledge levels for multiple copies

Summary: “Players have been hired by evil empress Hornspike to create the best dungeon in all of the land. As a Dungeon Contractor, players will take turns drafting tiles and placing them in their dungeon. They’ll keep in mind damage, weapon range and overall synergy to create the best dungeon possible. After tiles have been placed, players will take turns fending off adventurers wandering in to steal your gems. Players will gain/lose gems based on if they can defeat their adventurers. The player at the end of 12 turns with the most Gems wins.”

Summary: “Role play as one of the last remaining citizens of Colony 7, a settlement on a post-terraformed Red Planet (which has been overrun by a ruthless gang known as The Brotherhood of Broken Skulls), in the year 3254. During play, your goal is to get past the baddies, find the ‘battery unit,’ power up the last working drone transport, fend off other citizens who have the same idea, and get out while you still can.”

Summary: “Build a colony and conquer territories in a medieval-fantasy gold rush. You have two decks of cards to manage: one for combat and one for development. Every turn starts by removing a card from your hand. This card is placed under a chosen section of your player board and will give a precious resource all game long. This process will also naturally clean your deck from bad cards. Combat is made by conquering territories represented by hexagonal tiles. The number of free spaces around a tile is the number of cards you draw from your combat deck to defeat the enemy under this territory. They get increasingly stronger and are more rewarding too. Based on the ever-changing cards in the market, develop a long-term strategy and find the best combinations between Elf, Dwarf, Human and Building cards to maximize your gold; be the first to get 10 gold ingots be crowned King/Queen of GOLDblivion.”

Funding Status: Funded; currently at 132% with 18 days to go