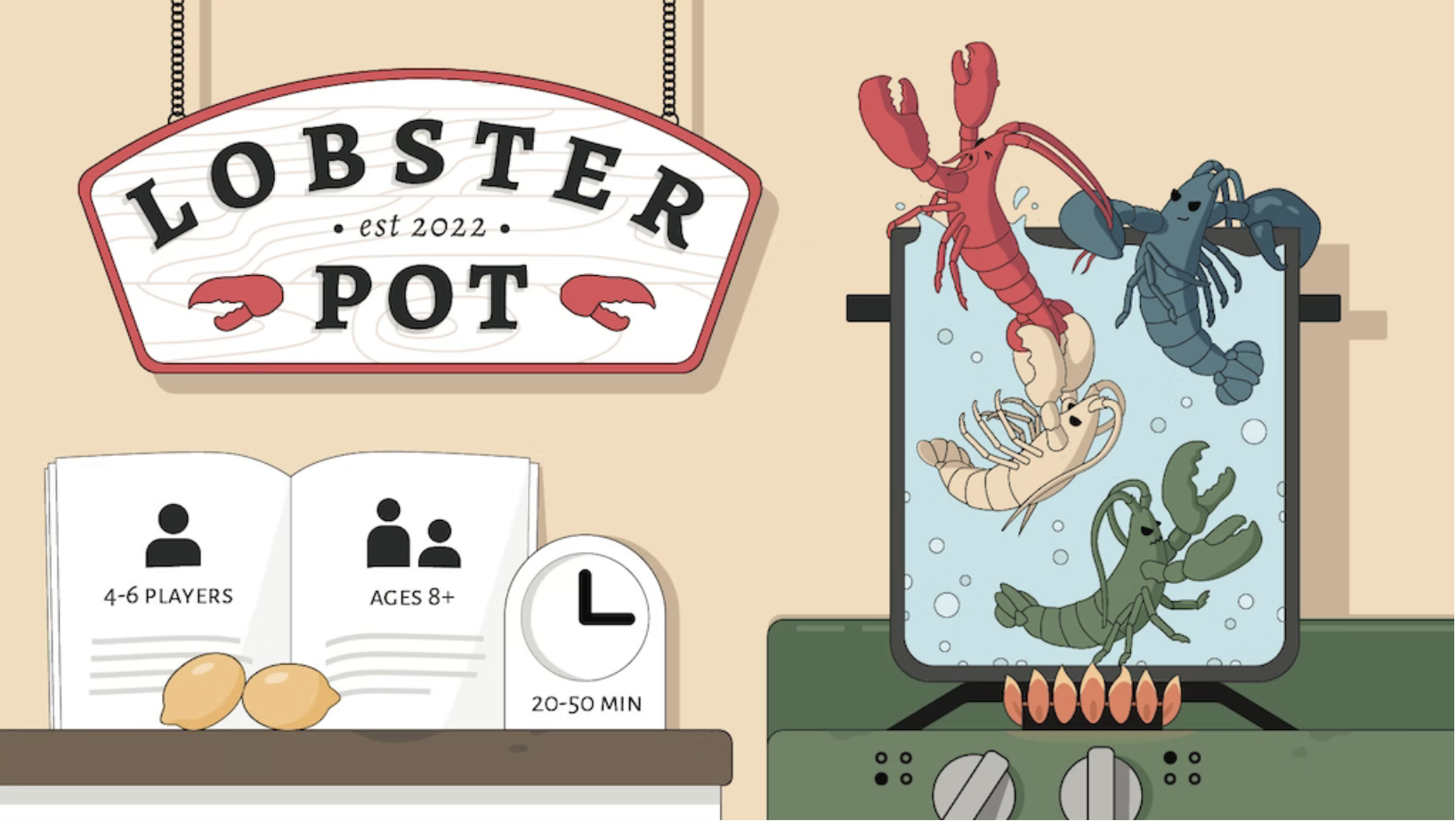 Summary: “You are all lobsters in a soon-to-be boiling pot of water. You could easily escape if it weren’t for one unfortunate fact: lobsters are not team players and will drag each other down. You will have to claw, pinch, mock, shame, and fight your way to freedom, leaving the others to boil. Through a series of die rolling, card playing, conflict-resolving mini games, and some general chaos, you’ll need to escape the pot and win the game.”

Summary: “World full of arrogance. A place where a Farmer can become the emperor, whereas Dwarf can be the highest. Every path of the explorer is not viable. Knight’s shield will not protect you from the wizardry and you won’t be able to say who is the real Oracle, as he might turn up disguised and the Assassin will appear suddenly, when you’re not expecting. Players are trying to complete missions and gain points, with the help of the power crystals, cubes and scrolls.”