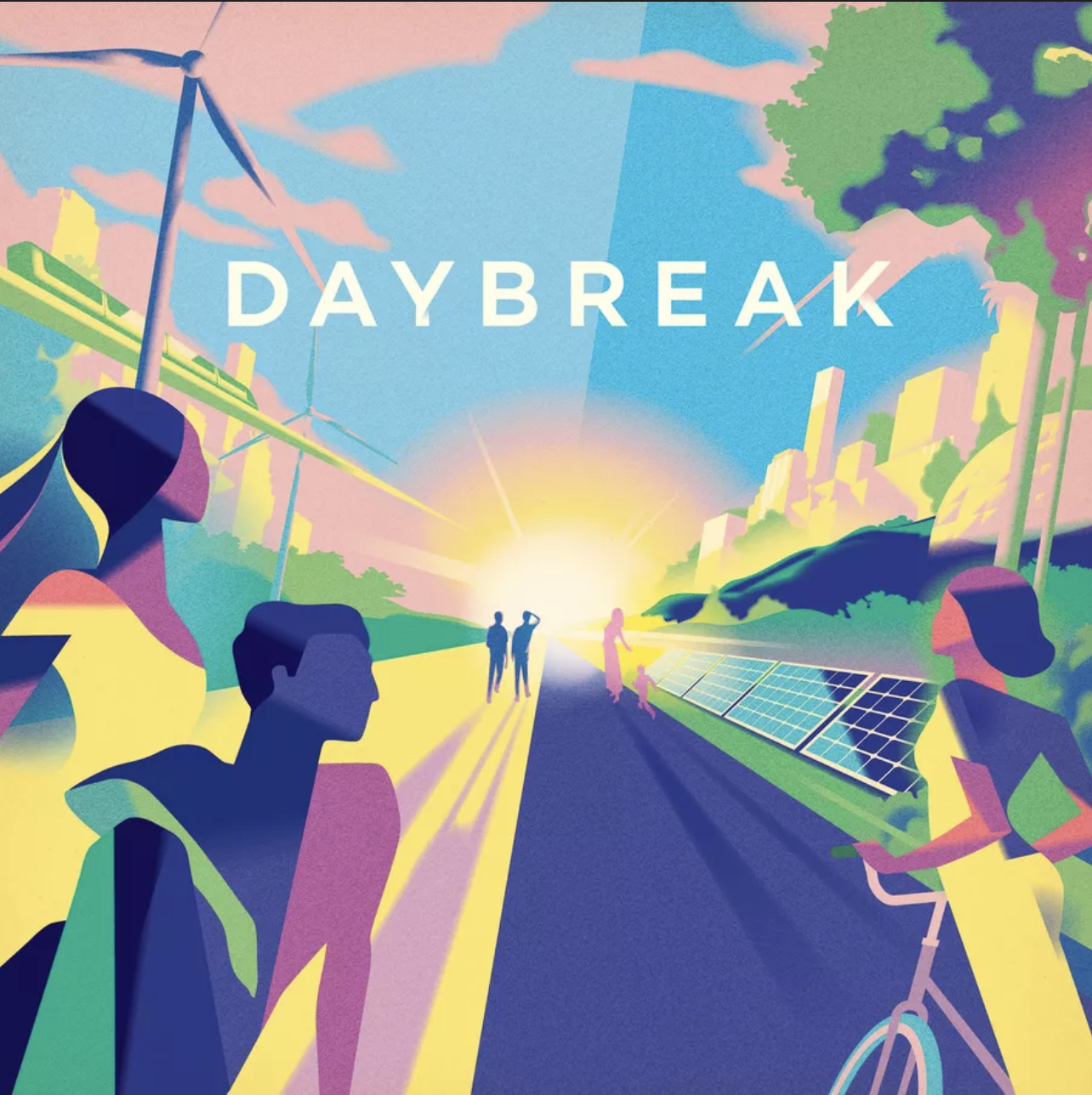 Summary: “A Japanese themed strategic card game with multiple paths to victory. As a ‘Daimyo,’ you will have to adapt to your enemies attempts to become Shogun before you, by making choices on which cards to buy and how to play them. To win Bakufu, obtain either 3 Peace Victory Points or 3 War Victory Points. Enlightenment cards can be purchased to accumulate Peace Points, and War Points can be accumulated by successfully attacking other players with Soldier cards. Additionally, players can also boost their base/castle with building cards – or purchase and play character cards to help themselves or hinder their opponents.”

Summary: “A co-operative game about climate action. Each player controls a world power, deploying policies and technologies to both dismantle the engine of global heating and to build resilient societies that protect people from life-threatening crises. If the global temperature gets too high, or if too many people from any world power are in crisis, everyone loses. But if you work together to draw down global emissions to net-zero, you all win.”

Summary: “A game you play with friends to test those friendships and hopefully share a laugh (sometimes haha, sometimes bwhahaha, usually muhahaha). Within the dungeon roams a terrible Cathulhian beast, Kevin. You are on a noble quest to steal the loot or be the sole survivor. With noble intentions you and your party members embark on this quest, which will very soon devolve into disarray as loot runs low. Avoid Kevin at all costs when you’re weak, and storm into glorious battle when you’re OP to claim the beast’s treasures.”

Summary: “The game includes many game modes, including a lone wolf one. Dungeon Universalis’ system merges its intuitive mechanics, card games, and the almost unlimited possibilities and options of an RPG. Dungeon Universalis includes a huge narrative campaign and several independent quests. It also allows you to design your own quests or simply to use its rulebook, system, and cards to replay missions and quests from other dungeon crawlers. The game adapts to any medieval fantastic background. However, it has its own background: the one used in the novel Raazbal, written by the author of the game and published in 2010. New Challenges introduces Campaign & Quest Book III, new optional rules and play modes, hundreds of cards (new objects, spells, skills, travel events, races, bestiary cards, etc.), and a new campaign map.”

Summary: “A mythical action-adventure cooperative campaign full of surprising twists with a sprawling story and intense fights played in episodes of under an hour. The game offers an accessible, RPG-like board game experience; meaningful narrative choices and action-packed combat scenes are the heart of the game. You will take on the role of a hero and backflip, double-slash, and charge your way to victory. The app-driven story lets you navigate your way through a city full of intrigue and your choices will ultimately determine the fate of the empire. The length of each game session is flexible. You can comfortably play through a combat and several story scenes in 1 hour, or spend the whole evening with your friends immersed in a thrilling adventure. After completing a carefully curated tutorial to ease you into the campaign, you will meet increasingly challenging situations and surprising encounters where you’ll have to combine the full potential of your hero’s abilities to succeed. The story adapts to the outcome of each combat, leading you down different paths of its sprawling branches, offering a unique experience with each playthrough.”

Summary: “Fences has expanded its acreage so you won’t run out of new things to do on The Ranch. You can now raise chickens, but watch out for the sly fox. You can ride a horse, drive tractors, and even sell your animals at the market: don’t make hasty decisions, though. You have the ability to store animals allowing you to increase your points at the optimal time. Open and close gates to change the size of your fields so you’ll never run out of room. With nine new expansions, there are plenty of ways to have fun with Fences at the Ranch. Fences is a tile-laying game in which you are a farmer trying to build pens for your animals. On each turn, a player plays one of the two tiles that they have. After placing, the player can decide whether to claim an unclaimed field. If a field has been closed, it is scored accordingly. To end the player’s turn, a new tile is drawn. There are fields for cows, meadows for sheep, and mud holes for pigs. You are trying to collect as many animals as you can. Every animal you enclose is worth points, and double points if you fence in only one type of animal in the pen. You can also throw other animals into your opponents’ perfect fields to keep them from the bonus. Careful, you can only afford to maintain a limited number of fields. The game ends after the last tile is placed.”

Summary: “It’s a hot summer and you see a new family just moved in across the street and you know what that means, boxes. You round up your friends and a giant bag of water balloons. You quickly split into teams, start stacking boxes, and fill your water balloons because everyone knows its time to Fortify. Use the variety of boxes (cards) to create a closed wall around your base. The larger you make it, the more friends can fit inside. The more friends you have, the faster you can build or the more water balloons (dice) you can toss at your opponent’s fort. Roll well and land your water balloons on boxes, rival friends, and ultimately their base to claim the day and the pride of the neighborhood.”

Project: Gay Sauna the Board Game

Summary: “A take-that strategy card game where you roast your friends and build the hottest potato posse to bring to the Potato Party (no one wants to show up with a group of uggos). Use action cards to sabotage your friends, assemble your sexy potato army, and win Potato Parties. Each Potato Party is worth 1-3 hotness tokens bringing you one step closer to ultimate hotness. First player to collect all 5 tokens wins. Hot Potatoz satirizes the superficiality of social media and the arbitrary nature of hotness and popularity in today’s society. In the game, showing up to the Potato Party with the hottest squad wins you tokens. These tokens represent your hotness using frivolous benchmarks like being verified on social media, earning fat stacks and having the juiciest booty. You’re only as hot as who you know and who knows you.”

Summary: “A deluxe combat card and dice game and 4-volume graphic novel series of beastly warfare.  Klaw: Were-Wars is a game of conquest and combat set amidst a secret, ancient struggle between supernormal animal spirits and their human Dizhi hosts since pre-recorded time. The goal of the game is simple: become the most powerful Dizhi, eliminating all contenders. Based on the international best-selling graphic novel series by Antoine Ozanam, Joel Jurion, and Yoann Guille, KLAW is an exciting world of noble heroes, despicable villains, unpredictable intrigue, and action-packed combat. Featuring a vast and diverse array of unique human Host characters and two dozen interchangeable animal Totems, the possible number of Dizhi power configurations is in the millions.”

Summary: “A quick-fire competitive wrestling card game. Players choose from a pool of wrestlers with differing strengths and weaknesses and play cards to attempt to beat their opponents in rounds of stat comparisons, allowing them to pin and knock their opponents out of the game until they are the last one remaining. Each player will have a hand of cards with varying effects and usefulness and must also manage their own stamina resource to survive their opponents’ attacks.”