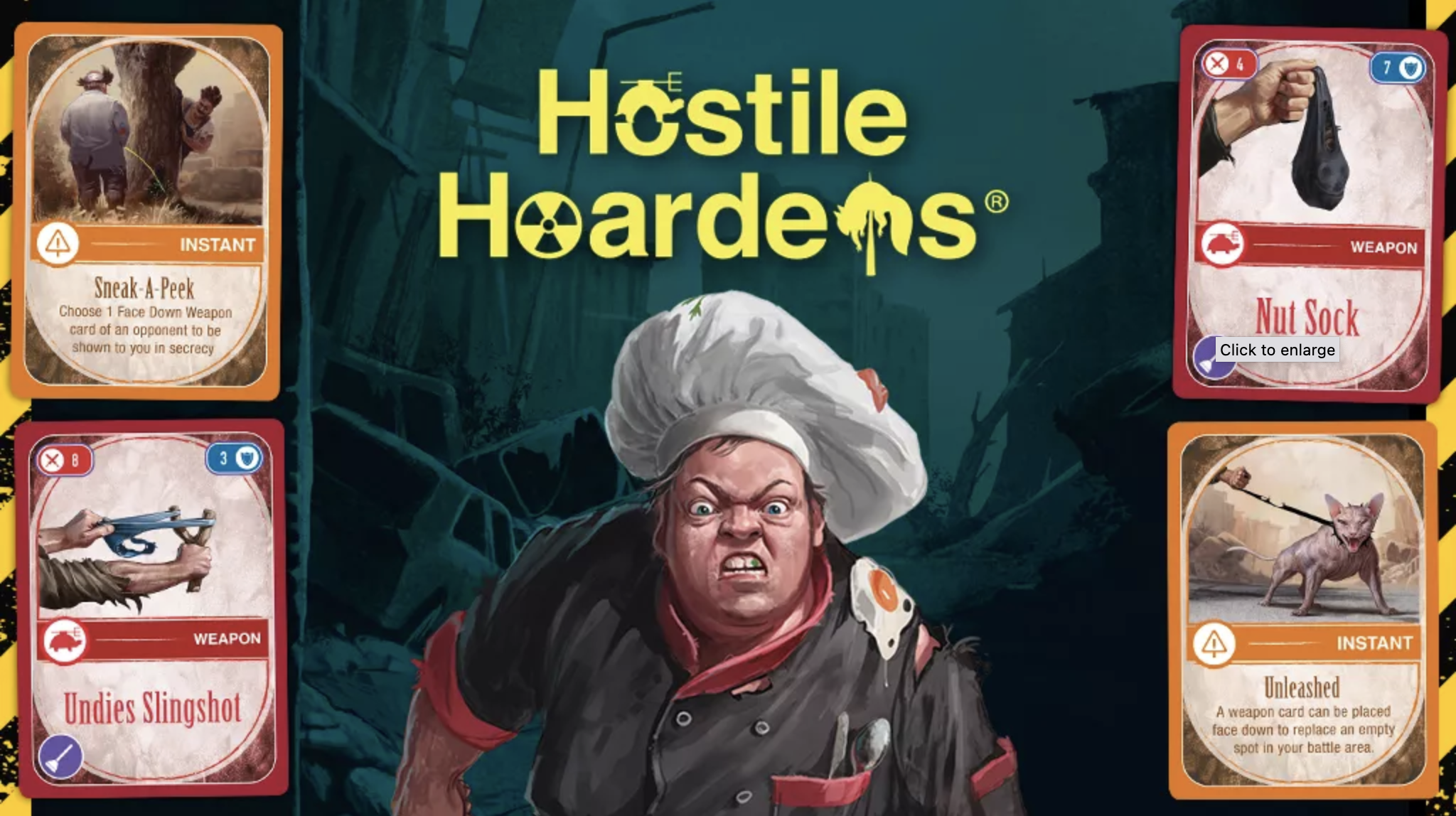 Summary: “A game of war and self preservation. Each survivor plays 4 weapon cards face down in front of them. Choose from one of your attacking weapon cards and pair it with an opponent’s defending weapon card. Compare your attacking power to their defending power. The winner of the battle has prevailed and collects their reward. If the attacking player has conquered, they receive a meal that day, collecting one ration card. If the defender has bested the battle, they flip their defending weapon back face down and steal thee attacker’s weapon for their own, adding it to their hand. Various instants can be added to aid in the skirmish. When you have depleted all of your fellow survivor’s defense, go in for the kill. Attack a player with no facedown cards in front of them, and collect their survivor card as a reward. No food, only glory. When all other survivors are eliminated or a player has collected 10 ration points, you are the glutton of the apocalypse.”