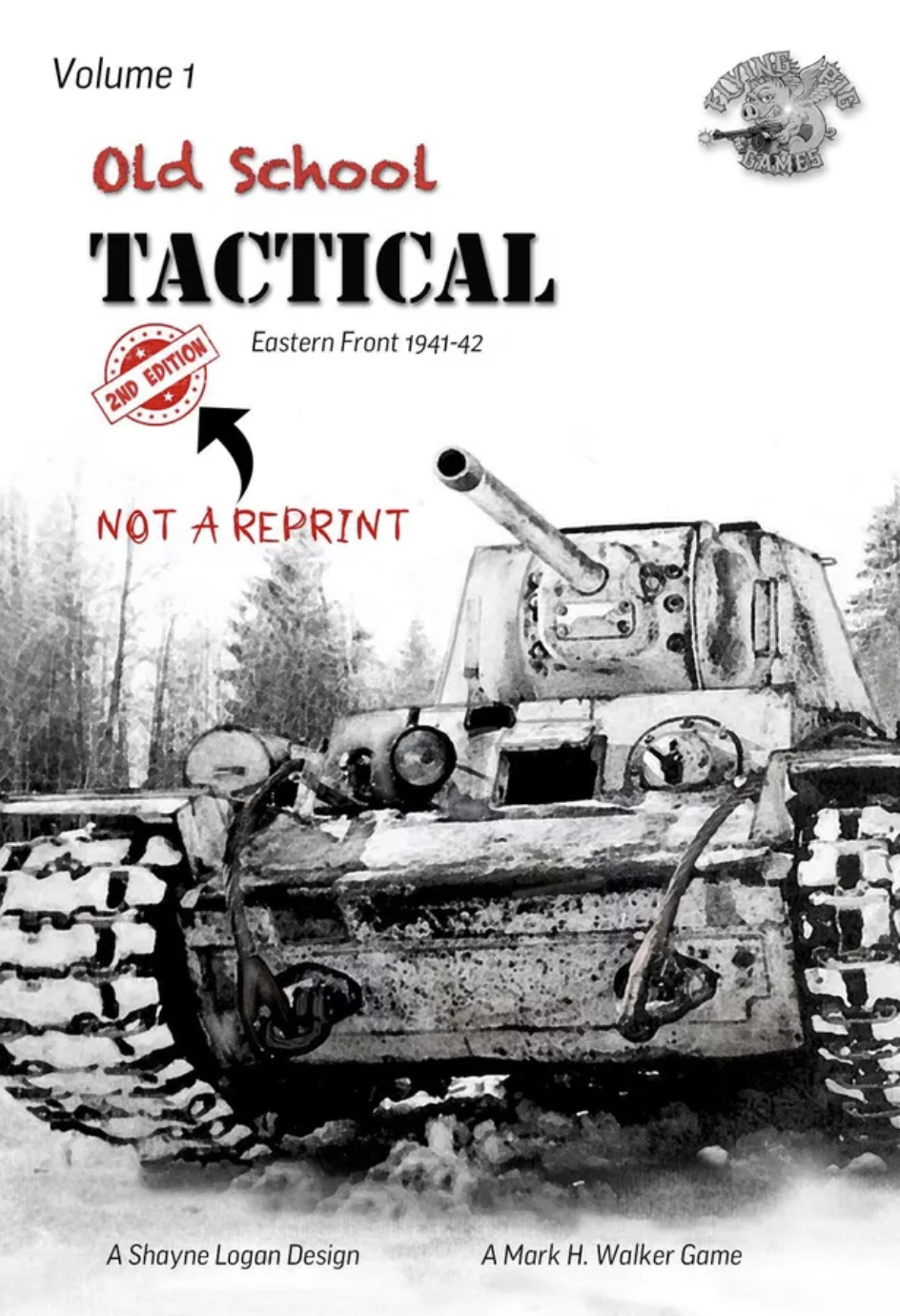 Summary: “Two players contest each scenario using counters representing the soldiers, guns, and vehicles that fought these desperate battles. On each turn play goes back and forth between the sides as Impulse Points are spent to enable a player’s forces to act. When the battle is over, casualty and victory points are tallied and a victor is declared. Infantry target other soft units and attack using their Firepower value against the target’s Defense value. The attack can be modified by Leadership, support weapons and terrain effects. And when things get intense, Assault moves into enemy hexes result in deadly Close Combat. Dice rolls are made using the Infantry Combat Table and results are implemented. Attacking armored vehicles requires a roll to Hit the vehicle at range. If a Hit is scored, the Firepower value of the attacker’s gun is used against the target’s front or flank Defense value. Dice rolls are made using the Vehicle Combat Table and results are enforced. Vehicles may also use their HE Firepower value and secondary armaments directly against soft targets using the Infantry Combat Table. Old School Tactical (OST) Vol I is the game that started the Old School Tactical train rolling. With its huge maps, straightforward play, and realistic feel, the game was an instant hit. So much of a hit that it sold out. Sold out and was reprinted and then the reprint sold out. Now it’s back in the ring, to take another swing. Not a reprint, but a full up 2nd Edition.”