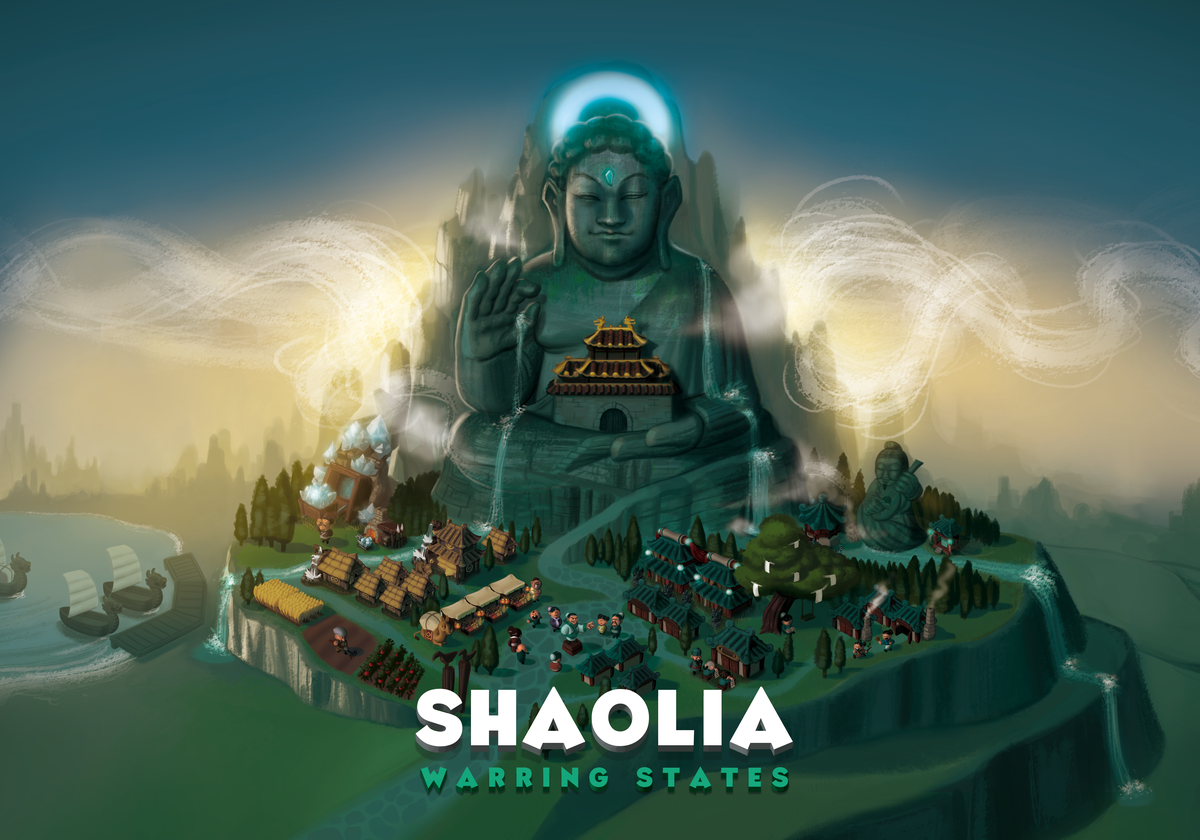 Funding Status: At the time of this posting, Shaolia is already fully-funded. Pledges currently total more than 3x the initial funding goal with less than 2 days to go on the campaign.

How It Works: “A game of Shaolia ends in 2 ways: by dealing 12 points of damage to your opponents palace, destroying it; or by achieving a culture score of 18.” Shaolia is played over multiple rounds of 3 phases each: Purchase, Building, and Action.

During the Purchase Phase, each player can purchase 4 items from among the Level 1 cards, Level 2 cards, extra dice, and Officers, as long as they have all of the required resources to do so. During the Building Phase, players can pay the Building Cost to build Buildings, pay 3 Gold to open a locked space, and Demolish a constructed card at no cost. Finally, during the Action Phase, the player rolls 3 dice and then activate card abilities with the results.

Rinse and repeat until either end game condition is met. The base game comes with 7 different Game Modes/Scenarios for use with various player counts from 1 to 4. The new Great Houses expansion comes with 6 more Game Modes as well as more of everything: new quests, 120+ new cards, and a pure solo mode.

Comparisons: Since the essence of Shaolia lies in its tableau-building, engine-building, and competitive play between players, it seems closest to 51st State: Master Set, Imperial Settlers, and Machi Koro.