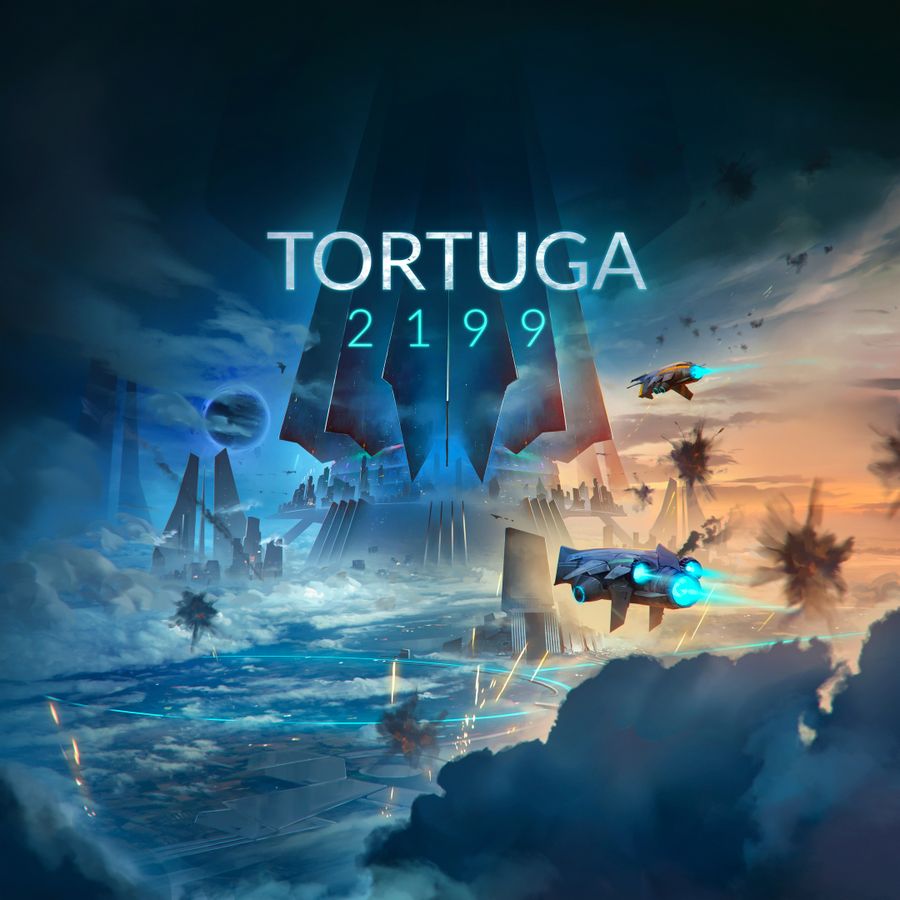 Funding Status:  At the time of this posting, Tortuga 2199 is already fully-funded. Pledges currently total more than 3x the initial funding goal, with just less than 6 days left to go on the campaign.

What It’s About:  “Tortuga 2199 is a deck building, exploration, and area control game for 2–4 players” where you play as the captain of a space ship.

How It Works:  “In Tortuga 2199, players take the roles of pirate space captains. Their objective is to become the most powerful capatin and unite all sectors and clans of Tortuga under their authority. Upgrade their ship and hire new crew members. Explore and conquer different sectors of the planet. Fight space beasts and board other captains’ ships.”

During a typical turn in Tortuga 2199, players will play cards from their hands and perform actions. Most turns, players will start with 5 cards, but there may be exceptions, particularly at the start of the game. Actions players will typically be able to take on their turn: Draw the Reserved Card (but only at the very beginning of their turn), Play a Card for Resources and/or Special Abilities, Buy a card (spending Crypto resources and/or Mineral tokens), Refresh the Market in the current sector, Move, Collect Minerals, Explore the Hunted Creature, Reserve a Card from their Hand, Destroy a Played Card, Capture the Hunted Creature, Redeem a Hunted Creature Card, Conquer the Sector, Reinforce a Sector, and Attack an Enemy Spaceship.

Combat is somewhat similar to that in Scythe, with each player choosing to select a certain number of cards with hidden combat values. But there are a few more rules at play in Tortuga, giving the combat slightly more depth than that of Scythe.

Comparisons:  You could make a quick comparison to any game that involves a combination of area control and card play, like Eschaton or Tyrants of the Underdark, or even Tapestry. But I think a better comparison to Tortuga’s grab bag of mechanics, which includes card play and area control, is Orange Nebula’s Vindication.

What Should I Pledge?:
$59 The Rogue: a copy of the KS Edition of Tortuga 2199 with 5th player Shipwreck Bay Expansion, plus any unlocked stretch goals.
$79 The Captain: everything in The Rogue pledge, plus the exclusive playmat.

KS Exclusives
The Kickstarter version include the 5th Player Shipwreck Bay Expansion; retail copies will not include it. The following components are also KS-Exclusives that will not be included with retail copies: 40 colored plastic player marker pieces (replacing cubes), the Flying Dutchman and Phantom ship miniatures, additional status cards from stretch goals (currently 2), and the plastic tray insert, and Spot UV on the box.

Tortuga 2199 completes its Kickstarter on Thursday, February 13th and tentatively ships in August 2020.