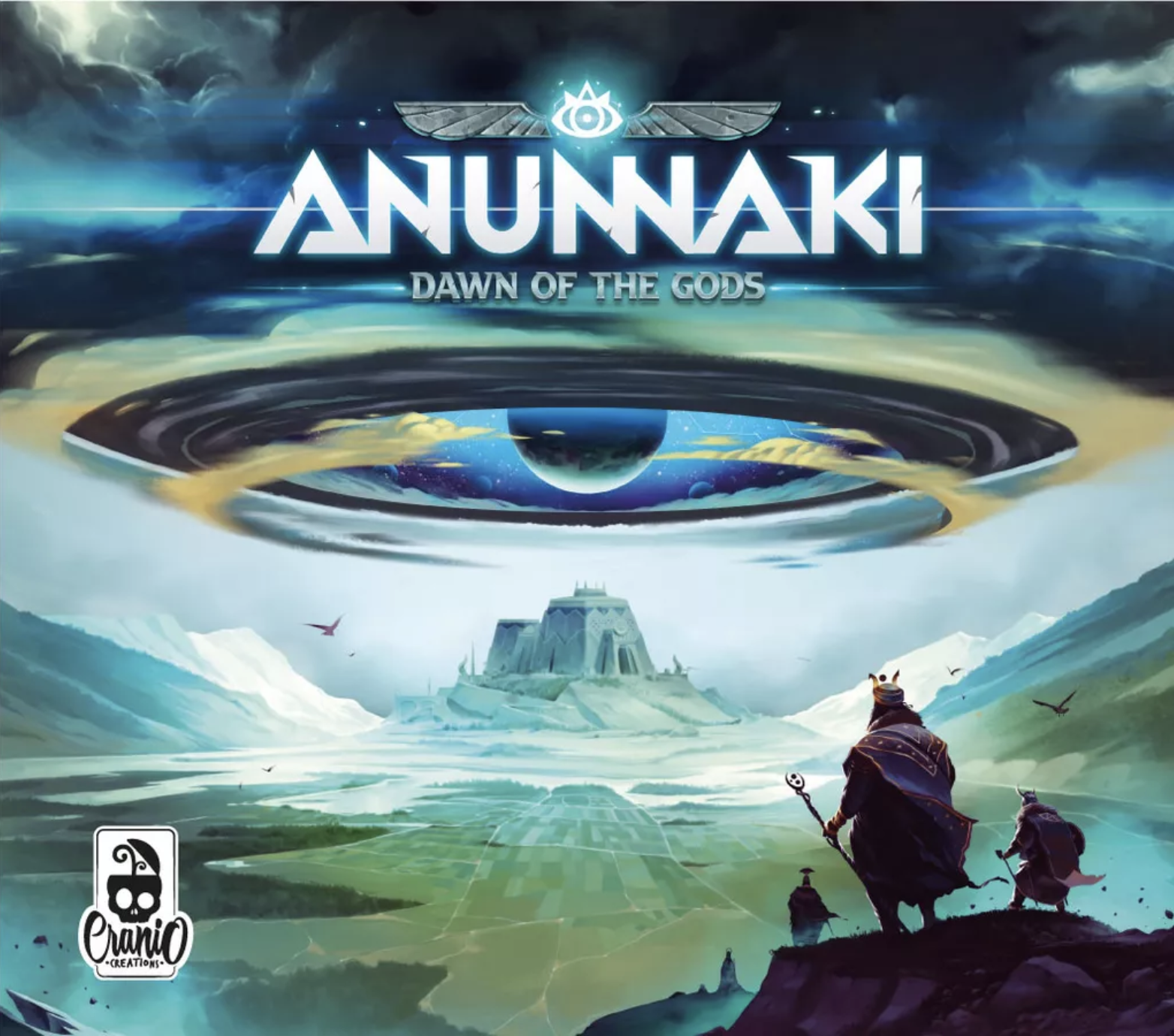 Summary: “A 4x eurogame set in an ancient dystopian past, where mythology and science-fiction come together. Each player represents a different House whose rulers are viewed by terrestrial population as gods. Players build bases, recruit troops, embody gods, explore the territory, develop their own technology, sign trade contracts, defeat local dominions and other players’ armies, trying to conquer Atlantis, which owns huge treasures. Your ancient alien civilization is leaving its dying planet in search of a new homeland. The promised land is represented by Gaia, which is home to the magnificent human civilization of Atlantis. But beware, other Houses (factions) of your civilization also have the same goal and only one will be able to dominate Gaia. Different actions will provide a certain number of immediate Victory Points. Moreover, random setup goals will provide you with sizable Victory Point rewards at the end of the game, based on specific conditions. In addition to having a strong dose of control-ability (with minimal luck), the game features an innovative starred action-selection-system that confronts players with interesting choices: players can reincarnate their gods by performing their actions in a precise sequence, on pre-established paths of their starred player board, or they can give up some deities, jumping freely from one action to another of their board, to choose from time to time the situationally best actions.”