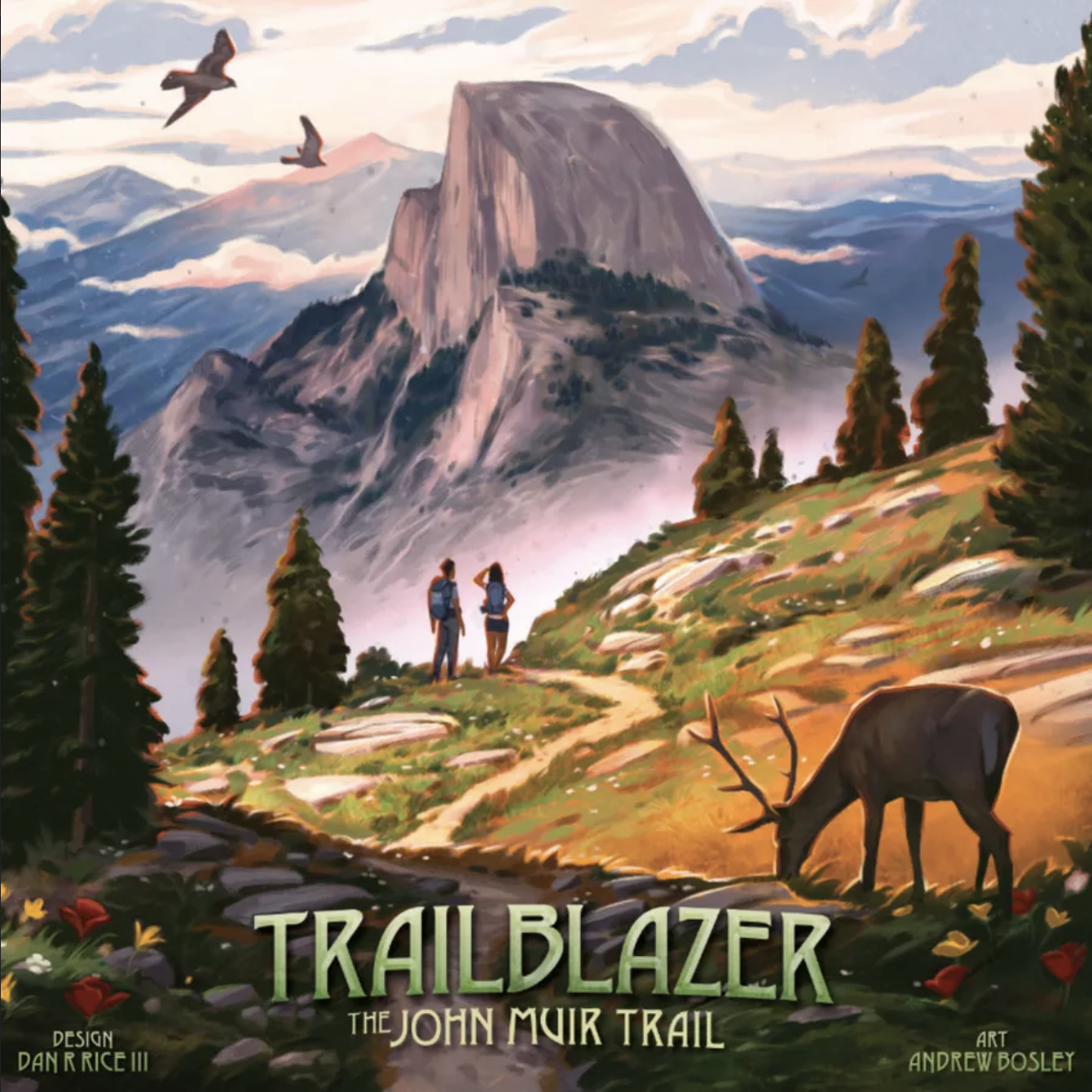 Solo Mode: no (yes with expansions)

Summary: “A card-based tactical skirmish game for 2 players (1-4 with expansions). With perfect information, players must truly outwit their opponent to win. Characters are composed of 6-card sets featuring a hero card, a health tracker, and action cards. Occasionally a minion or item will replace an action card. The map is built of 6 cards as well, with the cards randomly placed in a set pattern. Players take turns maneuvering their characters around the dynamic, and often dangerous map while unleashing powerful attacks. As action cards are used they open up new possibilities and empower the character’s battlecrests. Build up to decisive strikes or refocus to get powers back. Every character has a unique set of actions and preferred tactics, so no two battles play the same.”

Project: Hunters of the Lost Creatures – The Card Game

Summary: “A fast-paced people-friendly card game that you can win against your buddies or lose against your 6 year old kid. But winning or losing only depends on your decisions – not on dice or drawing luck. Join the ultimate battle between strategy and haphazardness. But keep an eye on the interests of your competitors and beware of Trolls, Thieves and Turnados. Secretly choose a hunter for a designated hunting area: Sea, Air, Forest or Plains. They will catch a creature for your awesome wildlife park. You get the creature unless another player has sent a hunter to the same hunting area. The shy creatures will hide if more than one hunter is in their area.”

Summary: “A card based, resource management game in which players try to terraform planets, create colonies and bring back survivors to their home worlds. On each turn players move their spaceship (Ark), use their cards in one of 3 different ways in order to gain and convert resources and perform various actions on planets, moons and space stations. Players try to gain victory points by terraforming planets, scouting for survivors, settling them on their home worlds and creating colonies on planets they visit. Once a set number of planets is fully terraformed, the player with the most victory points is considered the winner. The game includes a robust solo mode that uses a super simple Automa deck to perform the AI players actions. Various levels of difficulty create a challenge for any player.”

Summary: “A fast playing 1-4 player strategy game of drafting, area control, and set collection. In the frigid Runic Isles of the North Sea, the Vikings reign supreme. These determined explorers navigate the icy fjords, build fertile settlements upon rocky crags, and fight for the glory of their clans with blood and steel. Only the Gods stand above them, and it is every Vikings’ dream to serve their God in the afterlife, Valhalla. Players lead a clan of Vikings over 3 eras, in hopes of claiming the icy lands for their own. They play Viking Cards that represent their clan’s leaders, choosing the best builders, harvesters, explorers, and warriors. Raid and conquer the islands with settlers, build boats and temples to gain influence, and battle for the favor of the gods.”

Summary: “Trailblazer: The John Muir Trail takes place over the course of twelve days/rounds of hiking and backpacking along the John Muir Trail (JMT). Embark on a journey of exploration and discovery along the historic John Muir Trail through the High Sierras of California. Explore the majestic mountains and lush meadows, the picturesque waterfalls and alpine lakes. Scale the heights of Yosemite’s iconic Half Dome or Sequouia’s Mt. Whitney. Enjoy meandering through Evolution Valley or Tuolumne Meadows, pausing to take in the beauty of Thousand Islands Lake or cooling your feet in the Kings River. Be humbled beneath a giant and ancient Sequoia, or catch (and release) a Golden Trout, listen to the song of an Ouzel, watch Marmots at play, or spot the rare Snow Plant. You will experience daily trail encounters, choose to explore destinations along the trail, acquire and manage natural and personal resources, discover and observe the sights and sounds of your environment, adapt to ever-changing weather conditions, and move along the entire trail, all while wisely using the items in your backpack to maximize your experience. You can earn trail points in several ways along the route, such as placing workers on your tracks, collecting sets of field guide cards, scoring instantly with destination cards, and using your backpack gear efficiently.”