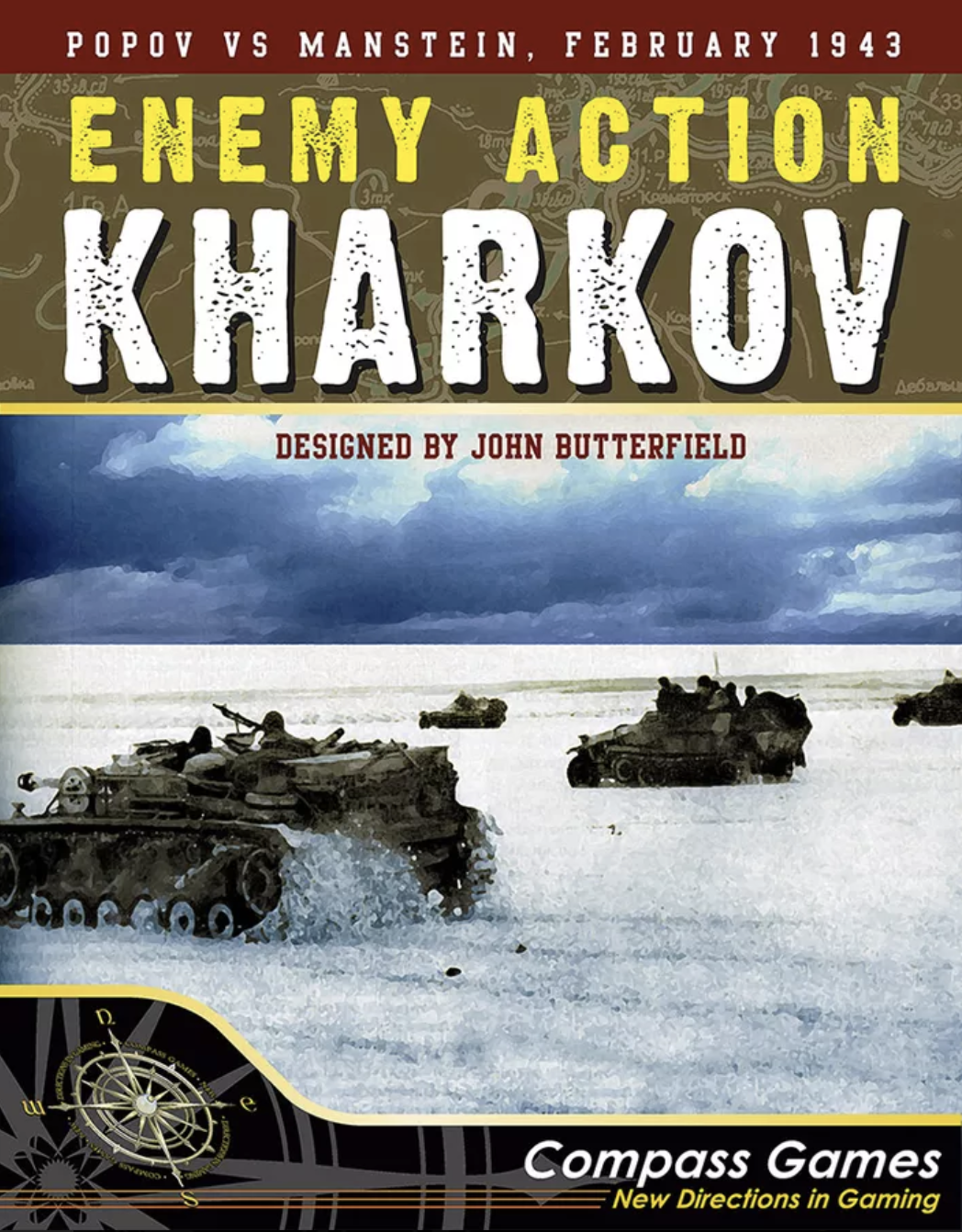 Summary: “The second game in John Butterfield’s acclaimed Enemy Action series (after Enemy Action: Ardennes) of card-driven games simulating pivotal battles in World War II, playable by two players or one player controlling either side in the conflict. Enemy Action: Kharkov portrays the Third Battle of Kharkov, the key Eastern Front battle in which the German Army ended a string of Soviet victories begun at Stalingrad. In the late winter of 1943, Soviet Operations code-named Star and Gallop drove the Germans from the city of Kharkov and threatened a complete breakthrough, only to be driven back by the German counteroffensive known as Von Manstein’s Back Hand Blow.”

Summary: “A push your luck style card game where you and the other members of your doomed expedition fight to make it to the escape pod, grabbing as much treasure along the way and get off the planet. Players must try to overcome challenges and bid on treasures over the course of 10 turns. Be careful as you can gain contamination which will clog your deck and gain you negative points. Whomever has the highest value of treasures at the end wins.”

Summary: “Build your own dinosaur and fight against the reptile of your opponent. All actions including the dino parts are represented in the play of cards.”