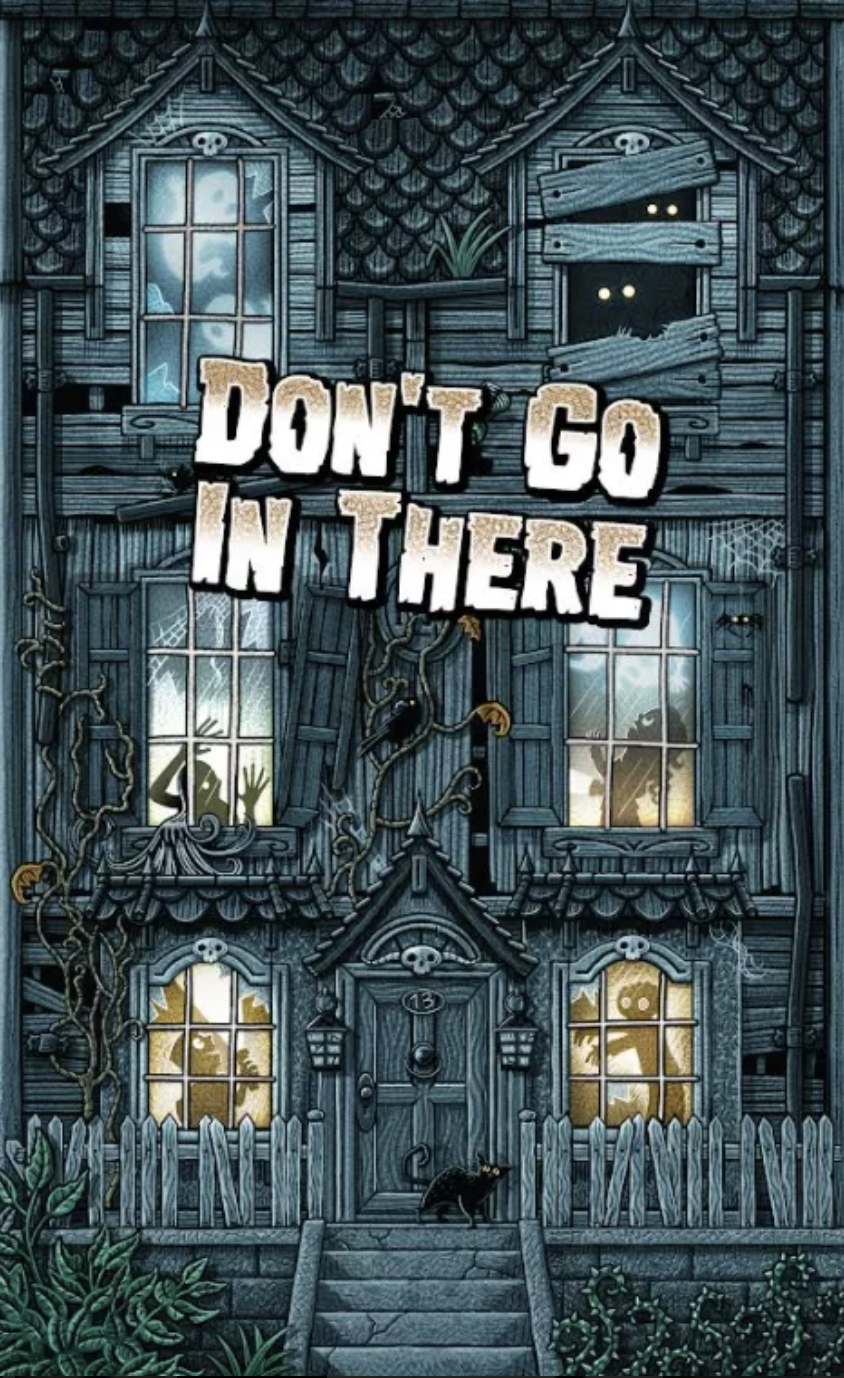 Summary: “It’s December 23rd at 4 PM and the house is not yet decorated for Christmas. Work together to get the house “decked” in time. Christmas is fast approaching. Get the 10 locations inside and outside of your house “decked,” and the house cleaned up by the time the clock strikes Midnight on December 25th. Play as a team against the game. You all win or you all lose. Choose your actions carefully because time passes quickly and supplies are limited. There are many distractions keeping the task from getting done. But keep your chin up, Christmas is a time to celebrate and there’s plenty of Christmas cheer to keep you motivated. The magic of Christmas is in your hands.”

Project: Don’t Go In There

Summary: “Play as a meddling kid wandering too far into a creepy haunted house. You knew you shouldn’t touch anything, but like any protagonist in a horror story, your curiosity got the best of you and now you’ve accidentally awoken an evil presence in the house. You’ll have to undo the curse to escape with your sanity or forever be haunted. It’s a fast, easy-to-learn game that uses push-your-luck ‘set destruction.’ Decide how risky to play as you venture deep into the haunted house. Do you take first choice of the items and risk attracting haunts, or play it safe? On your turn, choose a part of the haunted house to explore by placing a meeple in one of 5 placement spaces in each of the 3 rooms. The deeper you go into a room, the more likely you are to get the cursed item you desire, but be careful– the further you go, the more ghosts will haunt you. Collect the right items and you can dispel some of your curses. When 3 meeples have been placed into a room, the ghost dice are rolled. Depending on the result and the placement of the meeples, players will gain ghosts tokens. Next, players take cards from the room, depending on their meeple’s position. At the end of the game, the player with the most ghost tokens is haunted, gaining curses equal to the number of ghosts they have collected. Players then add up the curses from their ghosts and their item cards.”

Summary: “Element Arcanum is a deck-building card game where players alternate between Combat Turns, vying for Stars (victory points), and Research Turns where players can improve and optimize their decks. Hundreds of years in the future, scientific advances have given humans control over the power behind the elemental forces of nature: Fire, Water, Wind and Earth. Through genetic engineering, the richest families of the galaxy have evolved a race of superhuman wizards. The strongest representatives of each generation participate in a galactic tournament once a year called the Elementa Arcanum — a spectacle so mesmerizing it surpassed the Olympics and rendered it obsolete. As the years pass, the most talented of each generation slowly begin to emerge until a victor is declared. The winner is named the Elementa Prima and dons the Black Hole Robes, forever etched into history.”

Summary: “Harness the resources and special abilities from alien worlds as new technologies and cosmic events spread across the system. Humanity’s last hope at survival lies in a distant star system: will your empire be forged through diplomacy or complete domination? Battle opponents to seize control of unique planets, utilize powerful planetary abilities, and gain renewable energy sources to ensure your survival. But be careful – massive Events change the course of each game, and enemies are lurking around every corner. Meridian: Empire in Space is a medium weight space exploration game for all ages. It’s easy-to-pick-up and dynamic mechanics allow for many different routes to victory. Colonize different planets. each with unique abilities that may trigger a new emerging technology or a cosmic event. Players must shift their strategies to deal with new and changing threats present on the board and by other players.”