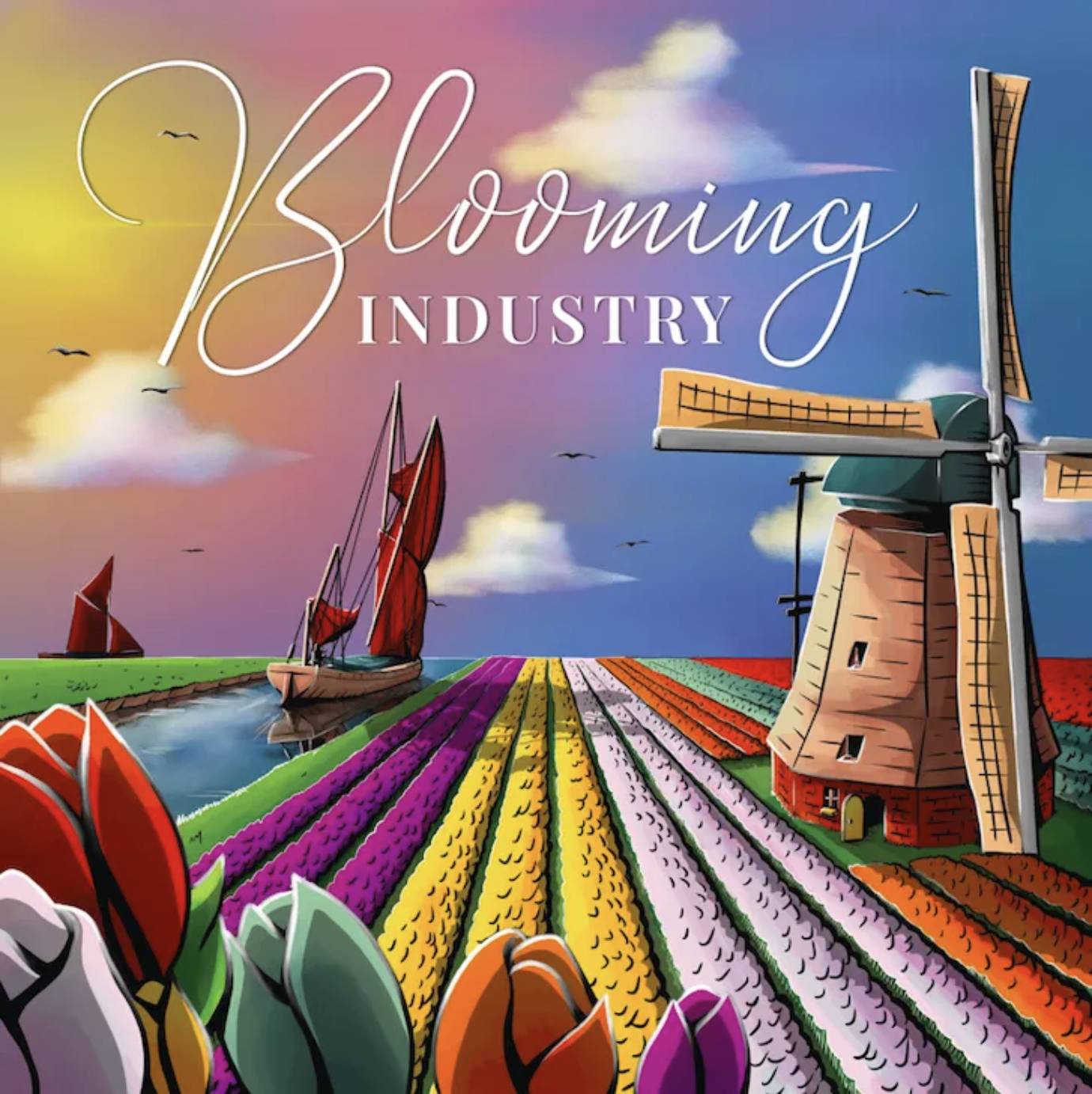 Publisher: Nothing But Games

Summary: “AracKhan Wars is a tactical card game where 2 players battle for dominance in epic duels. Take control of a province of AracKhan and defy your opponent on the battlefield. Launch the assault with your army of 23 cards. Cast spells. Place your cards wisely and counter the plans of your opponent. Your skills as a strategist will be as critical as the value of your cards. There can be only one victor at the end of 9th and final round.”

Summary: “A light strategy, area control and resource management board game with heavy player interaction. The game challenges all family members to find 5 sacred scrolls as they battle over the ancient land of Canaan. The bottom of the box is used as the game board. The map of the game can be assembled in numerous combinations, so each game session plays differently.”

Summary: “The tulip industry is booming and being that you are a tulip farmer, it’s time to strike while the iron is hot. Your goal is to harvest, transport, and sell tulips from your farms to the market. You have to sell them quickly though. Tulip prices decrease as tulips of the same color are sold, so the quicker you can sell your tulips, the better.”

Summary: “Deliverance is a cooperative tactical adventure board game about angels, demons, & the saints caught between. Take on the role of elite angelic warriors and discover the mystery of the demonic obsession with the small town of Fallbrook. Deliverance has a rich theme intricately woven into the gameplay, and offers a story-driven campaign and a highly replayable skirmish mode.”

Summary: “A competitive strategy game where 2-5 players lead powerful organizations tasked with exploring and exploiting the solar system in the name of humanity.  To achieve victory, you must develop your capabilities in engineering, infrastructure, and management, as well as researching future tech and delivering resources vital to Earth. Granted a 4E licence by the United World Bank under the aegis of the Edict, these organisations represent powerful real-world factions, possessing unique abilities and strengths that give each a particular tactical edge. Edict is a non-combative 4E game (Explore, Exploit, Expand and Export) where your goal is to build a commercial empire to dominate the solar system.”

Summary: “Jackpot Payout combines the wild swings of fortune of slot machines with player-driven choices of deck-building games. Hit a jackpot by matching symbols on all three cards in play. Cards are worth their value in coins, but each card can only be scored once. Once a player receives 12 coins, the game end is triggered and a final round takes places where players have an opportunity to chain jackpots together!”

Summary: “In Overstocked, players must stay up to date with the latest 90s toy crazes, filling their warehouse with the most in-demand toys, and avoiding stocking the least popular. Each turn, players place cards into either their personal warehouse, increasing the number of each toy they have to sell, or into the central demand, which is shared by all players and represents how many people want each kind of toy. At the end of the game, once everyone has played all the cards in their hand, players score points for the stock in their personal warehouse. The more demand there is for a toy, the more points it scores. However, the toy with the most demand scores negatively, so avoid overstocking at all costs.”

Summary: “Skeptics is a cooperative dice rolling game where players explore potentially haunted locations to prove the existence of ghosts. Players take on the role of Investigators gathering evidence of the paranormal. Investigators race against the clock exploring rooms and rolling dice to match icon sets to Search, Reveal, and Solve Clues. Each Clue will lead Investigators one step closer to revealing the Ghost. Environment Cards are drawn every hour, which may have hazards and conditions that will impede the Investigators’ progress. Investigators win if the existence of the Ghost can be proven in time, but Investigators fail if time runs out.”

Summary: “In Traps, players take control of a team of two unique adventurers. Each team is desperate to escape the jungle the first. You’ll use a variety of cards and special abilities to make it happen. Draw from hundreds of unique cards to help you make your escape. Use your characters’ special abilities to incite game changing moments. Plan your perfect strategy (and a few backup strategies) to stay one step ahead.”

Summary: “Bait & Switch is a two-part social deduction game for 3-9 players. Each round players will have to decide which crew to join to pull off a heist. After the heist, they’ll either keep their alliances and split the loot, or try to double cross the crew and keep it all for themselves. Played over 5 rounds, the winner is the player closest to 25 points without going over.

Cultivate is a spatial card-laying game for in which players draft succulents, house plants, and cacti, then arrange them in their gardens. During the game, they’ll create their personal gardens by laying and tucking cards, buying and placing trinkets, and covering all those pesky bugs. Score points by creating sets of plants with similar growing conditions and carefully arranging your plot.

Every year the animals at the Miller County Zoo have to watch the zookeepers party all night long on New Year’s Eve while they’re stuck in their enclosures. This year the animals are crashing the party. Penguins, elephants, monkeys and giraffes are determined to get into this party, while the lions and snakes do what they can to ruin the fun. Each player starts with 3 cards and takes turns attempting to sneak their animals into the party by playing those cards face-down. If someone calls your bluff, you take an extra card. If not, they’re in. The first player to get rid of all of their cards wins.”