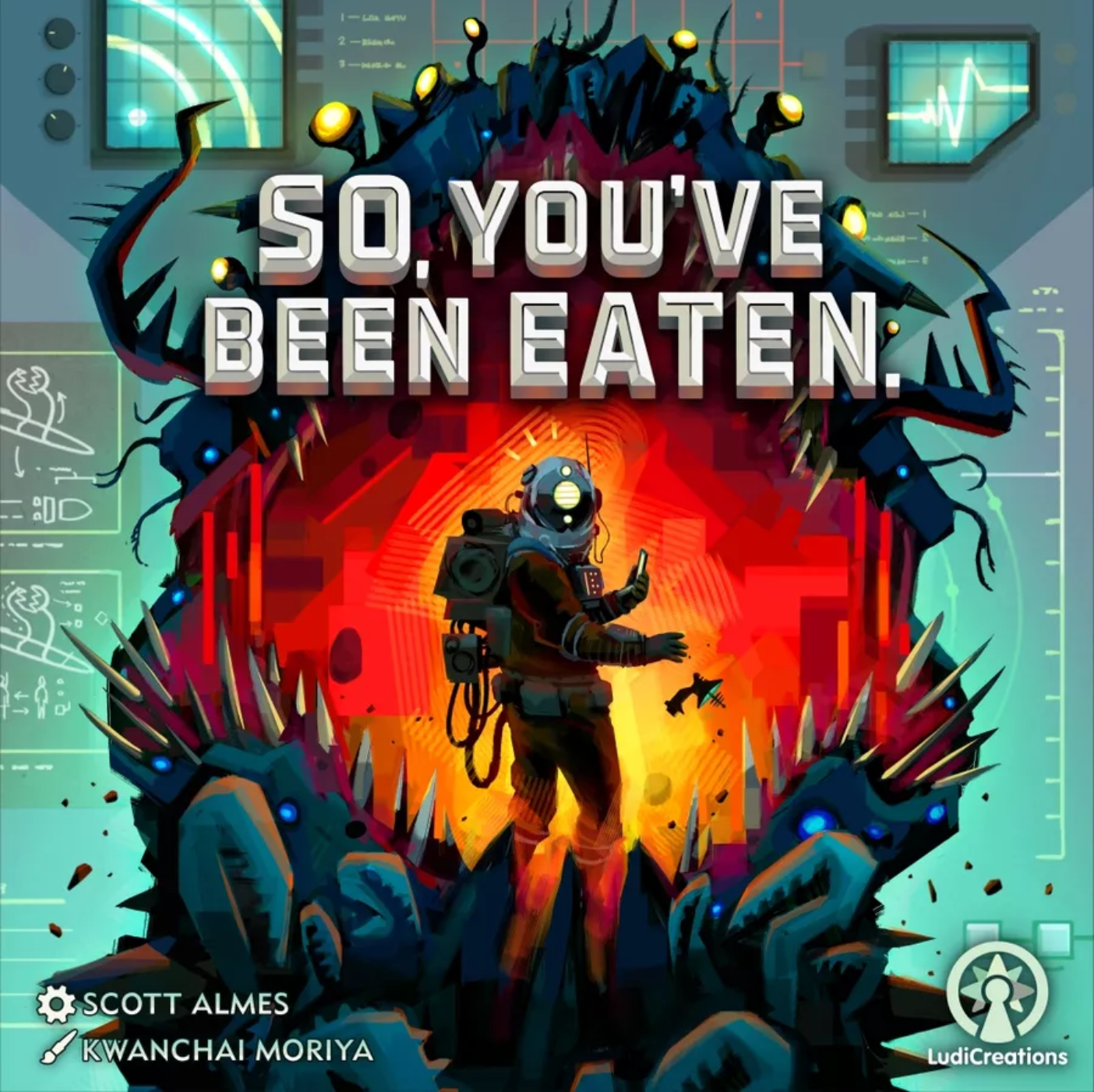 Summary: “You are a restauranteur in the 1950s trying to take advantage of the recent colonization of the moon in this alternate version of Earth. Your goal is to be the first restaurant to five stars, and you do this by completing critic orders with your ingredients. You have to place ingredients down in the correct order, and to gain critic perks (which help you later in the game) you have to use luxury ingredients as well. These critic perks are used to increase your hand size, redraw cards, play cards in different orders and discard cards, all in the name of creating the perfect meal for other critics.”

Summary: “A cutthroat card game consisting of three decks and more than 300 cards. This adventure game combines strategy and luck with aspects of RPG. The game’s unique lore and visuals produce a new adventure every time the game is played.”

Summary: “A family-friendly, hot pot themed card game. The objective of the game is to cook and eat as much food as you can before the dipping sauce runs out. The player with the most number of points wins, BUT if another player reveals the King of the Pot card at the end of the game, a final eat off will be conducted to determine the ultimate winner. The gameplay simulates the actual eating of hot pot. You need Tongs or Slotted Ladle to cook ingredients, and Bowls to contain the cooked ingredients. You get to roll the dice for each bowl card played in front of you. If you manage to roll a matching colour with an ingredient in the cooked area, dip it into a sauce before you eat by picking a Sauce Card.”

Summary: “You have been challenged by Zeus and Hera, rulers of Olympus, to take part in a race of epic proportions. With help from fabulous mythological creatures and all the quirky Gods and Goddesses in the Greek Pantheon, be the first to reach the highest peak of Mount Olympus, where eternal glory awaits.”

Project: So, You’ve Been Eaten.

Summary: “In So, You’ve Been Eaten. the Miner and the Beast will face off against one another. The Miner earns points by collecting Crystals and the Beast earns points by developing Immune Responses and by its Bacteria attacking the Miner. The Miner wins instantly by collecting all 8 different Crystals, and the Beast wins instantly by digesting the Miner after the attack of four Bacteria of the same type. Of course, there’s always the possibility that the Miner will simply pass through the Beast’s system, and then the player with the most points wins!”

Publisher: The Ministry of Meeples

Summary: “Take on the role of a half-forgotten god who wishes to restore their name to its former glory. At the beginning of the game, you have only a pair of loyal acolytes and a handful of followers situated at the rural edges of a faithless world. However, as the game progresses, whole towns and cities will pledge their devotion to you… or else they shall perish by your hand. Welcome to a land in which epic pilgrimages are undertaken, incredible miracles performed, and fantastical beasts summoned as jealous gods clash in a fierce contest for recognition and reverence.”