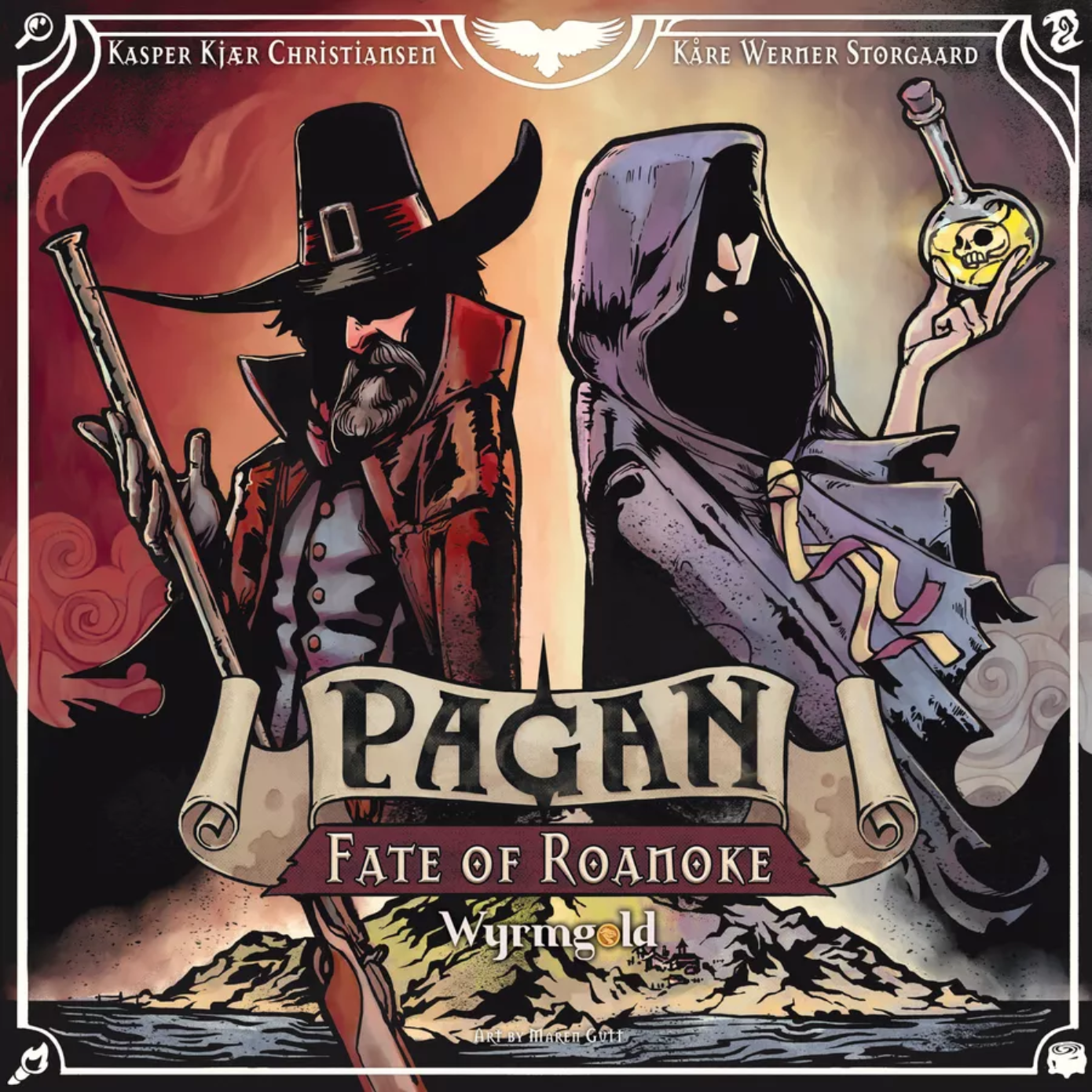 Summary: “An asymmetrical card game with two players competing to be the first to complete their individual objective. As the Witch, your objective is to collect enough secrets to perform a ritual so potent that the entire region will fall under your spell and Mother Nature will reclaim the Island. As the Hunter, you gather all the allies and support you can muster, to bring the Witch to justice before its fatal ritual comes to fruition. Nine villagers are under suspicion and only the Witch player knows who is the real witch. Each turn the two players use their action pawns on active villagers to draw cards, play cards, and gain influence. Moreover, the witch can brew powerful potions, improve their familiar, and cast enchantments and charms, while the witch hunter enlists allies, claim strategic locations, and ruthlessly investigates the villagers.”