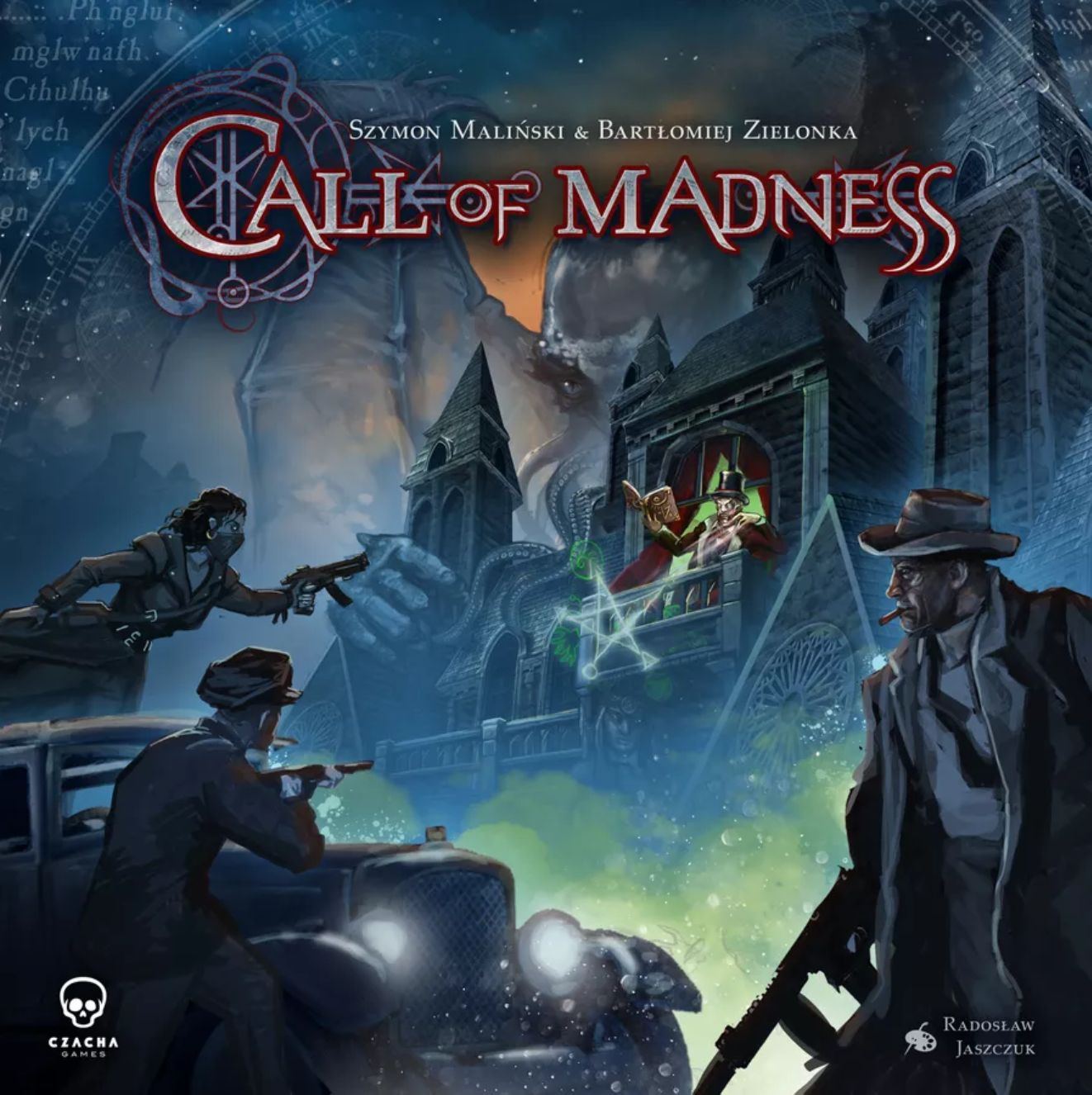 Publisher: Czacha Games (The Bird Told Me to Do It, Gremlins Inc)

Summary: “In this tower defense game you play as the priests of the Cthulhu cults who are trying to summon this Great Ancient One. However, it will not be so simple, because apart from the investigators themselves, you are also disturbed by other cults that strive for the same as you. Players sacrifice their cultists to gain the powers of the Ancient Ones, and to obtain their blessing. Each investigator is possessed by madness that strengthens his abilities. By defeating an investigator, players gain its essence, which in turn allows them to strengthen their actions. Fight, sacrifice cultists and destroy enemies, so that you have the honor of summoning the most famous god of works of Lovecraft, H. P. Lovecraft.”

Summary: “The tabletop adaptation of the popular mobile game, officially licensed by Smilegate Megaport. The game has multiple chapters, each of them with a similar structure including a main plot and side quests. If any hero dies during the round, it will have penalty but they can revive in the next round. As long as one of you is still alive, you still have a chance to win and get the highest score to be the ultimate winner in the team.”

Summary: “Fallen Land is set in the ruinous aftermath of post-apocalyptic America. Featuring sandbox-style game play, it combines the elements of a strategy board game with card building and role playing. Driven by macabre stories of a world gone mad, players must adapt to the ever-changing variables: the cards, stories, interactions, and other threats.”

Summary: “Purchase rooms to improve your dungeon, collect more and more resources to hire exquisite minions, and challenge daring heroes to grow your infamy in this competitive PVE game.”

Funding Status: Currently at 8% with 28 days to go.

Summary: “An economic dice-as-workers placement game in which players assume the role of famous Jin Merchants in the Qing Dynasty. During the blossoming age of banking, players will expand from Pingyao city to open agencies across China, offering remittance services to businessmen in order to earn profits. The goal of the game is to build up money over 8 rounds, and be the wealthiest player by the end.”