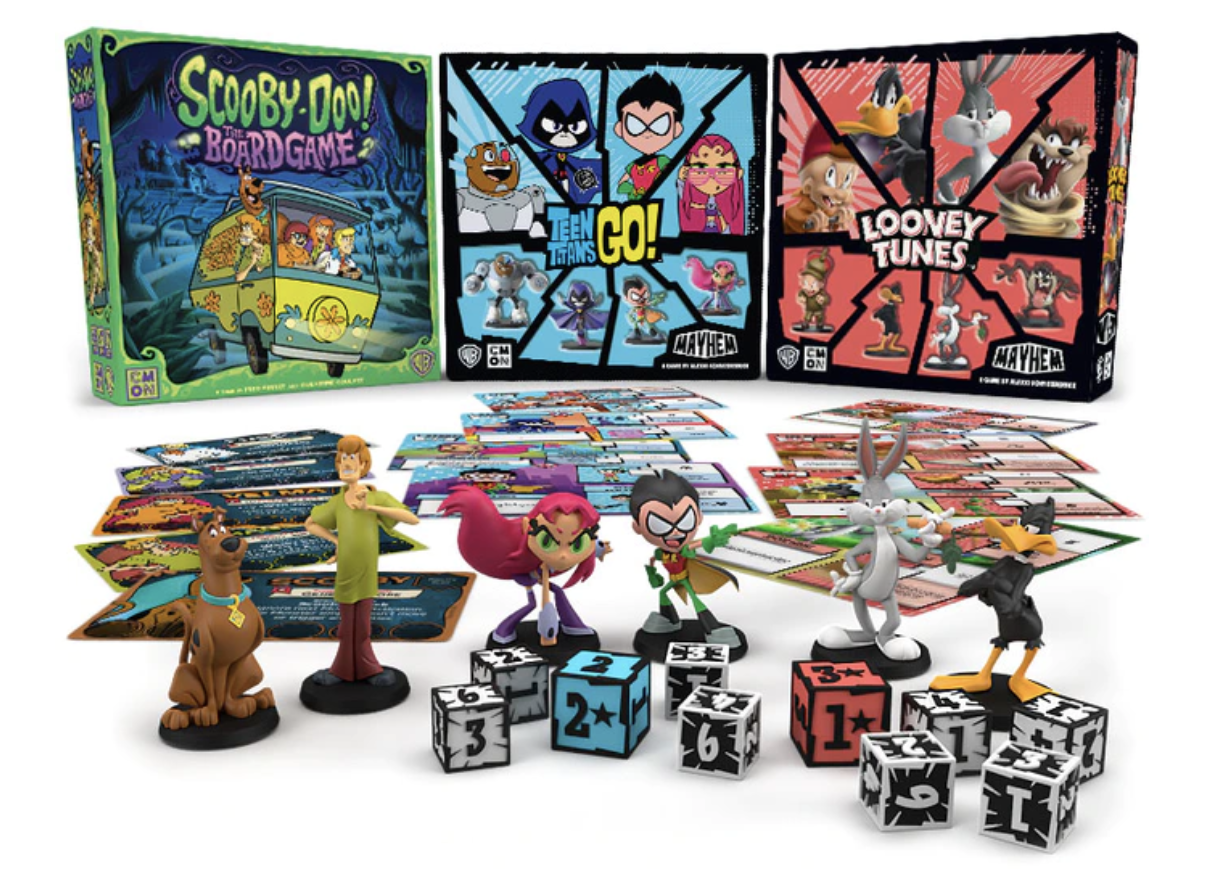 Summary: “Players take on the role of Scooby-Doo, Fred, Velma, Daphne or Shaggy, and ride the Mystery Machine around town, building traps to catch the villains before they frighten all the citizens away — but just like in our favorite episodes, even the best plans can go awry as the monster, which is controlled by the game itself, may make a move the players never expected. Each member of Mystery, Inc. has their own unique, special ability to help them during the game, and they’ll need all the help they can get because the villains all operate differently as well. The gang can succeed only if they coordinate together as a group. In Teen Titans GO! Mayhem, get into a super fight between teams of super characters trying to prove their superiority. And in Looney Tunes Mayhem take your most powerful ACME gear to go face-to-face against the opposing team.”

Base Pledge (w/shipping): $77, with either Teen Titans Go! Mayhem or Looney Tunes Mayhem