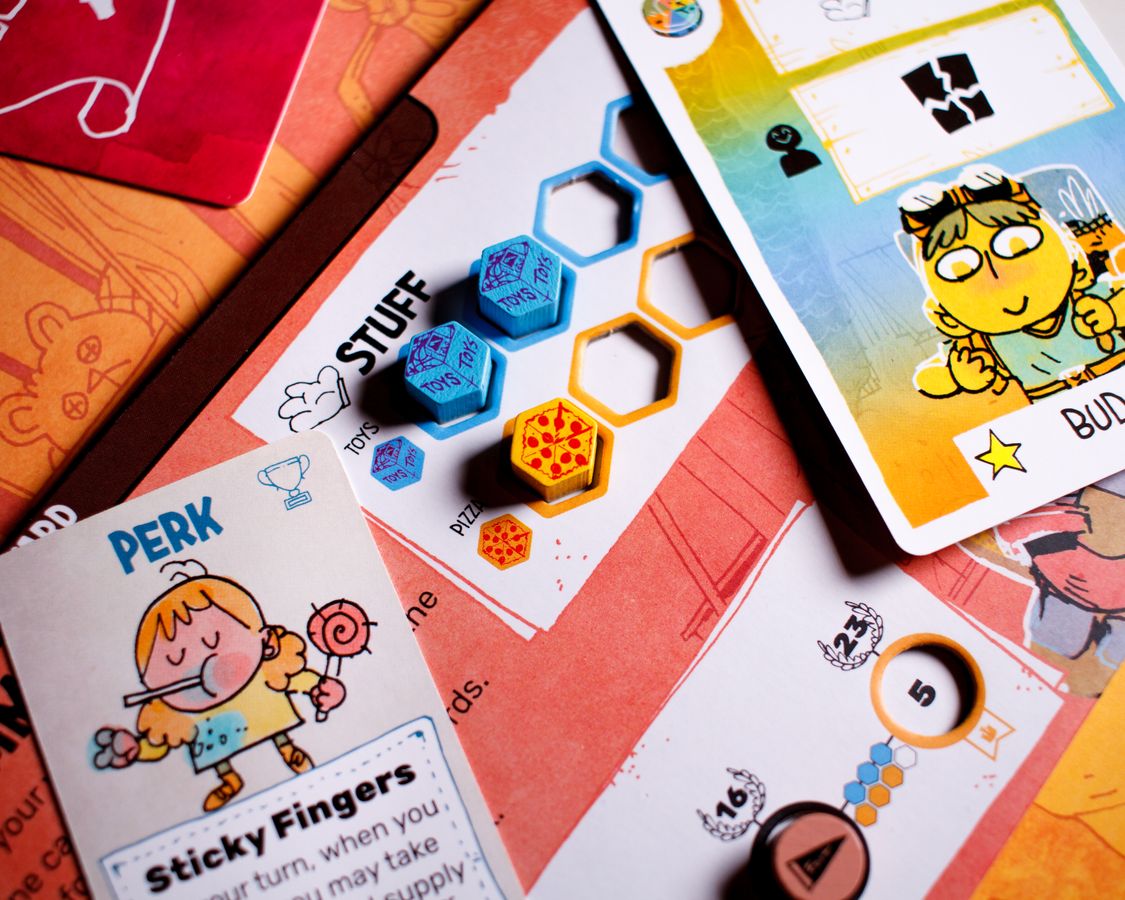 Summary: “You are a pioneer in a forest of choice and consequence. Achieve the expedition’s goals and get to the fort, or die trying.”

Project: Fort (not on Kickstarter; up for pre-order at Leder Games)

Summary: “In Fort, you’re a kid! And like many kids, you want to grow your circle of friends, collect pizza and toys, and build the coolest fort.”

Funding Status: N/A; the game is already Funded, deep in production, and will ship on August 3rd, 2020.

Summary: “The Fuzzies is a game about creating impossible, gravity-defying towers out of fuzzy little balls… then knocking them over like a big clumsy oaf.”

Project: Spirits of the Forest: Moonlight

Publisher: ThunderGryph Games (Spirits of the Forest, Tang Garden, Tao Long: The Way of the Dragon)

Summary: “Cooperative and multiplayer scenario-based expansion for Spirits of the Forest.”

Summary: “A cooperative game that draws inspiration from superhero comics and Japanese pop culture. Each player controls a hero and sidekick, complete with their own unique backstories and special abilities.”

Summary: “Exiled from a once glorious city, tribes of scavengers are all that remains of a scientifically advanced humanity. Collect resources to complete Missions, build Tower rooms and score Prestige.”