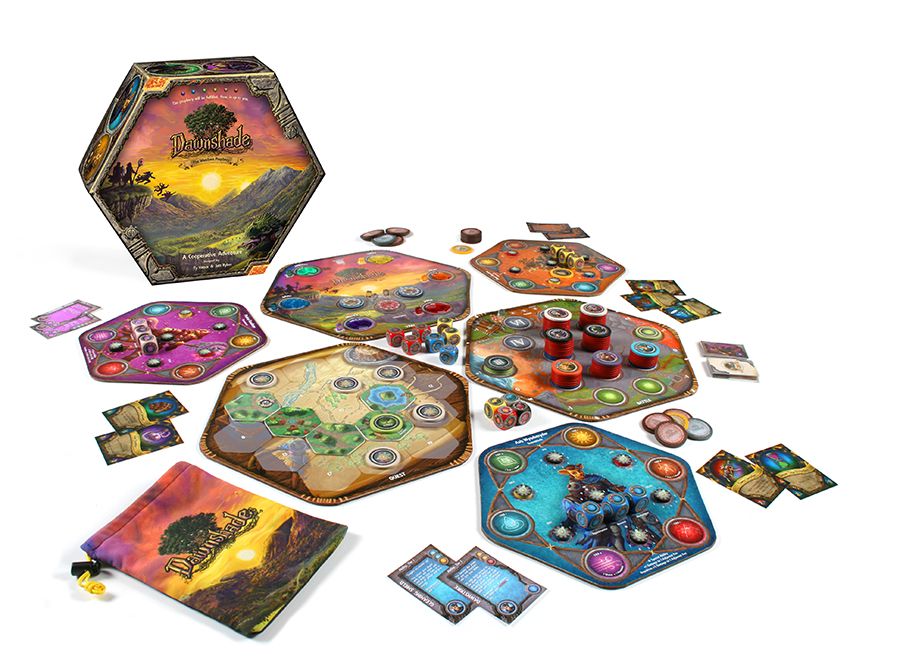 Summary:  WWI air combat simulated with five different altitudes and featuring climbing and descending speeds as a part of gameplay.

Summary:  “A standalone sequel to Capital Lux, featuring a range of exchangeable capital powers that can be mixed and matched.”

Summary:  “An endless, open-world cooperative RPG action-adventure in a box.”

Summary:  “A cooperative card game for 2 players set in a medieval Japanese universe.”

Summary:  “Tiny Epic returns with yet another entry in the series, this time a pirate-themed pick-up and deliver game featuring a rondel action system.”

Summary:  “This edition of Tribune includes the Tribune: Primus Inter Pares base game and Tribune Expansion while featuring new mechanisms and elements from designer Karl-Heinz Schmiel.”

Summary:  “A game of deep strategy, hidden agendas, and shifting loyalties, where players represent secret societies betting on the results of the War of Whispers while pulling strings to rig the results and ensure their bets pay off. The Dark Alliances expansion pack allows players to plan in the shadows during other players’ turns.”

Summary:  “A corporate-parody, party board game for 3-6 players all about screwing over your co-workers to clear out your inbox before they can..”