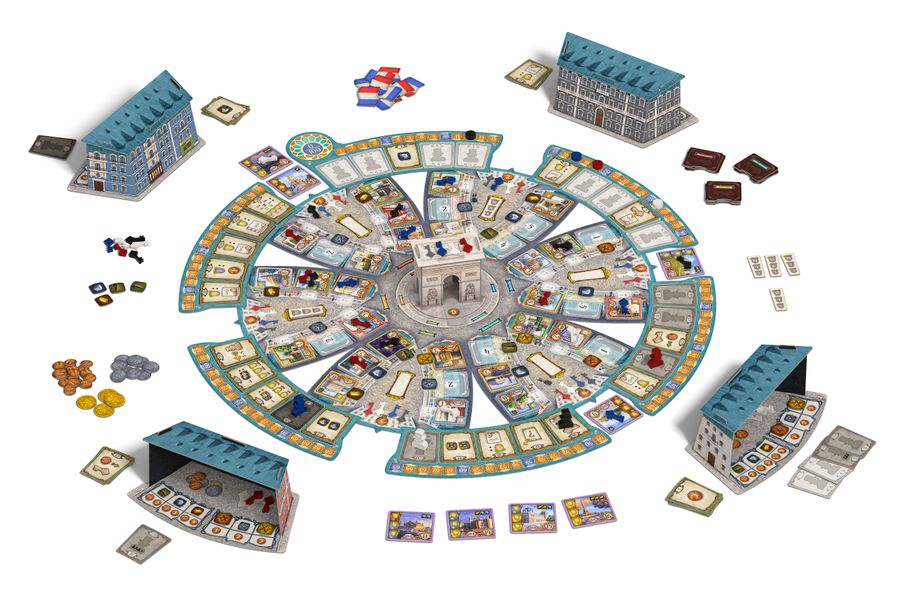 Publisher:  Board & Dice (The Networks, Teotihuacan: City of Gods, Trismegustis: The Ultimate Formula)

Summary:  “Take on the role of wealthy real estate investors in the Paris of the 1900s; purchase some of these magnificent Parisian buildings in order to make a profit, and invest in the development and upkeep of some of Paris’ most iconic monuments and landmarks.”