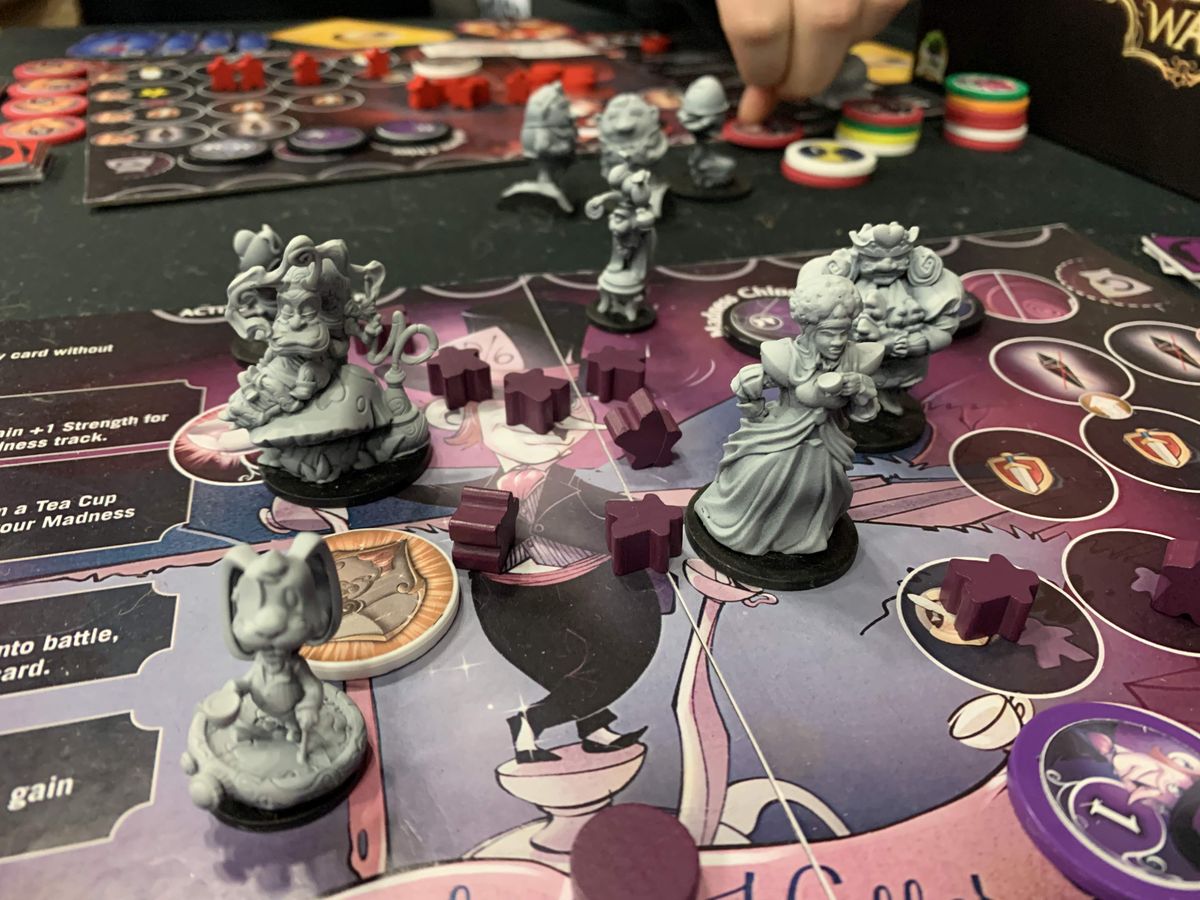 Summary:  “A one-versus-all deckbuilding card game based on the world of The Shared Dream. Up to 3 players team up against another player and whichever team survives wins.”

Summary:  “Chaosmos is an open-world board game where you’ll explore planets and collect equipment to help you find, protect, and hide the Ovoid card. There’s no draw deck; all the cards in the game are dispersed to the different planet envelopes, so items you leave on a planet will be there when you return… unless another player gets there first. You’ll have to keep adapting as you learn more and more. Your goal is to get The Ovoid and possess it when the Chaos Clock reaches zero.”

“The Temple reimagines Chaosmos for up to 6 players and introduces a replacement set of character boards and a new cardset. There’s also alliances and ally powers. Combat is more strategic and interesting; because of new cards and powers there’s more decision-making. ”

Summary:  “Chiseled is a deck-sculpting game about sculpting marble. In Chiseled, play as artists in a shared studio, working to complete your sculptures by the time any player has checked in with the three critics enough times to get rated. Using one tool at a time from the shared workbench, remove and accentuate cards from your starting deck of cards to improve its artistic value, and please the critics for bonuses. Each tool offers a unique method of interacting with the marble.”

Summary:  “A chibi-style, card-driven, fast-paced, cooperative miniatures game where players take control of Marvel Super Heroes and band together to thwart the master plans of the most dangerous Villains in the universe.”

Summary:  “Players take on the role of tribe leaders in a post-technology society. Exiled from a once glorious city, tribes of scavengers are all that remains of a scientifically advanced humanity. Turris is a competitive worker placement game where players attempt to build the Tower as a final defense mechanism, utilizing the prehistoric technology of divine origin. You assign your Scouts to acquire resources and decipher the data from ancient machinery, all the while being constantly chased, and often devoured, by the unstoppable Beasts. ”

Summary:  “The Looking Glass has shattered, madness is being drained from the inhabitants, and war has come to Wonderland. Alice, Mad Hatter, Red Queen, and Jabberwock must gather all that they can in this Drafting, Bag Building, & Area Control game, first playing nice at the Hatter’s Tea Party, then going to battle in Wonderland’s War!”