Kickstart This! #281: Machina Arcana ~ To Eternity 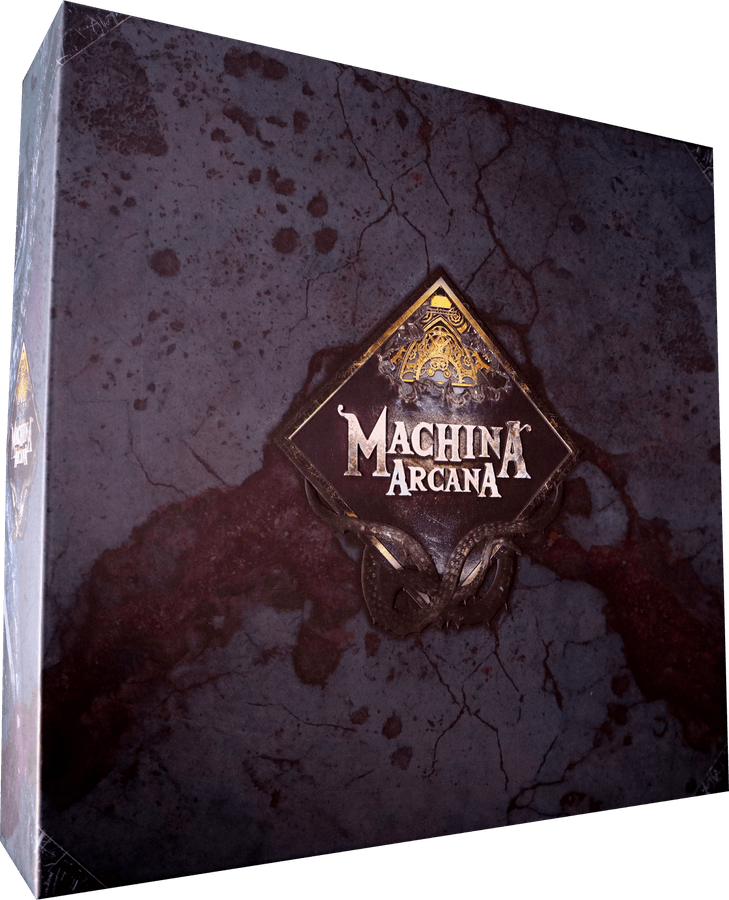 Funding Status: At the time of this posting, Machina Arcana ~ To Eternity is already fully-funded. Pledges currently total more than 15x the initial funding goal with 3 days left to go on the campaign!

What It’s About: “Players take on the role of explorers thrown into dreadful halls, scratching for survival and progressing through the chapters from one of many horror stories. Even if they manage to stay alive till the end of the story, they will face a special mini game at the finale of each scenario. The unique environment, interactive inventory, combat mechanics and tactical diversity are all enveloped in an integral storytelling experience that provides both total immersion in the world and full replay value.”

How It Works: “Machina Arcana is a cooperative horror board game in a steampunk setting. Players are a group of individuals sane enough to resist the tide of darkness and yet mad enough to choose to confront it. They participate in a perilous expedition deep within an ancient subterranean complex of unknown origin. Monsters, inspired by the Cthulhu mythos, await the expedition bent on nothing but eviscerating and devouring them mercilessly. Blood is shed within map tiles that grow as the area is explored. They contain many features and traps that provide a desperate edge while the explorers evade and fight. There are different types of items that can be found. Steampunk concepts are translated through augmentation and gear upgrades that give them at least a fighting chance. On their ominous journey the group will resolve exploring events, put into place ongoing effects and solve side quests in order to stay alive. The horrors don’t idly wait, but obstruct the explorers with a multitude of devious schemes to hinder their way. The story is split into scenarios, each a self-contained game with chapters that must be progressed through in order to reach the endgame – a conclusive battle that defines whether doom will prevail. The game however doesn’t end if you die. As a dead explorer you will gain control of monsters, and your new goal will become to purge the game of explorers. There is no need for a game master, nor special conditions based on player count, and the duration and difficulty setting can both be modified.”

“The game is played as a series of rounds. Every game round is divided into 4 different phases, in the following sequence: Explorer Phase, where players may play in any order, and use their turn if not to win the game, then just to survive through the next round.; Spawn Phase, where for each explorer in play there is a chance that a new monster will be spawned; Horror Phase, where there is a chance that the game invokes one of its terrible events; and Monster Phase, where Monsters play in a specific order, based on the monster queue that forms when new monsters are spawned.”

“Explorers have an inventory – a set of cards that can be used to supply the unit with additional abilities. Besides having an inventory, they can also use the abilities from the collected binding event cards, as well as active abilities from: their explorer card, consumables and equipped items, the current explorer event, the current chapter, the bound explorer events, interacting with the map tile, utilizing their inventory. Anytime the explorer is placed on the map tile, after all the chapter abilities have been resolved, its ‘enters play’ abilities are resolved.”

“If the scenario has an endgame, players must achieve its victory condition. If the scenario doesn’t have an endgame, players must resolve the chapter with the victory effect. Surviving explorers share the victory, and the dead stay in the darkness forever. Explorer death is permanent, which means when the last explorer has died the game is lost. If players reach endgame, and the defeat condition is met, then the game is lost.”

Comparisons: The only other notable Cthulhu-themed dungeon crawler that I know of is Mansions of Madness. But some other cooperative Cthulhu-themed games include Arkham Horror, Arkham Horror: The Card Game, AuZtralia, Cthulhu: Death May Die, Elder Sign, Eldritch Horror, Mythos Tales, and Pandemic: Reign of Cthulhu.

Machina Arcana ~ To Eternity completes its Kickstarter on Thursday, October 15th and tentatively ships in May 2021.