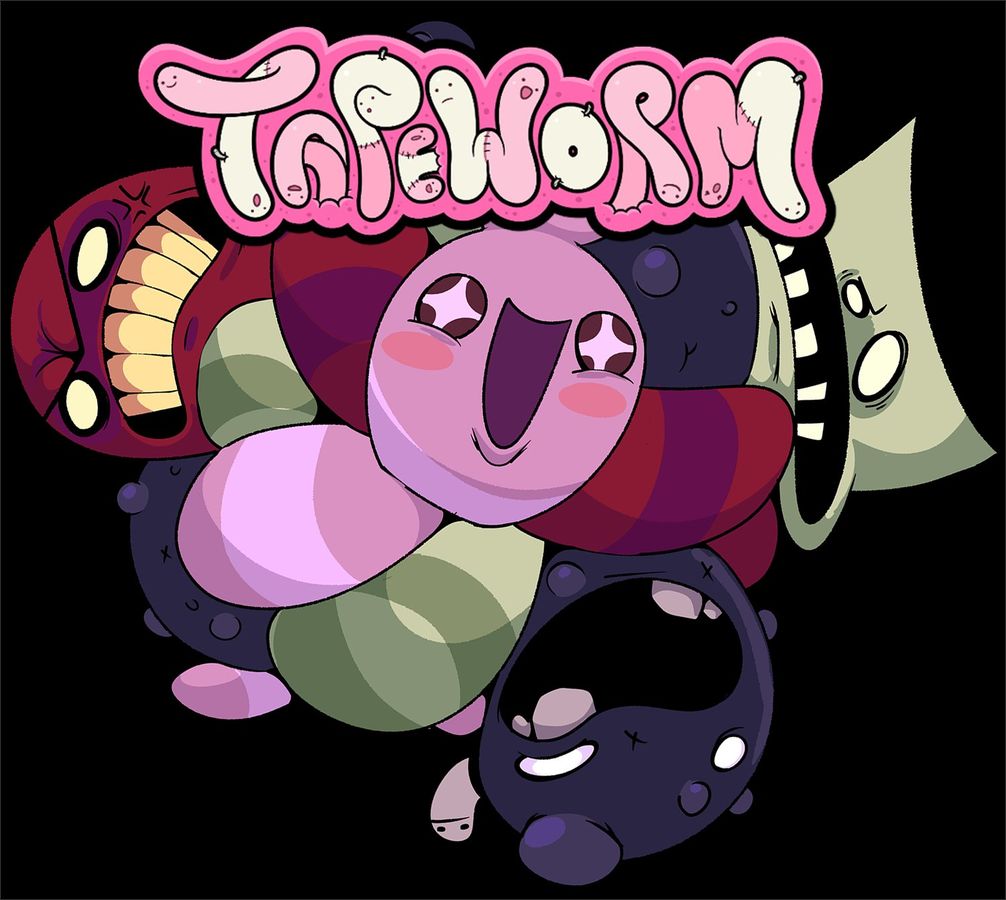 Publisher:  Studio71 (The Binding of Isaac: Four Souls, Half Truth)

Funding Status:  At the time of this posting, Tapeworm is already fully-funded. In fact, pledges currently total more than 30x the initial funding goal with 6 days left to go on the campaign!

How It Works:  “Place the start tile down in the middle of the table between all players. Shuffle the deck and deal out 5 cards to each player; players take turns clockwise.”

“During a player’s turn, that player first draws a card off the top of the Tapeworm deck. They may play a card from their hand that attaches to any open segment on the table. If the card they attached color to doesn’t end or change color, then that player may attach another card of the same color and continue to do this until they place a card that ends the color sequence, or until they no longer have any cards of that color to play on the sequence.”

“The first player to have no cards in hand at the end of their turn wins the game.”

Comparisons:  To truly capture the feel of an Edmund McMillen game, one probably needs to look at his video game work– namely Super Meat Boy and The Binding of Isaac. Luckily, there’s also the board game adaptation, The Binding of Isaac: Four Souls. Dreamwell is another very indie tile placement game with singular art; a few other simple, tile placement games include the likes of Arboretum, Among the Stars, Kingdomino and Queendomino, Lanterns: The Harvest Festival, Quadropolis, and Qwirkle.

KS Exclusives
The Pink Box Edition and the Holographic Four Souls Bonus Cards are KS Exclusives, as are the bonus items included in the Kickstarter copies of the NSFW Edition.

All-In Total: In the continental U.S. (assuming you’re not interested in Binding of Isaac or vanity items), you’re looking at $25 for Pink Box Edition pledge, plus a copy of the NSFW Edition for $34 in the Add-Ons, plus an estimated $8 in shipping for a total of $67.

Tapeworm completes its Kickstarter on Thurday, May 28th and tentatively ships in October 2020.