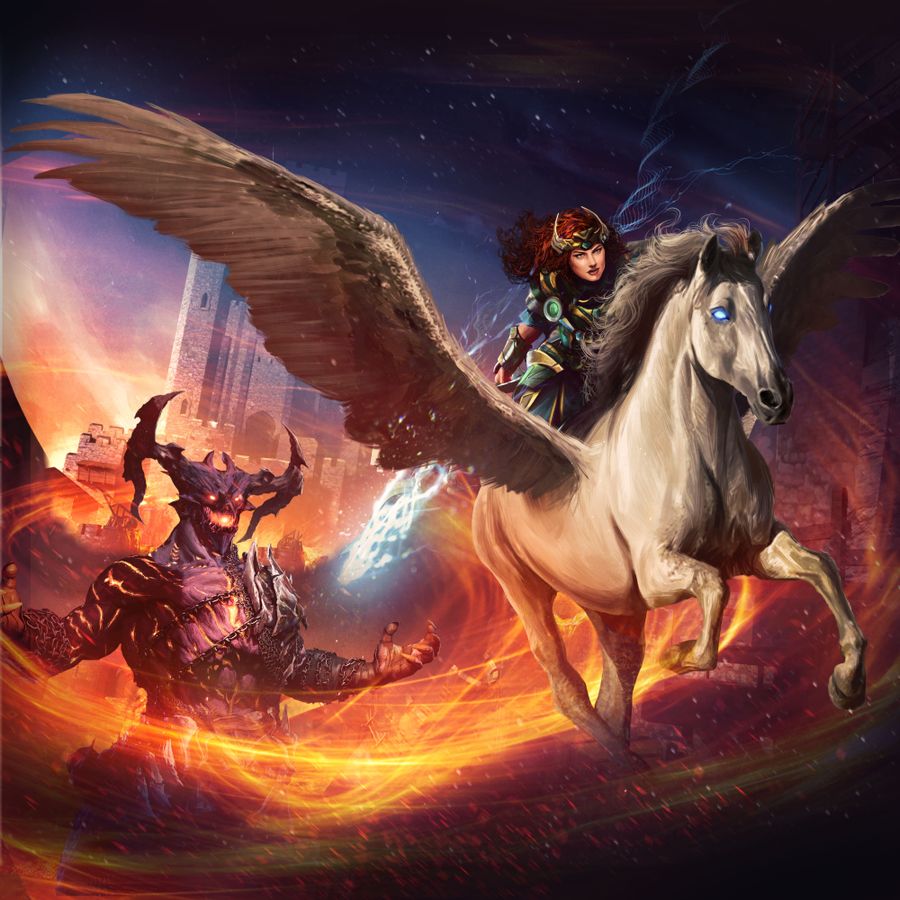 Funding Status:  At the time of this posting, Tanares Adventures + Arena: The Contest 1.5 is already fully-funded. In fact, pledges currently total more than 25x the initial funding goal, with just under 6 days left to go on the campaign!

What It’s About:  “Arena: The Contest is a tactical combat board game with two Game Modes: Player versus Player team competition, and a cooperative mode with both one-shot adventures and an Epic Campaign. Tanares Adventures is a massive expansion with over 40 miniatures, extending the total Campaign content to 100+ hours featuring dozens of villains, while PvP Mode gets multiple new possibilities with Heroes and Companions from a new Combat role.”

The Competitive Mode (PVP) has players dividing into 2 teams, assembling the tiles of the Arena, Recruiting Heroes, Deploying Heroes, and Picking Heroic Actions. Without getting into the specifics, it’s a miniatures skirmish game with typical movement and line-of-sight rules.

Cooperative mode can be played with individual scenarios (as a Quest), or as part of a linked, Epic Campaign featuring sequential quests with a branching background story where players earn Experience Points based on their performance. Cooperative mode is always played with 4 Heroes. Cooperative mode is played in a series of Rounds, with the player characters always taking actions first. Players can always choose their order of actions, and the order of actions between characters. “Villains” (or opponents) come in 4 types: Sentinels (melee fighters), Soldiers (melee fighters with extended reach), Snipers (ranged), and Warlords (bosses).

The first 3 types of Villains fight with a simple AI that determines actions and targeting. Warlords are more involved, and their turns feature a Refresh Phase, ending temporary effects; a Special Power Phase, with abilities specific to each Warlord; an Aura Phase, effecting Heroes close to the Warlord; a Boss Spell Phase, in which a Warlord Spell is drawn and cast; and an Action Phase, in which the Warlord Moves and Attacks like any other Villain. Players depend on the Campaign Cards and Campaign Tome for rules specific to each Quest, and generally, when the Warlord is defeated, players earn Experience Points and Special combat-related rewards. An Epic Campaign also offer increasing rewards as the Heroes succeed in multiple Quests.

Comparisons:  The ability to play Arena: The Contest in either PVP or Quest Modes makes it somewhat unique. Quest Mode is essentially dungeon-crawling, but its focus on combat and player abilities, as well as allowing players determine action order, probably make the likes of Descent: Journeys in the Dark and Star Wars: Imperial Assault two of the better comparisons.

Add-Ons:
$29 Sleeves: enough for everything in the KS campaign
$19 Four Board Scenarios: two double-sided boards
$10 The Medusa: a Hero add-on with miniature, Heropad, Token, and 4 Attack Cards

KS Exclusives
The entire campaign is KS-Exclusive. The one exception are copies of Arena: The Contest.