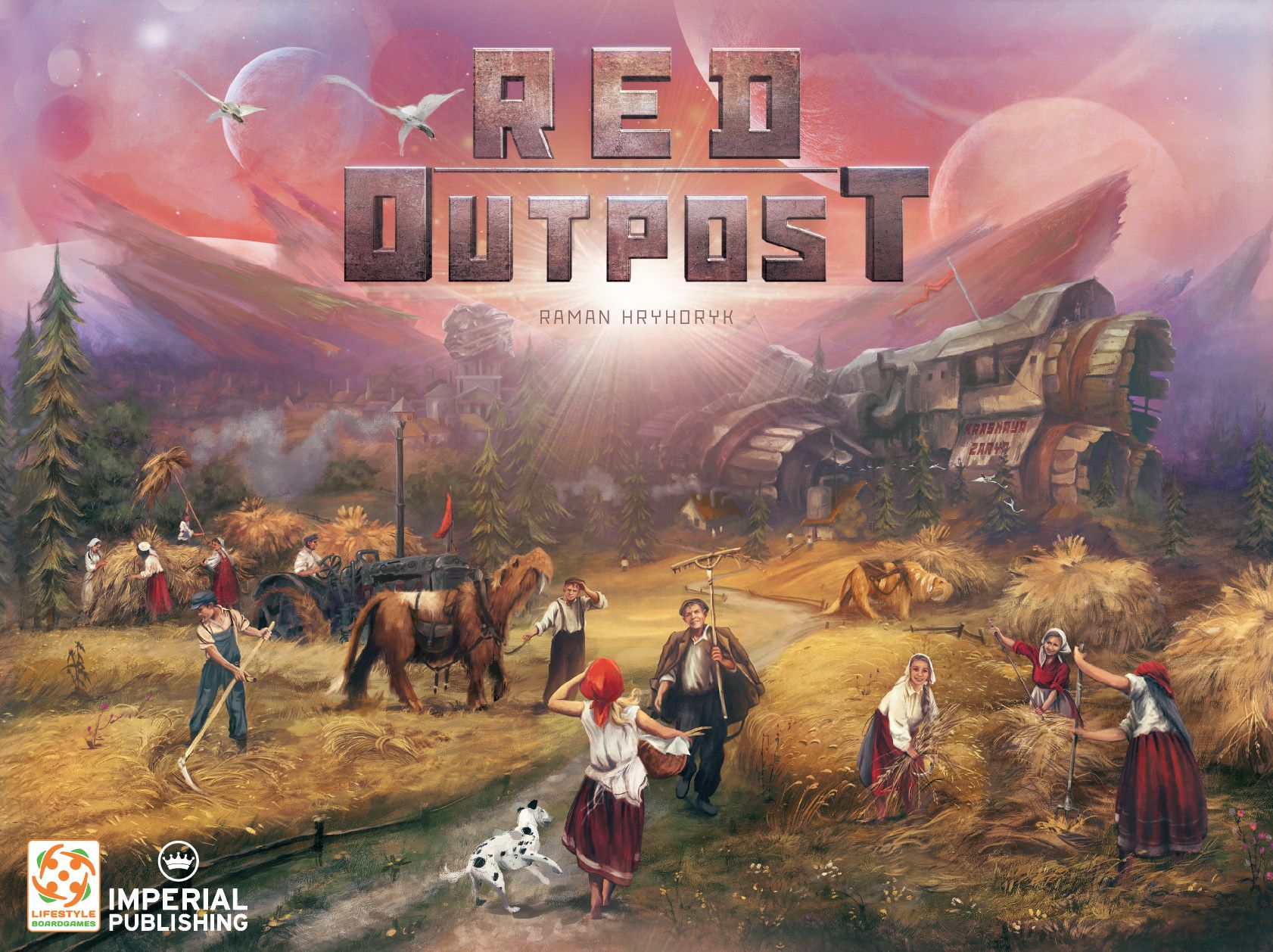 Funding Status: At the time of this posting, Red Outpost is already fully-funded. In fact, pledges currently total over 19x the initial funding goal, with 7 days left to go on the campaign!

What It’s About: A worker placement farming game set in a Communist Utopia on an alien planet.

How It Works: “Each player, tasked with controlling the workers of the extraterrestrial communist settlement, aims to become its only true leader. Players, however, share both the workers and the resources produced– this future has no place for private property (well, almost)! Nevertheless, this is not a cooperative game– earn victory points by keeping workers productive, shipping goods in time and keeping the workers you influence happy. From each according to his ability, to each according to his contributions, so make your contribution seem to be the biggest one.”

Red Outpost takes place over 2 Rounds, with each Round consisting of Morning, First Half of the Day, Lunch, Second Half of the Day, and Evening. During each phase, players performing the following actions in clockwise turn order, and then at the end of the phase, the first player token passes to the left: Move a Worker, Place an Influence Disk on the Worker’s Portrait, Adjust the Worker’s Mood, and Perform the Action of a Location.

When Placing an Influence Disk on a Worker’s Portrait, players place one of their Influence Disks on the portrait of the worker they just moved. If the mood symbols are present on the location where the player moved their worker, the player changes the worker’s mood accordingly, either increasing or decreasing it.

Comparisons: The recent Kickstarter for Pandasaurus Games’ Godspeed appears to bear many similarities. Both are worker placement games with a theme about Soviet space exploration. Red Outpost finds players sharing a worker pool of 6 different worker-types, working together to expand a Soviet colony in a distant galaxy, but playing competitively for points. Godspeed finds players choosing from among 5 different nations including Russia, and competing against each other to build space colonies. In Godspeed, players also have workers with variable abilities, but their worker pools are separate from each other. Both games take place in an alternate timeline. For other popular, well-rated, mid-weight worker placement games, try any of the following: Architects of the West Kingdom, Champions of Midgard, Dinosaur Island (also by Pandasaurus), Everdell, Keyflower, Lords of Waterdeep, Lorenzo il Magnifico, Near and Far, Orleans, Raiders of the North Sea, Stone Age, Village, Viticulture, and Yokohama.

KS Exclusives:
The Deluxe Kickstarter version and the Deluxe Stretch Goals are both KS-exclusive.

All-In Total: In the continental U.S., you’re looking at $35 for the Deluxe Version of the game plus $6 in shipping for a total of $41.

Red Outpost completes its Kickstarter on Tuesday, December 31st and tentatively ships in May 2020.