Kickstart This! #140: Chronicles of Drunagor: Age of Darkness 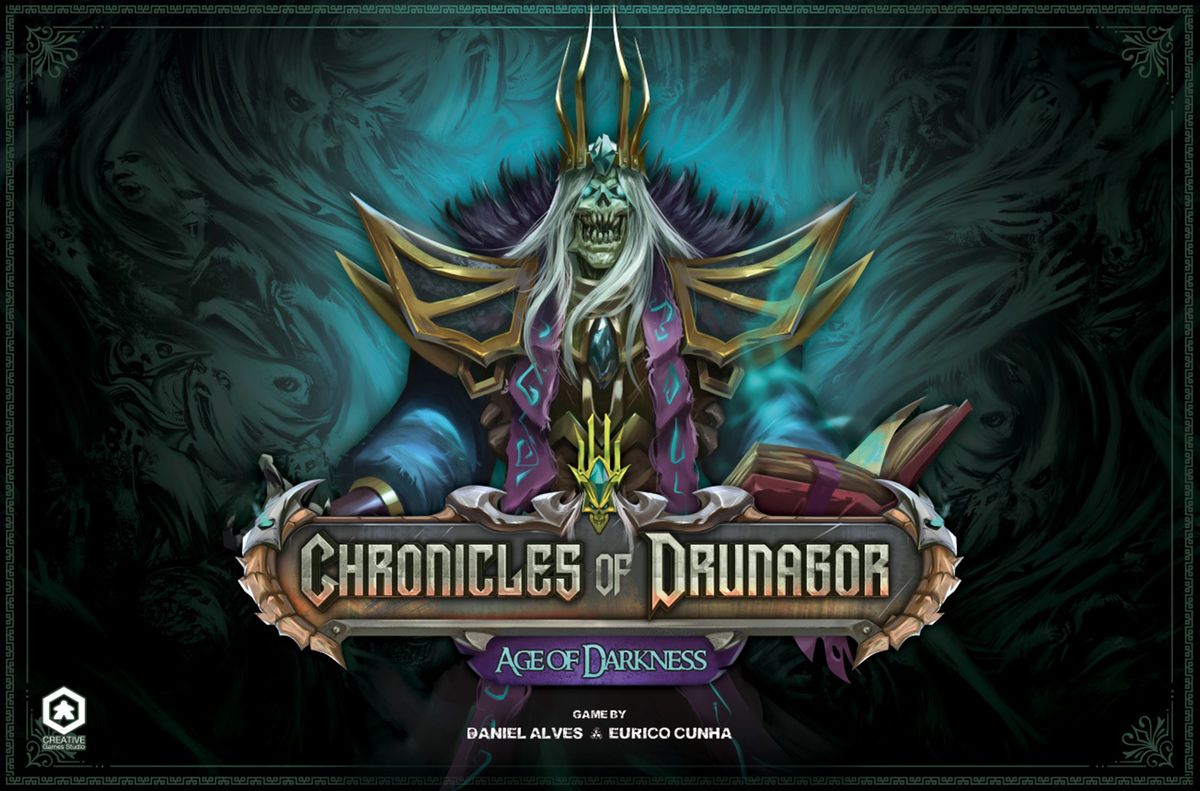 Funding Status: At the time of this posting, Chronicles of Drunagor: Age of Darkness is already fully-funded. In fact, pledges currently total more than 7x the initial funding goal with 5 days left to go on the campaign.

What It’s About: A fully cooperative dungeon crawler with tactical combat, with 3D maps courtesy of GameTrayz, and scenarios that can be played separately or as part of a campaign.

How It Works:  Chronicles of Drunagor includes several different game modes: one shot adventures that can be played co-op or solo, player versus player skirmishes, and the longer campaign (50+ hours in the core box) that can also be played co-op or solo. Games are played over a series of rounds until either the scenario’s objective has been completed, or the heroes die or are corrupted by the darkness itself! Each round is made up of Heroes’ Activations, Monsters’ Activations, and Darkness Activations. These are not performed as a group, rather, each Hero, Monster, and the Darkness activates in initiative order, from highest to lowest.

During a Hero’s Activation, players can take the following actions in any order they choose: Move (as a free action, moving up to 3 squares in any direction, including diagonally); Attacking, Healing, or additional Movement (spending 2 action cubes per activation); Discarding a Cube (earns the player an extra 3-square movement or a reroll during a Weapon Attack); Free Actions (including Interacting with point tokens on the map, Opening doors or treasure chest, and Consuming items); and Performing Minor Actions (only once per activation, including Exchanging Items from bag to active items or with other players, spending Focus to trigger a Focus ability, and Transmuting Items to increase power).

The Darkness will Activate if the initiate token moves into a rune spot with a darkness card on top of it. Each adventure has different darkness rules, but in general, a Darkness Activation will trigger a rune token drawn from the rune bag, with the players placing the darkness tile pictured on the back of the token onto the map, then placing the token on top of the appropriate color on the initiative track, rune color side up.

Comparisons:   One of the things that makes Chronicles of Drunagor stand out are the way GameTrayz have been used to create multi-level terrain. Another feature are the Hero player boards and class boards, which seem to borrow some design elements from video games, incorporating unlockable abilities and class trees. And while Chronicles of Drunagor doesn’t seem to have the narrative scope of some recent storytelling and adventure-focused campaign games, it does have deep character customization and a lengthy campaign, and appears meatier than most dungeon crawlers even with several expansions added on. Keep in mind that the Drunagor base game includes 50+ hours of campaign, and there are two expansions available through this Kickstarter that each feature 2 additional Heroes, 1 additional Boss, and more adventures. So for a comparison, we’re going to point at Masmorra: Dungeons of Arcadia, another dungeon crawler worked on by both of this game’s designers.

What Should I Pledge?:
$99 Hero Pledge: includes the Chronicles of Drunagor: Age of Darkness Core Game Box and all unlocked stretch goals.
$169 AOD + Expansions Bundle: includes the items from the Hero Pledge, plus the Rise of the Undead Dragon Expansion and the Desert of Hellscar Expansion.

Chronicles of Drunagor: Age of Darkness completes its Kickstarter on Thursday, November 28th and tentatively ships in March 2021.