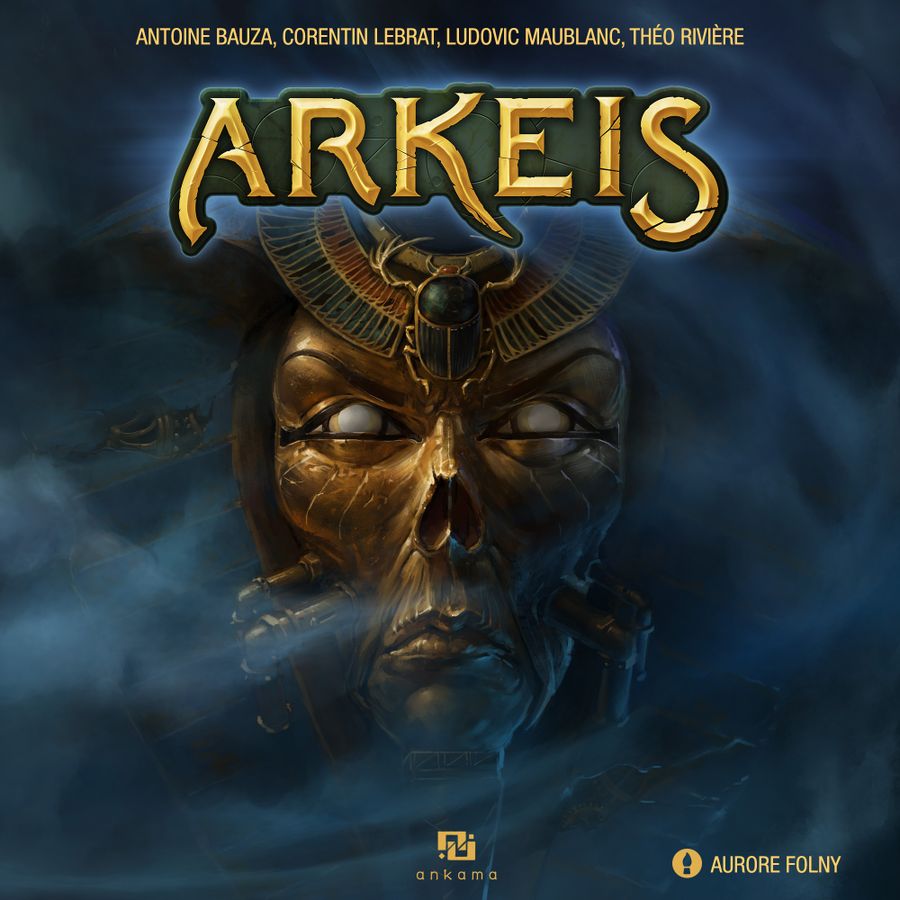 Funding Status: At the time of this posting, Arkeis is already fully-funded. In fact, pledges currently total more than 2.5x the initial funding goal, with 7 days left to go on the campaign.

What It’s About:  A cooperative, story-based dungeon crawler with miniatures and a 20-hour campaign.

How It Works:  There is no rulebook available at either BoardGameGeek or in the current Kickstarter campaign, so we can only describe the rules in very broad strokes. In general, Arkeis is intended as a legacy-style campaign, and the base game has 20+ hours of content. The development team has also included a Dungeon Crawler mode so that groups can play randomized games not part of the overall story campaign, and this mode is included for free across all pledge levels.

We do know that the campaign in Arkeis is divided into various scenarios with varying objectives. Also that gameplay involves rotating player turns with players performing 2 actions on their turn, choosing from among Move (move their characters one zone), Search (search a room or open a door), Support (assist allies with various support actions), and Fight (fight!).

Comparisons:   It’s difficult to come up with accurate comparisons considering how little is currently available regarding the rules and gameplay. Although Arkeis seems to have a much smaller scope than 7th Continent, at least from the current offerings available in this Kickstarter campaign, there are definitely similarities there, from the narrative campaign to the theming of the game itself. For now, it’s probably best to assume this is a smaller scale adventure in the vein The 7th Continent, with mechanisms and player actions similar to those in Mansions of Madness.

What Should I Pledge?:
$100 Arkeis Pledge: a copy of the game with all exclusives, the Sand Worm expansion, and all stretch goals.
$156 Deluxe Pledge: the Arkeis Pledge, plus the Meema expansion, dice pouch, playmat, and both deluxe dice sets.

KS Exclusives:
The Embalmer miniature and his associated cards, and the Camp sticker with two re-roll tokens.

Arkeis completes its Kickstarter on Thursday, November 28th and tentatively ships in December 2020.