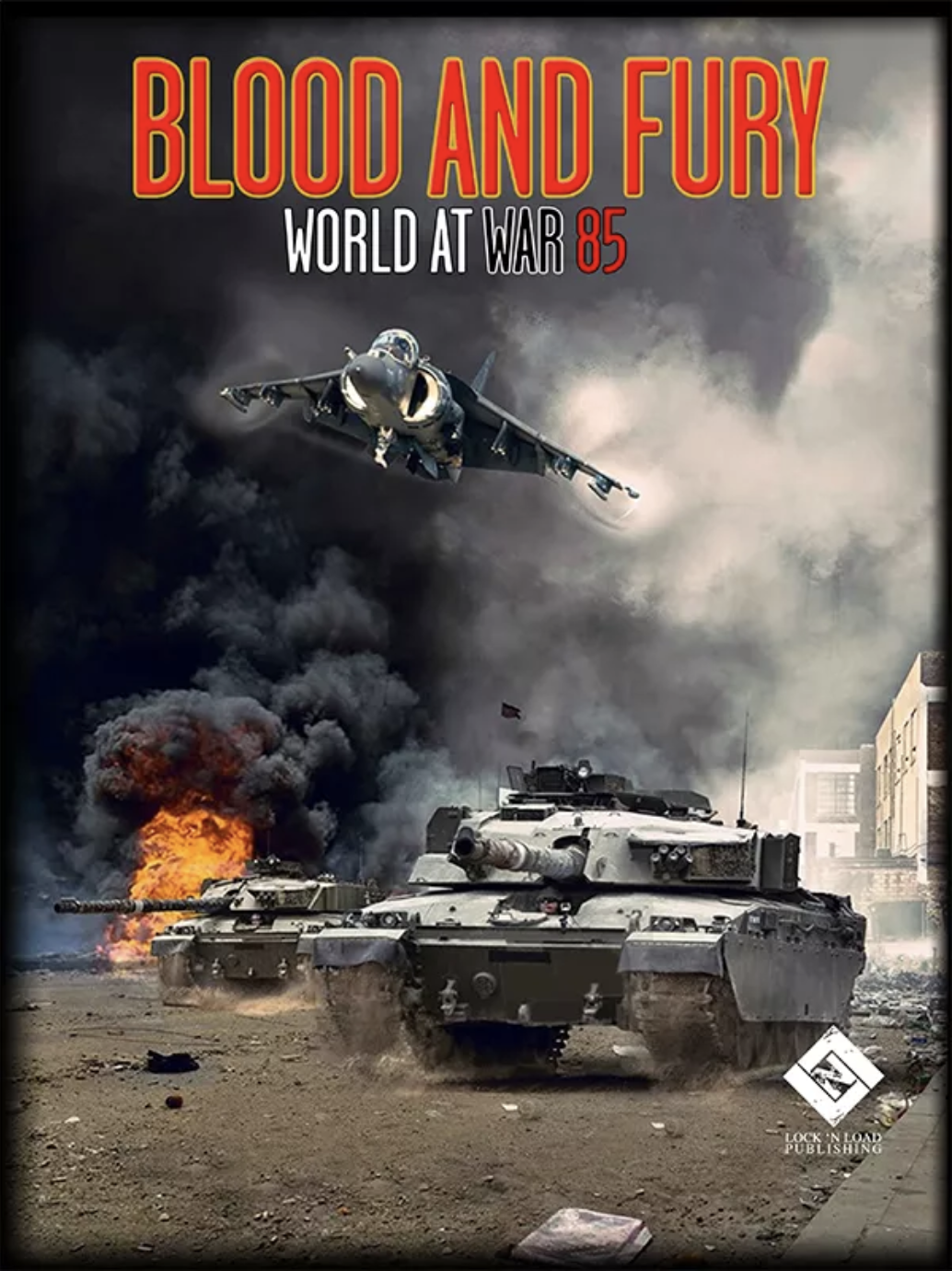 Summary: “The Commander of the Soviet 3rd Shock Army swept his hand across the map in front of his regiment and battalion commanders, indicating the bridges across the Weser River: the first major obstacle to the Warsaw Pact invasion of northern West Germany. Blood and Fury is the second volume in The World at War 85 series of games of fast and furious platoon-level combat. Set in 1985, in an alternate history of World War III, when the Warsaw Pact armies storm across the border of East Germany in a powerful attempt to seize northern West Germany, Denmark, and the whole of Free Europe. The World at War 85 system features a unique combat system that involves die rolls by both attacking units and defending units, which keeps both players engaged throughout the game. Die rolls are compared and hits applied quickly, as all the information you need to fight your units is on the counters. No combat results table is necessary. Initiative, formation activation, random turn length, close air support and air cover are all integrated smoothly.”