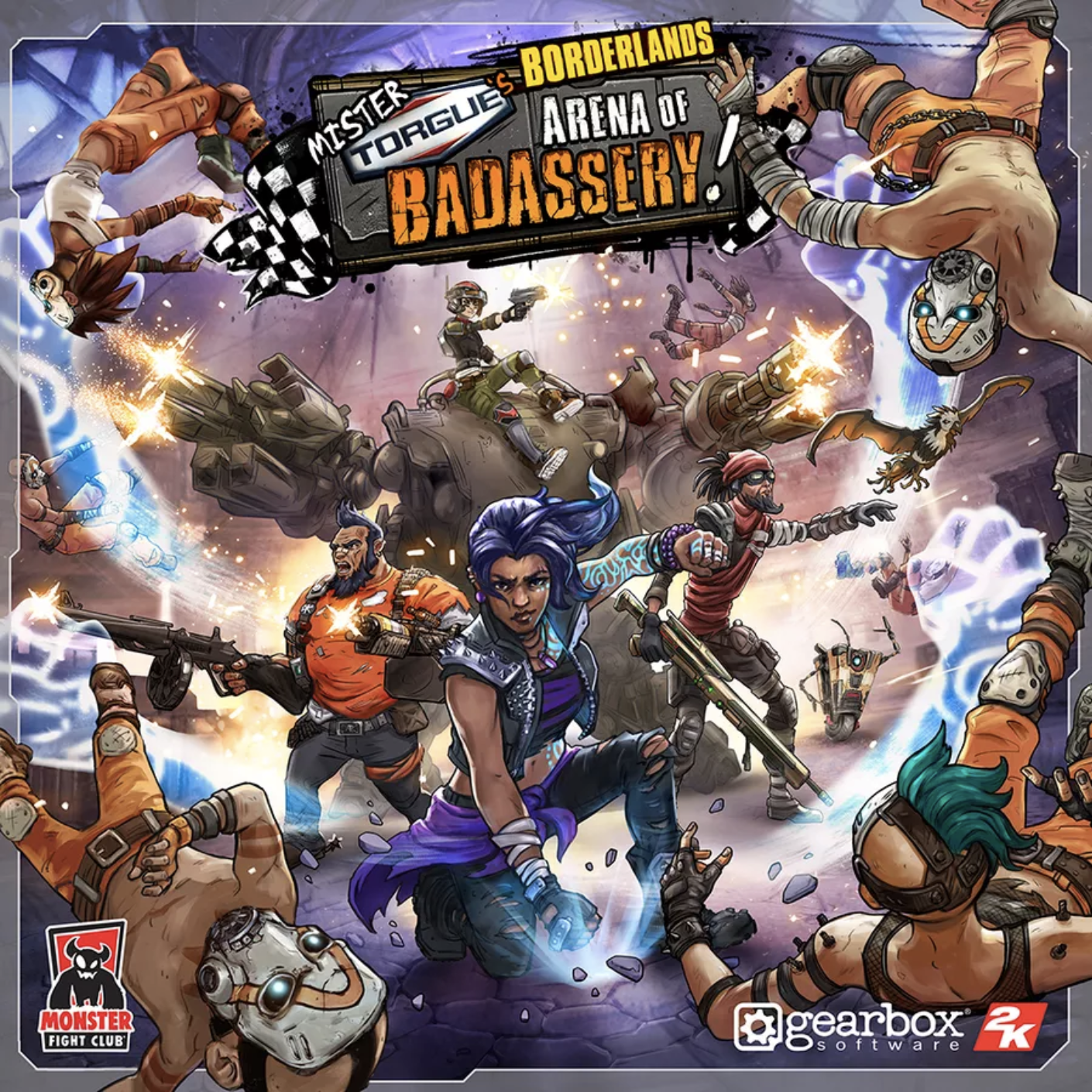 Summary: “A competitive combat-action board game. You and a team of Vault Hunters enter Mister Torgue’s Arena of Badassery™ to face off against his collection of skags, bandits, and assorted psychos. You can play a one-off battle filled with explosions, slaughter-splosions, sauce-plosions, and loot-splosions!!! Or play a series of deadly fights in campaign-mode that will see your Vault Hunter level up between games. Visit vending machines to buy better gear, advance your character using unique skill trees, equip epic new guns, and enter the next game even more BADASS than before!!! Just make sure your tough enough to take on the final boss, an Ultimate Murder-Machine, hellbent on sending you back to the borderlands as moist and meaty skag-snacks.”