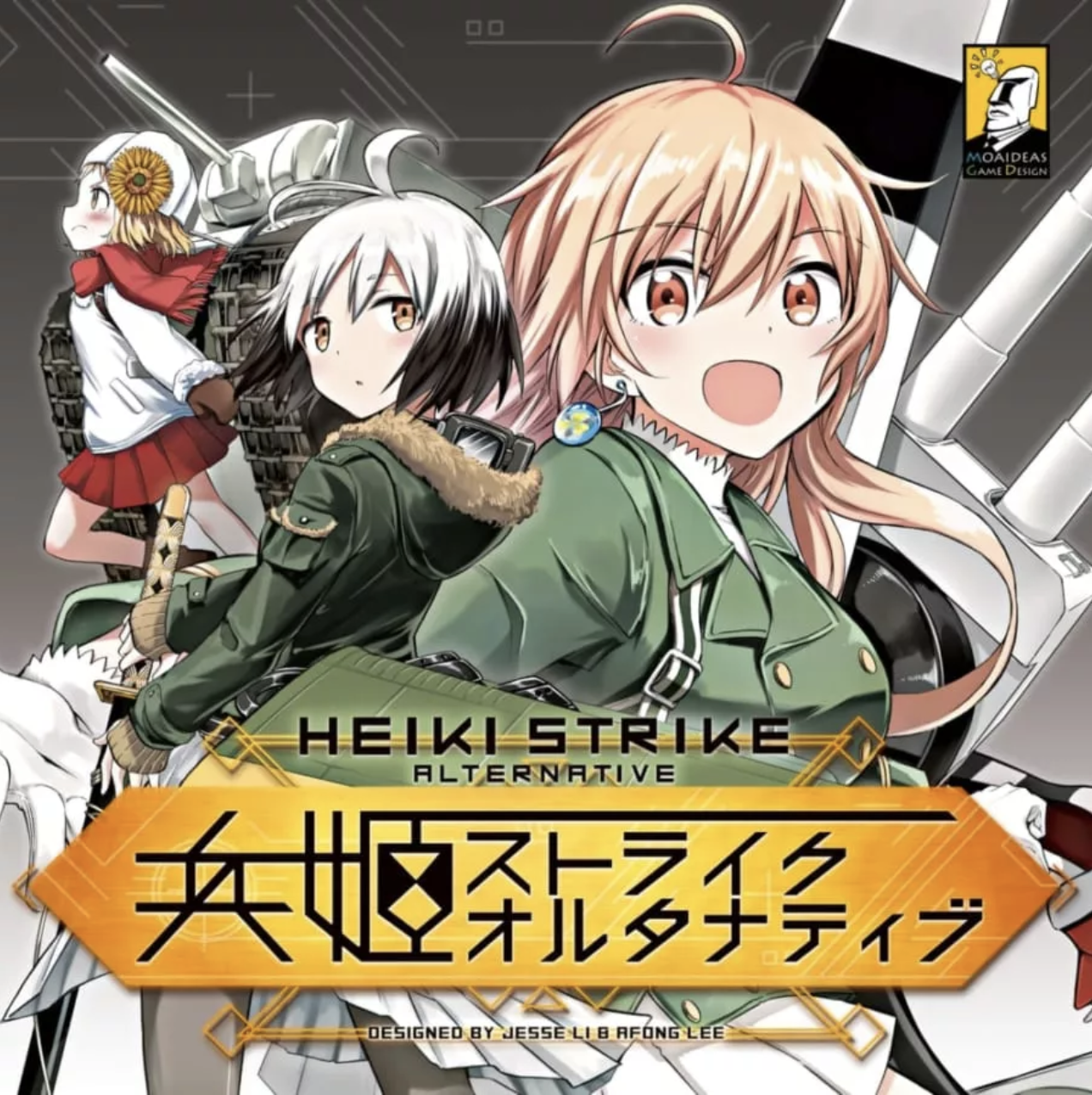 Summary: “A cat themed cooperative deck-building campaign where players work together to attempt to escape the Catacombs. The game has three modes: Campaign, Arcade, and Arena. In the Campaign mode, players help an NPC named Percival figure out how to prevent the impending Cataclysm in exchange for information on how to escape the Catacombs. Players work together to build their individual decks, defeat guardians, and unlock new playable classes. There are over ten scenarios. In Arcade mode, players complete a randomly generated scenario. Content unlocked in Campaign mode are also available in this mode. In Arena mode, players can test their skills against each other in PvP. Players use their built decks to battle against each other in exchange for Trophies that can be used to unlock additional content.”

Summary: “Two players each build their own deck from the cards in the box, then deploy their princesses and anthropomorphized weapons to sea and air spaces in a fight to occupy the battlefields. To do this, a player must meet the ‘occupation conditions’ for a battlefield, after which they take the battlefield card. Whoever claims three battlefield cards first wins. Players grow stronger over the course of the game through the playing of cards. If a player empties their deck, they shuffle the discarded cards in their reserve to create a new deck, rebuild their base, and now get more resources each turn — but if they run through their deck a third time, they lose.”