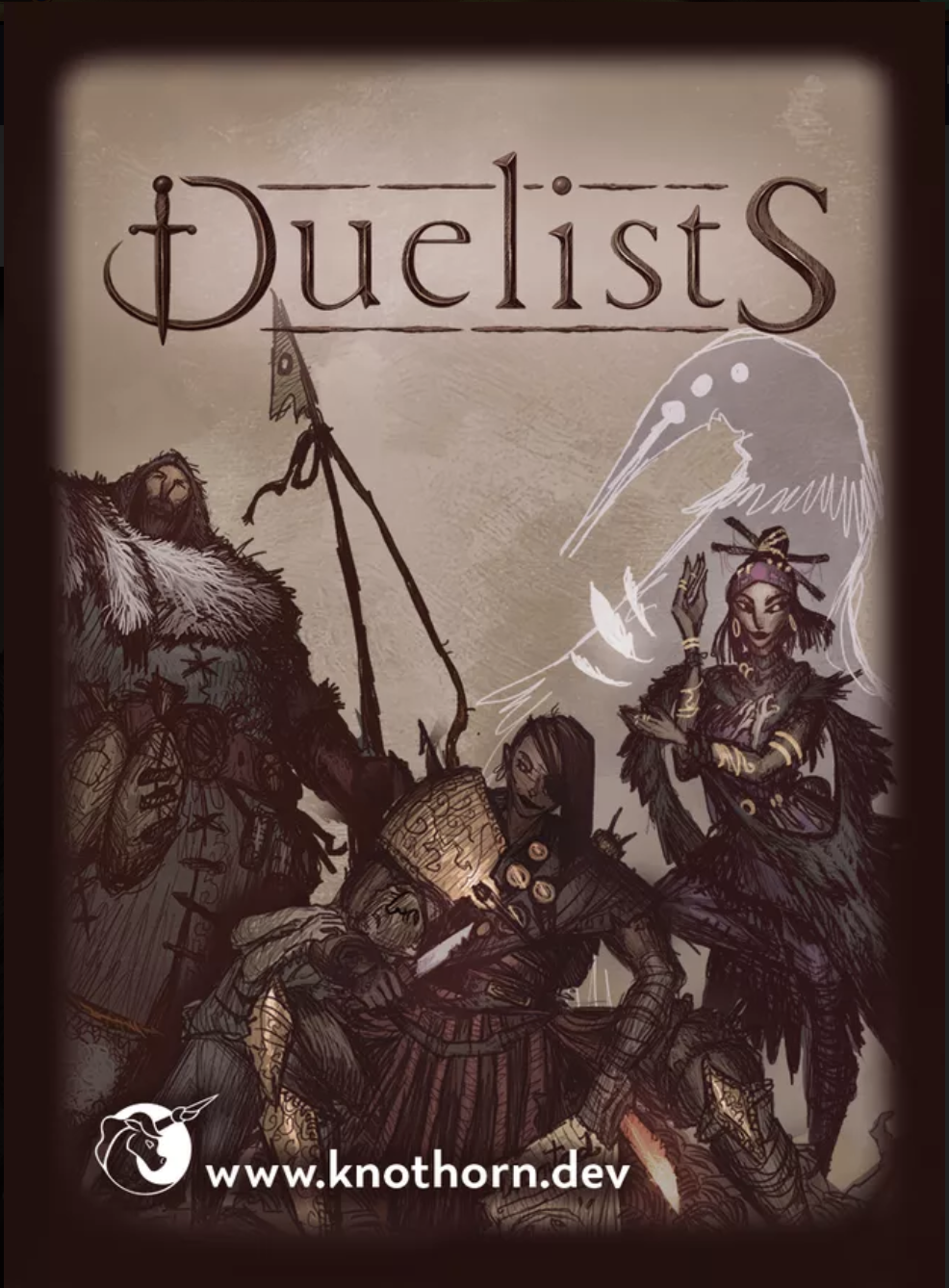 Summary: “A two-player tactical card game. Set in a fictive fantasy setting, champions from all over the known world meet to compete for the title of champion of Duelists. Every character comes with their own deck of cards featuring different attacks, defenses and abilities. Players take turns planning and attacking. There’s always three cards played out in front of each player, with only the least recent card being active. When performing an attack, the attacking player sets a damage die to a number they want to use, while the opponent gets to guess the damage set based on the cards both played. Damage is done directly from the card decks of each player, thereby limiting their options the more damage they take. Once a player can no longer fill their hand when it’s their time to do so, they have lost the battle and surrender.”