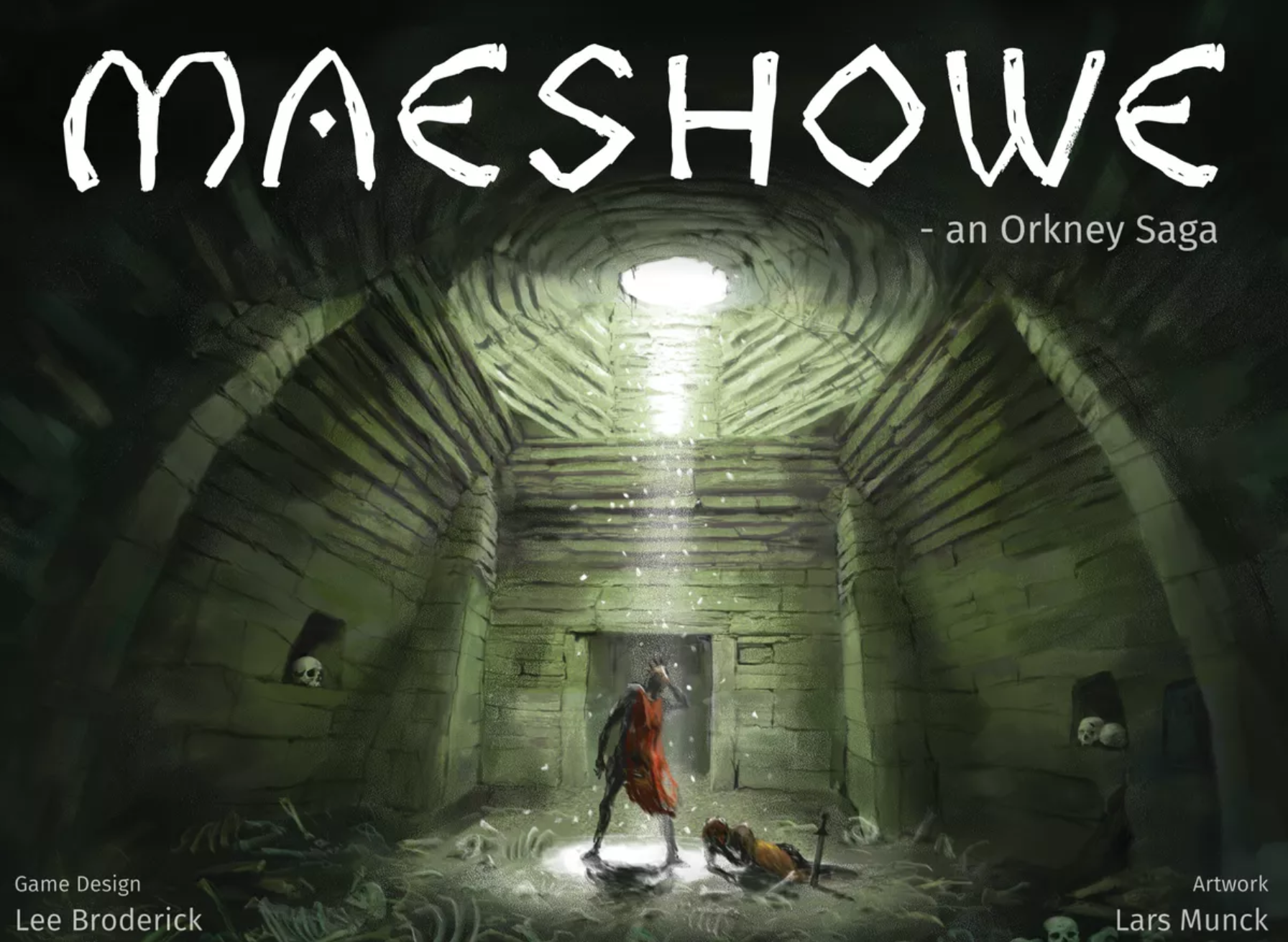 Summary: “This updated version of Lee Broderick’s Print and Play game Maeshowe offers a streamlined version of the core gameplay while adding a series of mini-expansions and alternate set-ups for more variety, challenge and replay-ability. Take on the roles of 12th century Vikings Jarl Rognvald Kali Kolsson and Jarl Harald Maddadsson as they find themselves trapped, and escape the Tomb of Maeshowe.”

Funding Status: Funded; currently at 522% with 9 days to go.

Summary: “A card driven solitaire game of the US Marine Corps landing on Tarawa in 1943, playable in 45 minutes. Victory is achieved by taking the island as quickly as possible while minimizing casualties.”