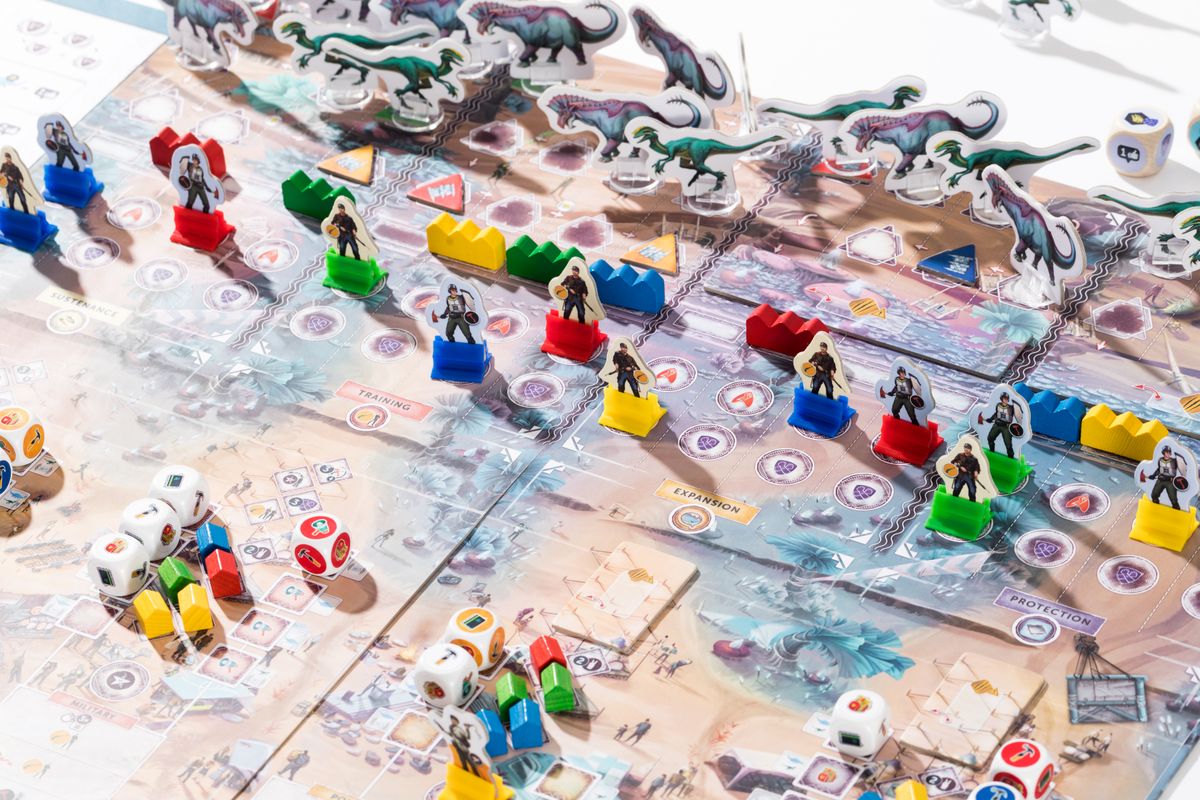 Summary: “A game of exploration, piracy, and influence based in a Caribbean-esque setting. Each player commands a ship and crew and seeks to amass the greatest fortune. They do this through pirating, trading, treasure hunting, and (importantly) capturing and maintaining control over the uninhabited but resource-rich islands of the region.”

Project: The Fall of the King (Ventura Battle System)

Summary: “The first chapter of the Ventura Battle System, a tactical wargame for 2 players to recreate the battle of Fossalta in 1249.”

Summary: “Take on the role of an archetypal hero beset with a quest from the gods. How you choose to react will become the stuff of legends. In three acts, you will encounter mythical characters and locations that you and your friends collaboratively weave into an epic tale. As you create your story, your characters will help each other advance their abilities and gain boons to achieve the final goal.”

Publisher: I Will Never Grow Up Gaming (Into the Black: Boarding Party)

Summary: “Build an impressive fiefdom in the era of Catherine the Great. A game of hidden bidding, tableau building, and simultaneous actions.”

Artist: Sebastien Caiveau (Menara, Not Alone, When I Dream)

Summary: “An asymmetrical card game in which one player (the Creature) plays against the stranded explorers (the Hunted). The new expansion adds a few elements to the base game, such as a Sanctuary location that gets more powerful the more that you visit it, but which also requires more effort to reach. The creature also gains the ability to mutate. Rescue survivors & fortify your base quickly!”

All-In (w/shipping): $69, also include the base game & previous expansion

Project: The Original Sherlock Holmes and His Baker Street Irregulars

Summary: “Dive into the world of Sherlock Holmes in this easy-to-learn, quick-to-play, competitive, currency-based, card-drafting game. With the Baker Street Irregulars at your disposal, visit locations, gather witnesses, and inspect artifacts in order to make the key arrests. Manage your BSI wisely to earn end-of-round bonuses and improve your chances of victory.”

Summary: “Perseverance: Castaway Chronicles introduces the first two episodes in a series of euro-style dice-drafting/dice-placement strategy games. The saga will ultimately consist of four episodes, telling the story of a group of survivors becoming a mighty civilization on a hostile island. As each episode features unique characteristics and a different game feel, they are playable as standalone medium/heavy games but also as a continuous campaign. The theme and story unfolds through evolving game mechanisms across the episodes, also making the rules easier to learn. In the campaign mode, the outcome of each episode influences the next, but the game has no legacy elements and no hidden rules; the whole storyline is infinitely replayable.”

Summary: “In Riot Quest, players assemble a crew of 5–10 Heroes and an equal number of Riot Gear cards to compete with up to three other players in a chaotic battle to score treasure and rack up victory points in an Arena. Each round, players alternate taking turns by activating one of their Heroes to perform various actions, such as running around the Arena, attacking Enemies, or raiding Treasure Chests. This starter is fully compatible with all previous Riot Quest releases and kicks off a brand new block of post-apocalyptic, winter-themed models and expansions for the game.”

Summary: “An engine-building game where you’ll draft Troop dice to complete battle plans, hire Champions to fire up your engine, and level-up your Warden’s abilities to pull off amazing combos.”

Summary: “A family strategy game featuring famous figures from the Surrealism art movement. On your turn, bring new guests to the party, serve food and drink, or have guests socialize with their neighbors at the table. Each guest also has a unique ability, so pay careful attention to who is sitting next to whom! Of course you want to make all the guests you’ve invited happy, but if you can arrange for your opponents’ guests to start a little drama, that’s okay too.”

Summary: “In Tokyo Metro, players take on the role of private investors looking to build up stations across Tokyo, speculate on train lines, and comprise a shared network to benefit multiple parties. The core of the game is built around worker placement. Osaka Metro Expansion builds on the original unique system design of Tokyo Metro, with a brand new map and set of action cards that can be used for a quicker game.”

“In Tokyo Tsukiji Market, players run a fishing company. Through the purchase of fishing licenses, they may take fishing actions to fish and put their catch for sale at a price they choose, which other players may purchase on their turn. The core gameplay centers on an open player-driven economy, with central markets that have limited resources, trading, and unique rules. Each game uses only a fraction of the included game markets, adding endless replayability. Tokyo Tsukiji Expansion adds new fish markets, ships, and renting opportunities to the acclaimed open economic simulator in the Tsukiji fish market of Tokyo.”

Base Pledge (w/shipping): $40, includes one of the 2 new expansions

All-In (w/shipping): $150, includes both new expansions and both base games

Summary: “Trench Club is a complex strategy game in which, in addition to attack strength and armor of the troops, their tactical setup, combat experience, damage and terrain have a decisive influence on the outcome of the battle. Since each unit brings its own strengths, you must cleverly assemble your army to win the victory over your opponents.”