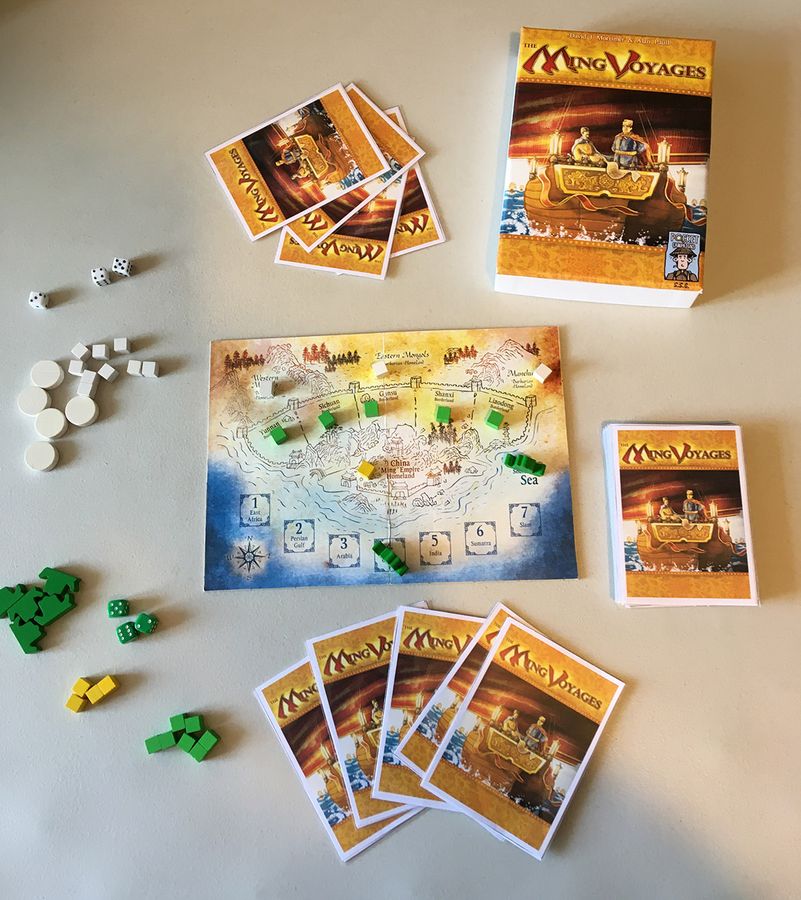 Project:  The Ming Voyages and The March of Progress

Solo Mode:  yes (The Ming Voyages); no (The March of Progress)

Summary:  “The Ming Voyages is an asymmetric game of treasure and conquests for 1 or 2 players. When playing with 2 players, one player is the Ming Emperor trying to complete all 7 Treasure Voyages as well as protecting the Chinese Borderlands from invading barbarians. The other player controls 3 barbarian factions who are trying to settle on the Borderlands with China.”

“The March of Progress is a 2-player micro war-game composed of several scenarios. Each scenario changes the set-up and tweaks the rules to give a labour of strategy in different time periods from the Thirty Years War through to World War 2. The aim of the game is to control countries through the simultaneous play of action cards in order to generate VPs during scoring.”