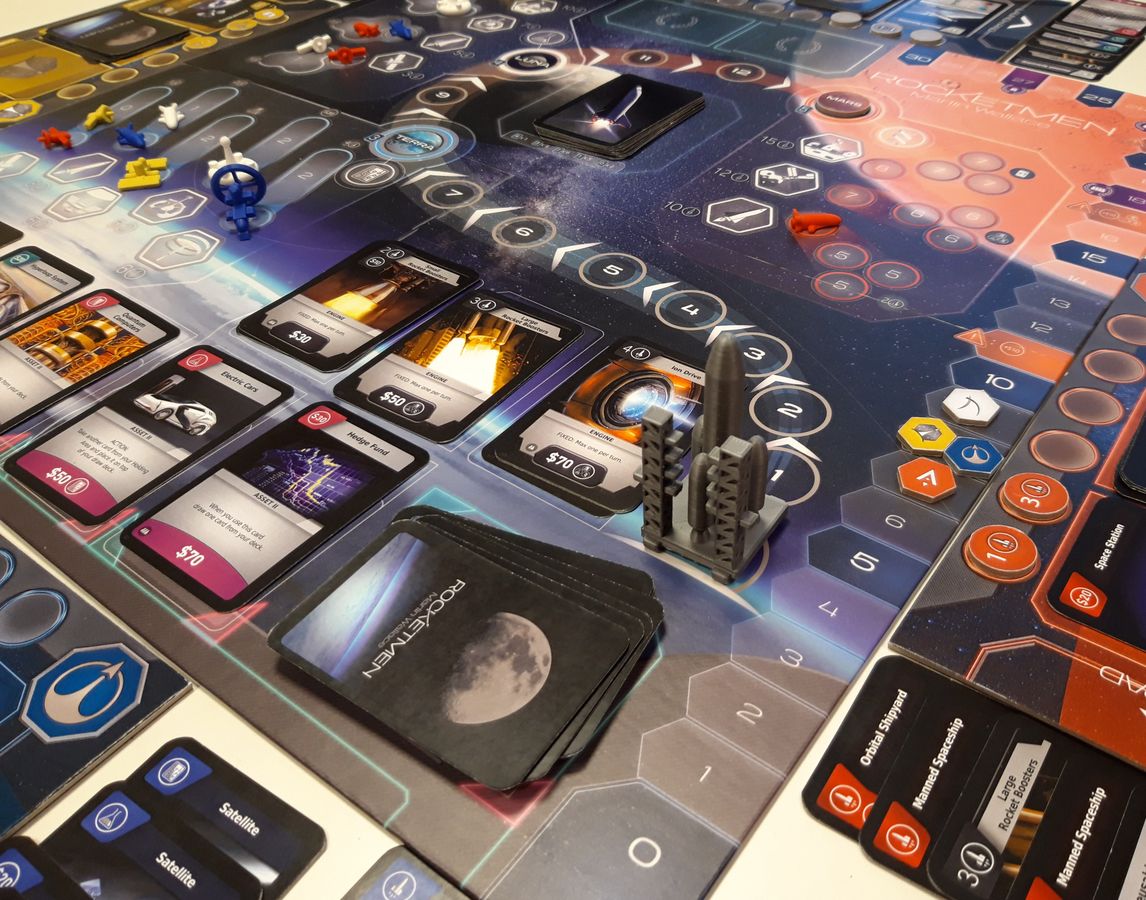 Summary:  Mystical is offering a limited campaign to sell 100 remaining copies from January 2019’s campaign, and to finance a few more extras that will be included with all copies from both campaigns.

“AVGhost: Paranormal Investigation a cooperative game for 1 to 4 players, where you will take control of a team of paranormal investigators. All of them are part of a specialized agency that investigates and solves paranormal events and poltergeist.  The game is designed to be played in the dark, with support from a digital app that will reveal clues, add background music and will startle you with the sounds and voices from different paranormal events. But you may also play with the lights on and without the app, by using the investigation booklet to completely replace the digital app.”

Summary:  “A deck-building confrontation of swift decision-making and tactical choices, Rocketmen gives you the feel of taking a front seat in a technologically wonderful spectacle of space exploration. It’s up to your predictive abilities and resource management skills to determine what kind of endeavor would be most suitable for paving the way to Earth’s celestial neighbors. It doesn’t matter whether it would be a low Earth orbit satellite or a manned base destined for the Red Planet; plan your mission carefully, equip your shuttles and rockets craftily, yet do not hesitate when your gut instinct tells you when it’s time to launch!”