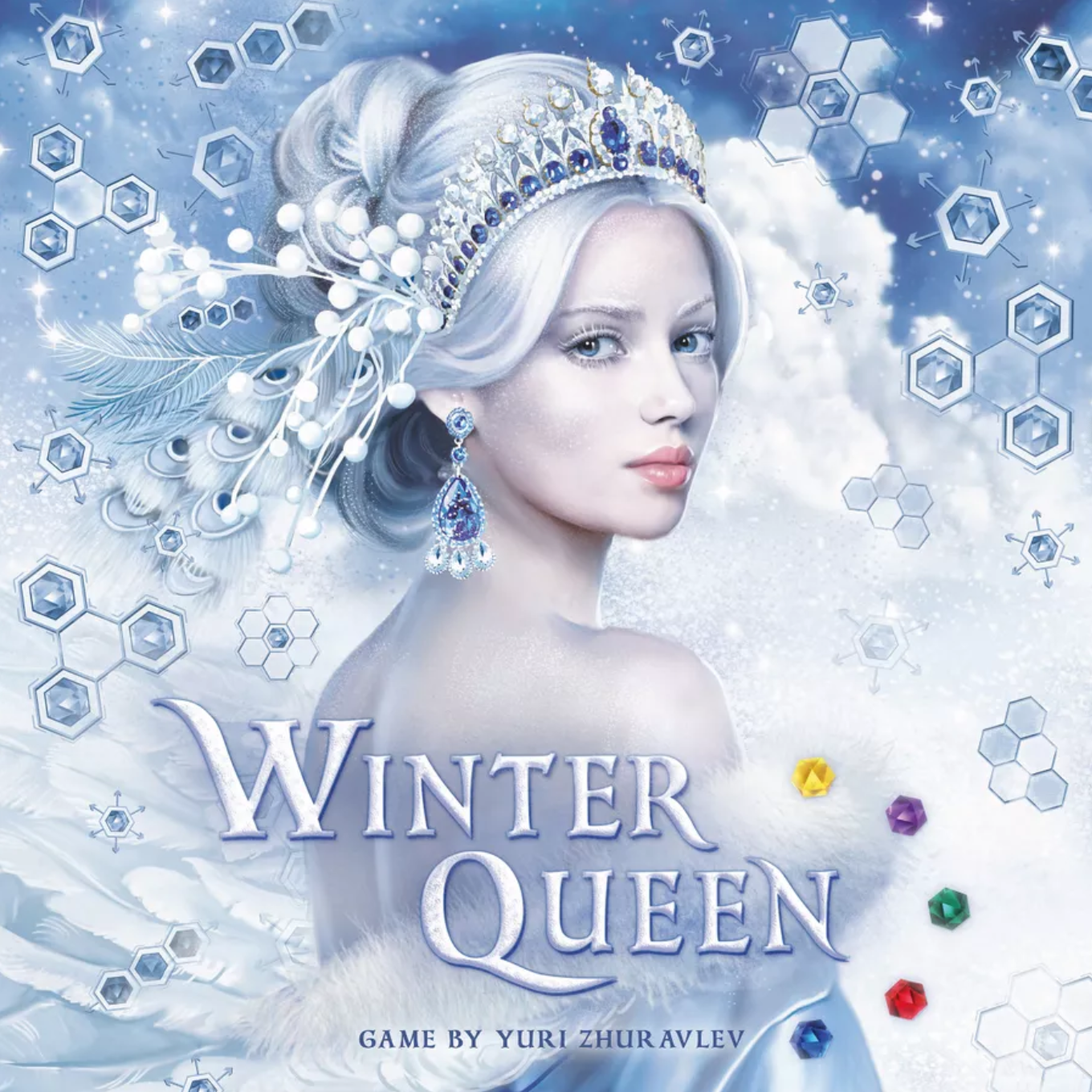 Funding Status: At the time of this posting, Winter Queen is already fully-funded. Pledges currently total almost 3x the initial funding goal with less than 2 days to go on the campaign.

What It’s About: “Take on the roles of Winter Queen’s sorcerers, creating magical ornaments out of enchanted crystals. Each turn, you either place a new crystal onto the board or use already placed crystals to score victory points depending on the spell books you and your opponents have.”

How It Works: “Players take turns in clockwise order until all crystals have been drawn from the Crystals bag. The player with the Winter Queen token takes the first turn in the game.”

“On your turn, you must choose one of the following actions to perform: 1) place an available crystal on an empty space of the map; 2) place an available crystal on an empty page of your Spell Book tile; or 3) activate one of your Spell Book tiles and score VP.” Much of the strategy of the game has to do with activating Spell Books at the right time to score the most points. This may mean activating quickly after obtaining it, so that the game board doesn’t alter much and reduce your scoring, or waiting until the game board hopefully does change to increase your scoring.

“If you take the last crystal from a Crystal Holder tile, immediately gain 1 VP. Then draw new crystals from the bag and place them on that Crystal holder tile. Once the last crystal is drawn from the Crystals bag, the final step of the game begins. Place all available crystals on a single Crystal Holder tile. From now on, all these crystals are available to all players. Players continue to take turns until the player with the Winter Queen token takes their turn. After that, each player takes 1 more turn and then the final scoring begins.”

“Starting with the first player and proceeding clockwise, all players apply the effects of all their Spell Books that hold at least 1 crystal and score VP as usual. During the final scoring, do NOT discard any Spell Books or crystals as they can be used by other players’ Spell Books. In addition, do NOT discard a crystal from the map when activating your Spell Book with 2 crystals on it. After all players have activated all their Spell Books with at least 1 crystal, reveal your VP tokens and count up your final score. The player with the most VP wins and becomes the Winter Queen’s new Key Advisor! In case of a tie, the victory is shared.”

Comparisons: The only other abstract strategy games from BGG’s top 1000-rated games that also feature drafting are Azul and Azul: Stained Glass of Sintra.

KS Exclusives
It’s unclear at this time. The 3 mini-expansions may or may not eventually show up at retail. But if they do, they will be available as a separate purchase and not included with the retail copies of the base game.

All-In Total: In the continental U.S. you’re looking at $37 for the Royal Wizard pledge and $11 in shipping for a total of $48.

Winter Queen completes its Kickstarter on Thursday, December 31st and tentatively ships in May 2021.