Kickstart This! #114: Oathsworn: Into the Deepwood 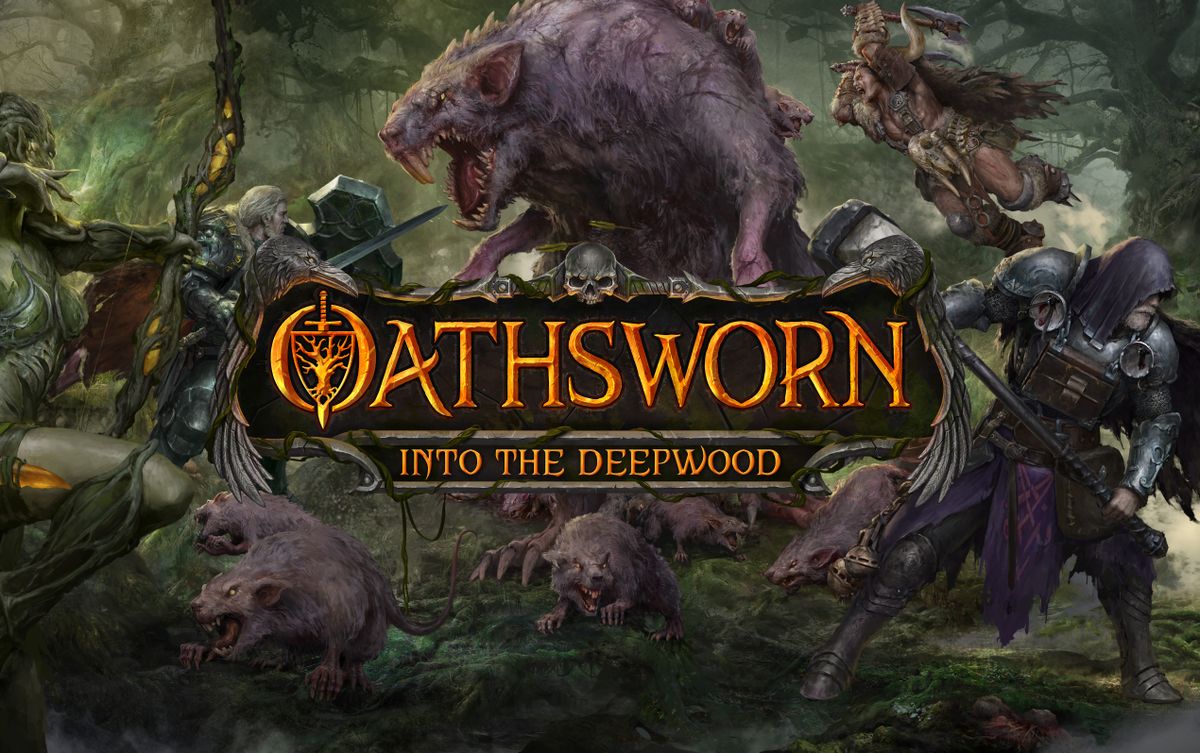 Funding Status: At the time of this posting, Oathsworn: Into The Deepwood is already fully-funded.  In fact, pledges currently total more than 32x the initial funding goal with 10 days left to go on the campaign!

What It’s About:  A cooperative, campaign-driven narrative game with miniatures, app support, lots of unlockables, and multi-phase, scripted boss encounters.

How It Works: The full campaign takes place over a series of Chapters. Gameplay consists of a story part (traveling to a new location), followed by an encounter. The story part takes about 30 minutes, and the encounter 2-3 hours. They can be broken apart and played separately, played together, or several story/encounter Chapters can be played all at once. Over the course of gameplay, character can gain additional bonuses, new Ability Cards, new Items, and new Allies.

During the Story section, players can only visit locations if there’s a Location Token on the space; more Location Tokens are added to the board depending on how the story evolves over the course of gameplay. When a location is chosen, the corresponding Location Token is placed on the Time Track. The story section is then referenced based on the numbers on the back of the token and the section of the Time Track the Location Token occupies. If the token is placed over a space with an icon, it will trigger additional mechanics, such as Gaining a Token or a City Event. Additionally, if certain icons are left uncovered at the end of the story section, the players may gain additional rewards for completing it with a high level of efficiency. Finally, Oathsworn includes both a dice-based system and a card-based system for some of its mechanics. The card-based system mitigates much of the randomness, because it equals the same results as dice rolls, but once a card has been drawn, that card will not be re-drawn; whereas with dice, players could keep rolling the same poor results over and over again.

The Epilogue at the end of each encounter will tell the players how they’ve leveled up, what Ability Cards, Combat Tokens, Items, and other upgrades they’ve gained; but also what Equipment has been degraded and lost during the encounter.

*Note: Due to the lack of an available rulebook, most of the gameplay instructions were taken from Paul Grogan’s Gaming Rules! videos.

KS Exclusives:
The Core Pledge and all of the Add-Ons.

Oathsworn: Into The Deepwood completes its Kickstarter on Tuesday, November 5th and tentatively ships in December 2020.