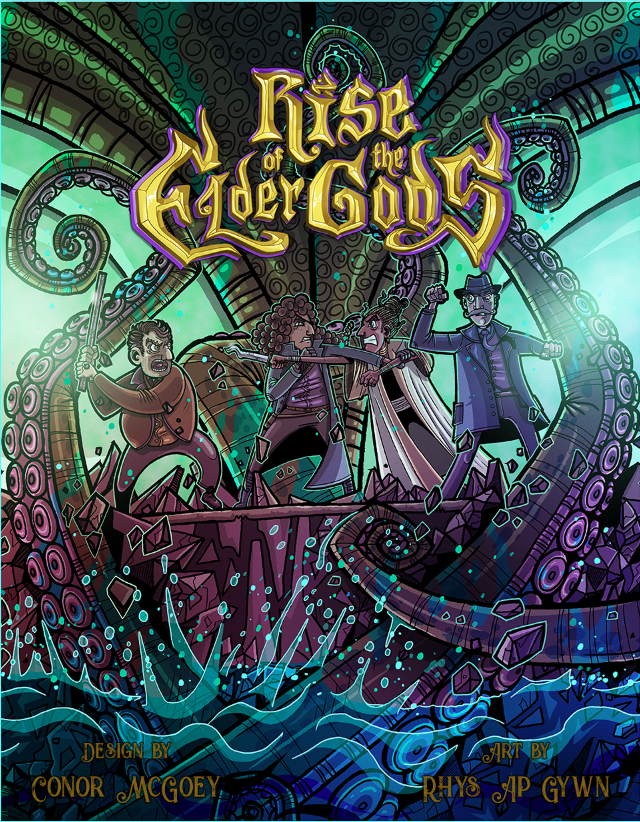 Summary: An adaptation of the Blood Palace single-elimination tournament from the Devil May Cry video games, produced, as it must be noted, by notorious published Steamforged Games, who has been incredibly late delivering every single one of their mediocre-at-best board game adaptations of similar video game IPs.

Project: Dice Upon a Time

Summary: Play as one of the fairy tale characters from the original Grimm’s Fairy Tales in this family adventure game with dice-rolling and card play.

Summary: A sci-fi dice-battling board game from creator Paul Willis, a huge Star Wars fan who, in addition to finding inspiration in Star Wars for his game’s lore, has also created a soundtrack for Fortitude of Empires with the inclusion of 6 lesser-known actors from the Star Wars films.

Designer: Krzysztof Zieba (In the Name of Odin)

Summary: A narrative exploration game with Saw-like theming where the player characters are all looking for redepemtion from some past misdeeds, and must escape the game’s location in the vein of Betrayal at House on the Hill.

Summary: A cooperative beat ’em up with dice rolling and plastic miniatures.

Project: Rise of the Elder Gods

Publisher: Inside Up Games (Gorus Maximus, Summit: The Board Game, Vault Assault)

Summary: A Cthulhu-themed board game where, instead of trying to save the world, players compete to amass the most souls and annihilate humanity using card mechanics and resource management.

Summary: Try to match musicians with their favored instruments to score maximum “skilled” points, and chain actions together for bonuses, in this quick-playing battle of the bands.

All-In (w/shipping): $45, same as above (not including vanity pledge levels)