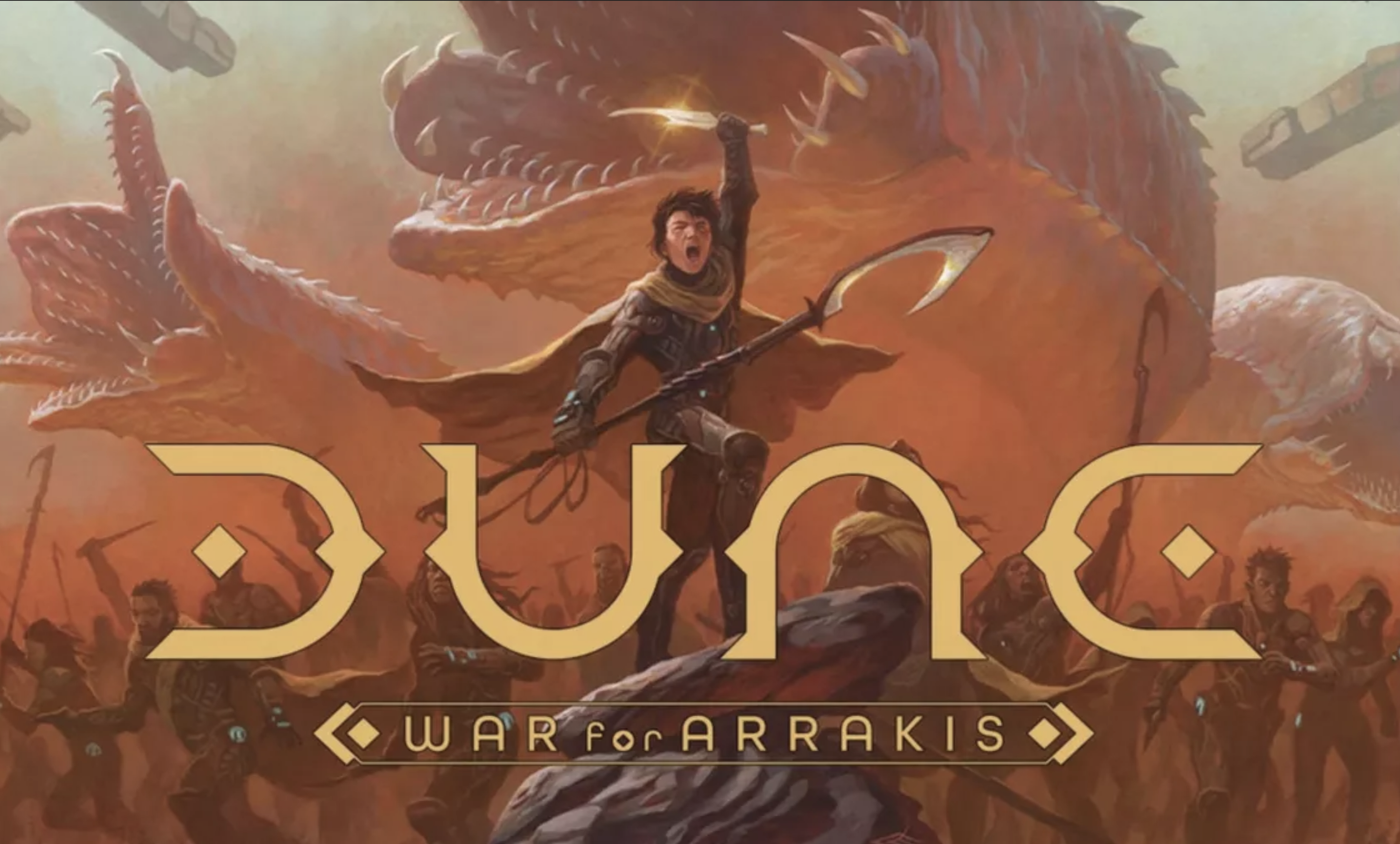 Summary: “Arrakis is a desert world seemingly dead and barren, yet here lies the most important resource in the galaxy: Spice. Without Spice, space travel is impossible, and humans become little clusters on isolated planets. The noble House that controls Arrakis and the production of Spice wields great power. The Emperor gave Arrakis to House Atreides, but then he conspired to replace them with their old rivals, House Harkonnen. Baron Harkonnen crushed the Atreides in a treasonous attack, and now rules the planet with an iron fist. But Paul and Jessica, heirs to House Atreides, are alive, and are mounting a rebellion with the aid of the formidable Fremen, the mysterious inhabitants of the barren expanses of Arrakis. Only one House will emerge victorious from the coming struggle, while the other will be lost in the desert sands. It’s into this grim reality that players will be thrust in Dune: War for Arrakis. In this asymmetrical strategy game, players fight for control of the planet, maneuvering troops like the Fremen, the Fedaykin, and the fearsome Sardaukar, while sending Spice harvesters into the deep desert, daring to challenge the great Sandworms. The game features an action dice system with numerous event cards that will enable players to retell the Dune saga differently with each playthrough.”

All-In (w/shipping): $168– until more pledges, including an all-in pledge, have been added

Funding Status: Funded; currently at 547% with 6 days to go.

Summary: “The ultimate building challenge. Work with the other players to create a mighty home for the Chieftain, stone by stone. You are a craftsman, but you cannot let the Chieftain see your trademark stones, or you will be penalized. The longer you play, the more difficult this task becomes. Take on your opponents and become the Chieftain’s Master Builder. The theme setting is the Native American Pueblos of the Southwest tribes of the Zuni and Hopi. The board is a fairly small square. Each player gets a number of building blocks in their own color, and also some neutral colored blocks (1 fewer than the colored). Starting with the odd colored block, the player places it on the board, and then gets to move the Chieftain around the outer track surrounding the board. If the Chieftain can look straight across and see any colored blocks, those players gain points — but points are bad. And when the Chieftain lands on the corners of the track, he looks down on the Pueblo from above, and all visible player’s blocks gain them more points. Now, on each subsequent pair of turns, you have a choice of a colored block and a neutral block. Once all players’ blocks are played, the Chieftain makes one last trip around the board, players gaining points all along the way. The player who has gained the fewest number of points is the Master Builder and the winner of the game. There are also some extra components for making the game more challenging by adding an element of bidding for turn order, and from 1 to 4 sacred sites that cannot be built upon.”