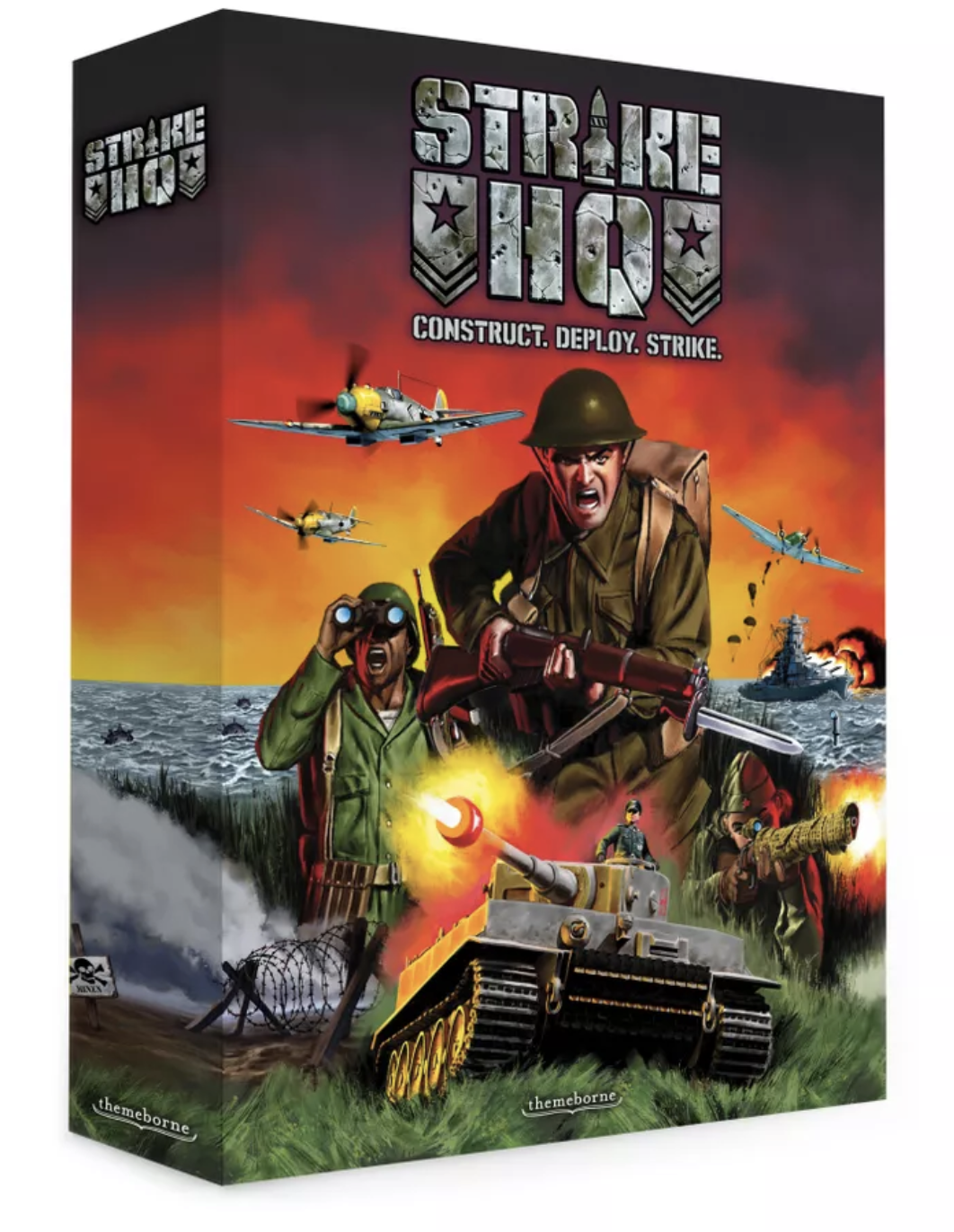 Summary: “Heroes of Normandie is a fast-paced WW2 strategy war game inspired by Hollywood war movies. A tactical scale board-game opposing two players and two armies, with the Germans on one side and the Americans on the other. Players use order tokens to determine initiative and to bluff. While a single six-sided die determines combat, action cards are played to spice things up. Secretly plan your attacks and outwit your opponent. Block the opposing strategy and surprise the enemies. Deploy your units and don’t turn back. The Battle for Caen expansion includes Operations Epsom, Goodwood, and Charnwood, which together create the biggest expansion ever produced for Heroes of Normandie. No less than 9 punchboards (containing new units, 7 new characters, modular buildings), 6 terrain boards, 7 scenarios (all compatible with the Solo mode), as well as the action cards and order tokens for the Commonwealth. This expansion is also an opportunity to introduce a dangerous new arena of urban fighting on the Western Front. Originally developed in Heroes of Stalingrad, this now includes snipers in the ruins, where every street can hide an ambush, and where every house is a potential trap.”

Summary: “A two-player, head-to-head, expandable battle card game that brings the classic thrill of real-time strategy (RTS) video games to the tabletop. Starting with only a Headquarters and a handful of units, you play commanders of opposing factions and will use an innovative blend of simultaneous action programming and hidden information mechanics to construct your bases, deploy more units, and launch a strike against the enemy HQ. You win by either destroying your opponent’s HQ through an overwhelming offensive or by sitting back and storing up enough resources to launch a game-ending Atomic Strike. Gameplay is inspired by classic PC RTS video games of the 1990s like Command & Conquer: Red Alert, and more recently Company of Heroes.”