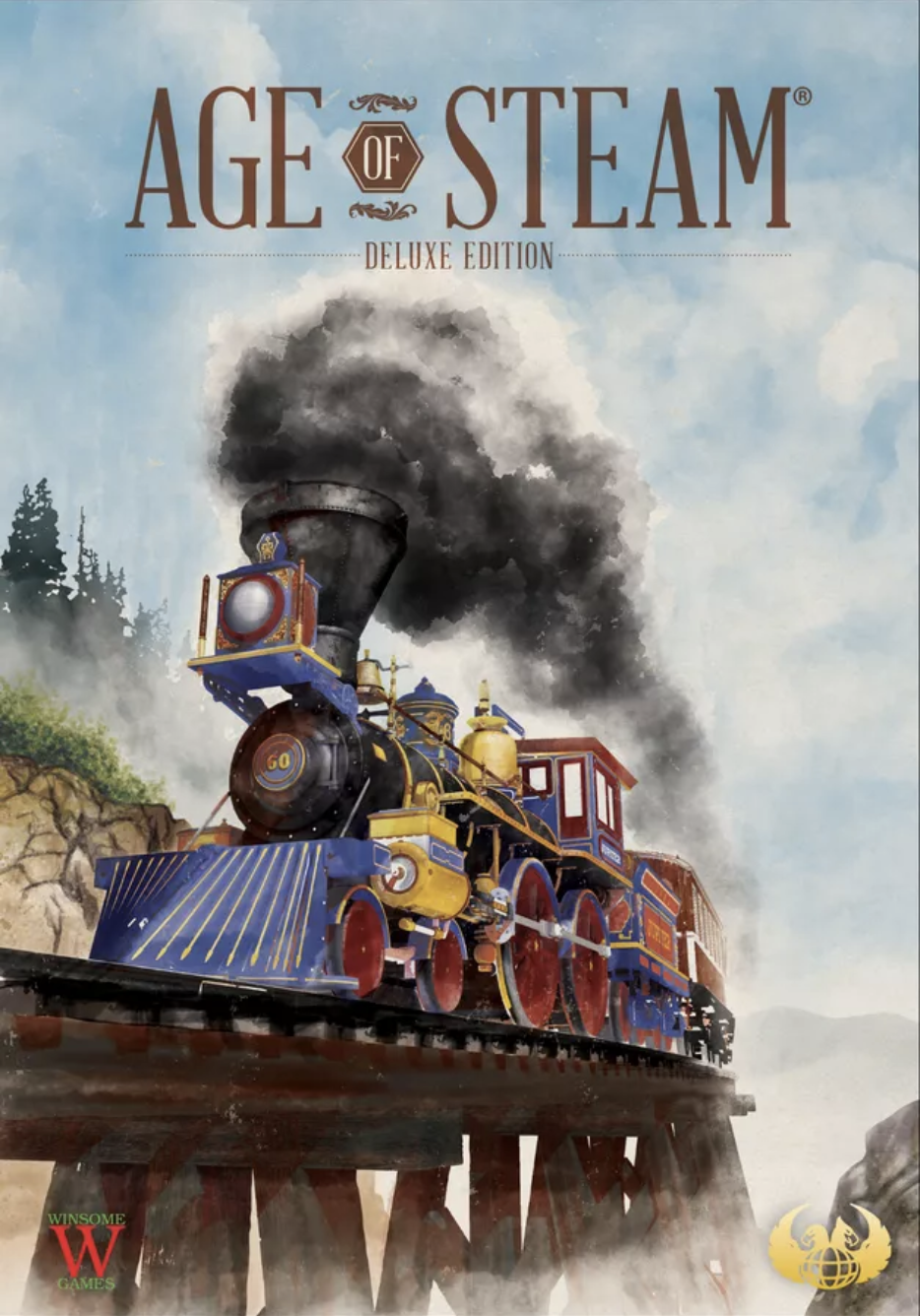 Publisher: Eagle-Gryphon Games (Brass: Lancashire, The Gallerist, Lisboa, On Mars, Through the Ages: A New Story of Civilization)

Summary: “Age of Steam relives the era when pioneering U.S. railroads built the tracks that transformed America’s economy. The cut-throat action is centered on the industrial powerhouses of the growing nation: Pittsburgh, Cincinnati, Chicago, and beyond. Each self-contained phase in the game keeps players constantly involved in making vital decisions and interacting with other players. Age of Steam also allows towns to be developed into cities, ensuring that no two games are exactly the same.”

Project: Heroes of the Bitter Harvest (on Gamefound)

Summary: “A new East Front module for the Lock ‘n Load Tactical series. It features a fluid, impulse-based turns, squad-level, and individual heroics, plus lots of armor and special rules to bring the fight for the southern steppes of Russia to life. German Landser, Mechanized, and Armored formations clash with Soviet Line, Guards, and NKVD Divisions. New units never before seen in the Lock ‘n Load Tactical series are introduced. The German Pz IV F and G along with the Marder II and StuG IIIF join the battlefield as well as the Soviet Tachanka MG wagon, NKVD troops, and the IL2 Sturmovik. We also introduce a new leader type-the Incompetent Leader. The scenarios range from the city of Voronezh and through Rostov, as far south as the Caucasus Mountains. Into the footsteps of the Silk Road at Khulkhuta, up and into the outskirts of Stalingrad itself.”