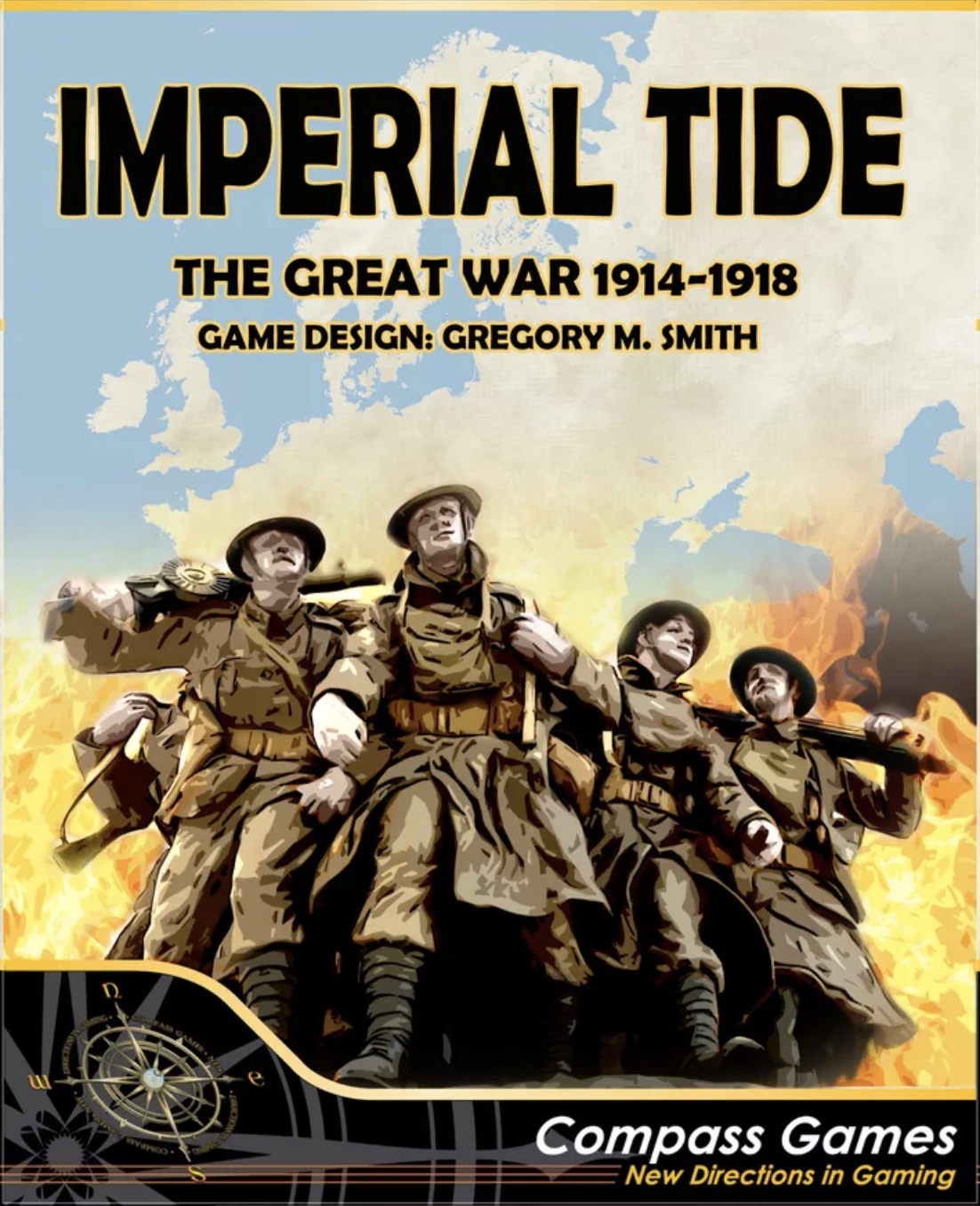 Summary: “A strategic level war game covering the entire Great War in just one evening. It is based on the ‘Pacific Tide’ game system and features card-driven mechanics and a simple system that allows for multiple decisions by both players. Players will control Army/Naval Groups represented by strength points for maneuver and control of map areas. The game also includes a ‘bot’ for solitaire play.”

Funding Status: Funded; currently at 239% with 9 days to go.

Summary: “The goal of the game is to build the kingdom for which we get the most points. The players collect points in two ways: by completing the edicts and by connecting the various icons in their kingdoms. The game is divided into 9 turns during which the players perform actions simultaneously. The players simultaneously pick one card and play it on the table. Next, they pass the unused cards to the player on the left. Using the received cards, the players play another card and add it to their kingdoms. The game continues to the moment of playing the ninth, final card.”

Summary: “In Space Time, you role play as a scavenger who flies your trusty rocket all around the universe, in an attempt to earn income, by completing tasks, finding items, and using tools at your disposal to gain an advantage. But, watch out for Space Pirates. They can take everything in your cargo hold, and set you back, big time.”