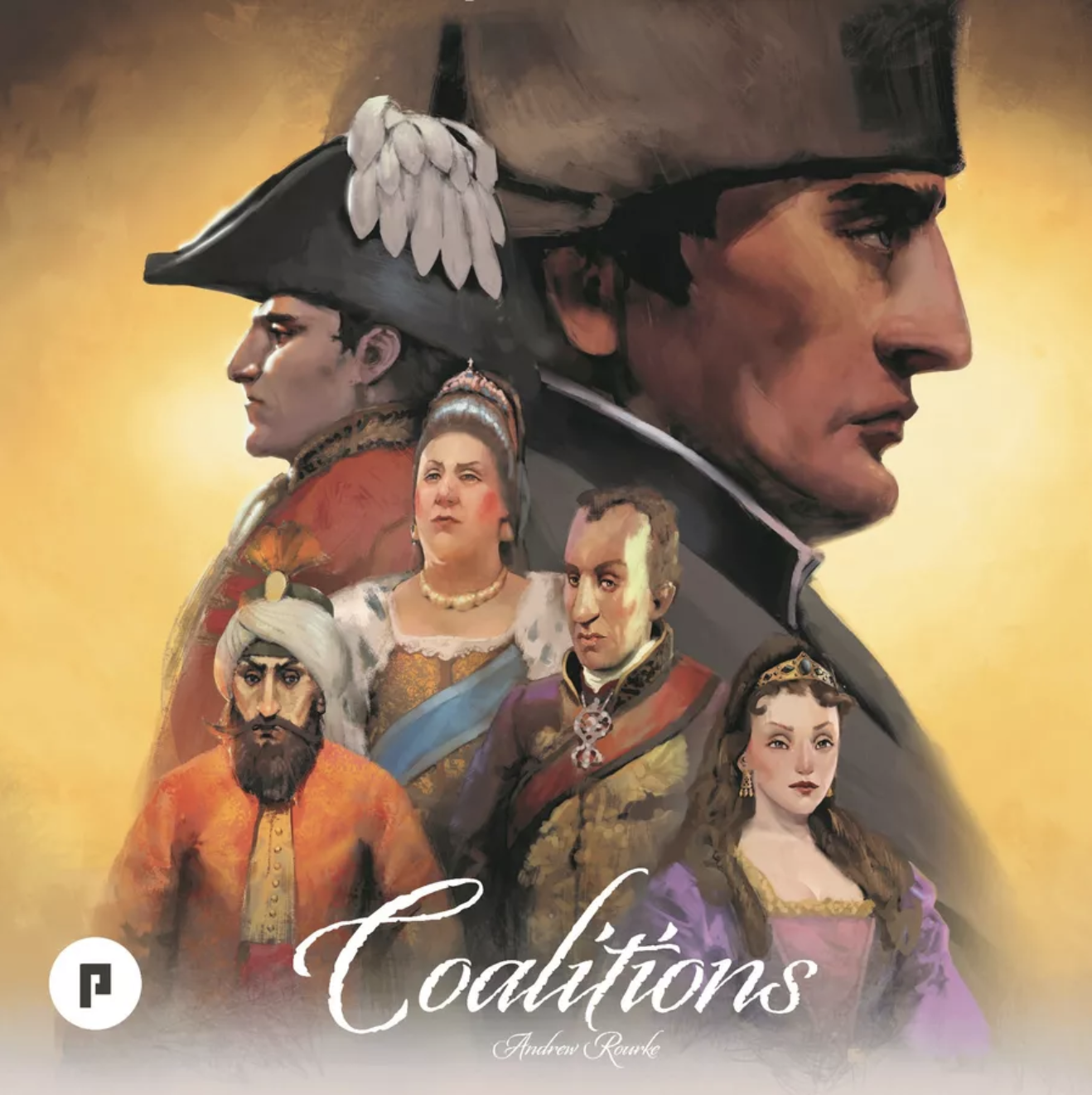 Summary: “Coalitions is based on the series of conflicts known as the Revolutionary and Napoleonic Wars. Players, representing major European powers, compete against each other to shape the future of the Continent. The innovative and elegant game system allows a historical recreation of the conflicts, but better yet, can also create plausible alternative histories. The Alliances may take different forms, the campaigns may be fought along different lines of approach, but what the players witness is still a believable version of history. Each player controls one of six asymmetric factions: France, England, Austria, Prussia, Russia or Turkey. They then try to form an alliance, insisting that it will be beneficial to all, although only one player can actually win. Throughout the game, players try to capture and consolidate key positions, which will earn victory points during the relevant phase.”

Summary: “NATO, The Cold War Goes Hot, Designer Signature Edition marks the return of a true wargaming classic by Bruce Maxwell. NATO simulates a potential NATO/Warsaw Pact conflict in Central Europe during the Cold War years of the 1980’s. First published in 1983, this game was Victory Games best-selling title, purchased by over 75,000 gamers worldwide. This new edition is based on an exhaustive two-year study by the Designer of the records that have come to light since the fall of the Berlin Wall. The game combines highly accurate information on the forces the Warsaw Pact actually had with now de-classified reports from the CIA and the Defense Intelligence Agency regarding what satellite surveillance and HUMINT revealed about their actual plans. The map has also been extensively updated with new satellite geography. Finally, the game system has been reworked to better reflect the fluid, fast paced and deadly nature of modern warfare, while retaining the original intention of simple and intuitive play. Here is the ultimate Cold War game, remastered, and playable in a single sitting.”

Funding Status: Funded; currently at 288% with 8 days to go.

Summary: “A deck-building game in which you’ll manage a research team, hire predocs, postdocs and seniors, publish articles and get funding through international projects. Top scientists and inventors will help you in your quest. Will you win the Nobel Prize? During the game, players will use the resources generated by their cards to pay the cost of the cards available in the common card pool. In this way, research grants, lab equipment, researchers, scientists and inventors will be added to their individual deck.Turn by turn, players will expand and improve their research team.”

Summary: “The King may be in trouble. The court that surrounds him contains subjects who seek power. Each player represents a family that will vie for control over subjects. Featuring seven victory conditions the path to victory may shift as you gain more information about each subject’s motives and those of the other families. Your allegiances will twist and change based on your interests. The subjects are but pawns.”