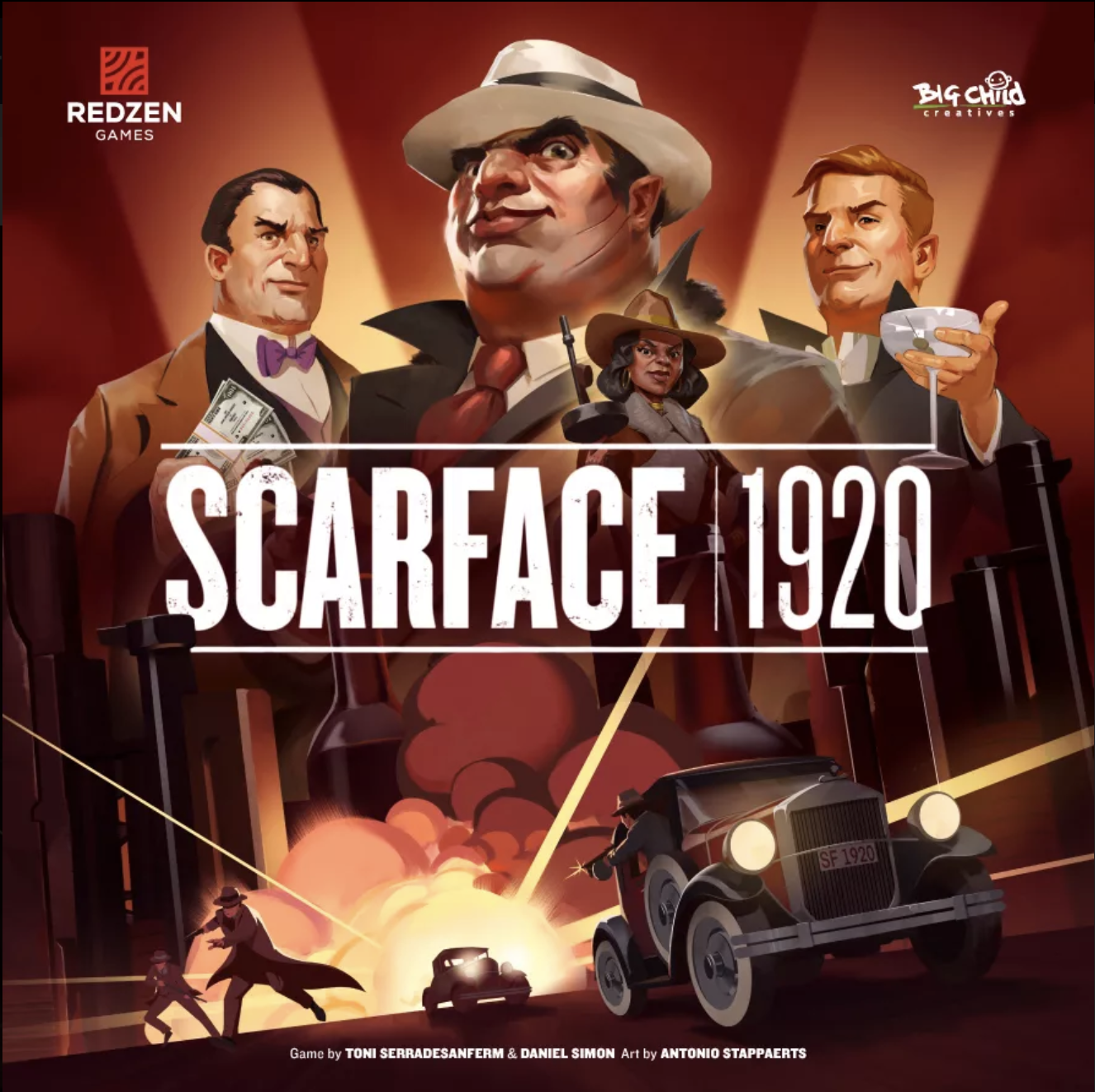 Summary: “Alien Petshop is a light, dice placement and set collection game. Players compete to run the most efficient shop. Gather cute, exotic, and even dangerous pets from across the galaxy. Be careful with dangerous pets as they can overwhelm your shop with pests, slime, or fire. Hire workers to care for your pets, sell goods, and even mutate your pets into the ultimate designer pets. Collect sets of pets to earn awards worth Victory Points. Money you have at the end of the game, plus the value of your awards determines your pet shop value and the winner.”

Summary: “Four interactive adventures set in the world of the Cthulhu Mythos. Walk through the steps of Ace, the main character, as he faces Lovecraftian entities in different times and places, only to find himself on the verge of a catastrophe as old as Earth itself. The game is played on four separate books, each telling the story of a new character, with different mechanics and goals. The common point lies in the card deck, which appears in the story as a key element too. The project and the cards are a limited edition Kickstarter exclusive.”

Summary: “Players create and modify dinosaurs using cards depicting dinosaur body parts similar to an identikit. On top of these body parts, the cards also carry dinosaur name syllables and attack and defense values. The syllables creates specific names for each of your dinosaurs, whereas the attack and defense value give strength to your dinosaurs. During your turn, first draw dinosaur body part cards, then create new dinosaurs or modify any dinosaur on the table, and then feed your dinosaurs. Herbivores will share a limited pool of vegetation tokens, while carnivores will hunt other dinosaurs. Your dinosaurs that couldn’t find a food source will go extinct. The longer can survive your dinosaur species, and the more victory points you will get. During the modification phase, use negotiation, intimidation, pleas, and bluffing will to convince the current player to modify other players’ dinosaurs and not yours!”

Summary: “Elementile is a fast-paced, tug-of-war card game. Draft or construct your deck, summon units, and cast powerful spells to control the 4×4 field of play. Sacrifice cards from your hand to gain elemental power used to summon units and cast spells, then take the fight to your opponent and advance your army to their front door. Advance your units across the board to reduce your opponent’s health to 0 to claim victory.”

Summary: “A rock climbing-themed strategic board game. The goal is to gain the most points by climbing the best route up the mountain and becoming the most skilled climber. Each player assumes the role of a unique asymmetric character, and throughout the game they will be building their route up the mountain, managing resources, achieving objectives, and increasing their efficiency by accumulating skills and gear.”

Summary: “You are a young spirit of the forest, sent out by Gaia to bring the first life to the world. While you are growing your trees across the vast and barren lands of Pangaia, you must complete a series of rituals to honor Mother Nature. Those rituals unleash Gaia’s energy of LIFE and are the beginning of the endless cycle of growth and decay. Grow your own forest and contend with other players for territory. Strategic choices are crucial along the way. Will you keep your forest calm and isolated or mingle with others to reap the benefits gained from diversity.”

Summary: “A crazy race game set in movie studios, with super attacks, low blows and tag team action. On your turn you may choose to perform up to 3 actions among: move, use one of your vehicle’s abilities, ram, honk, or repair. Each track (movie set) has different rules and you will have to adapt and use them to your advantage in order to outsmart your opponents. The first player who manages to reach the finish line with their two vehicles wins the race.”

Summary: “A standalone board game set in the Peak Oil universe. As the top executive of an oil corporation, you are sent to a war-torn nation that’s got a lot of oil — and no one who can help sell it. That’s where you come in: your task is to make the most cash before corruption ruins the land. This card-driven tactical game features area control, simultaneous action selection, and a healthy dose of player interaction. Progressing in rounds, players improve their workforce by investing in powerful consultants and vie for influence over the nation’s three warring factions. As control of the oil fields passes between the hands of the so-called “government,” the “National Liberation Front,” and the noble “Guerilla Militia,” you have to ensure you’re in the right place at the right time with the right faction leader in your pocket. Double guess your competitors, blackmail politicians, and sell weapons to whoever needs them to ensure you keep the oil — and money — flowing in your direction. Your sole goal is to make the most profit before corruption destroys this sorry region.”

Summary: “Lead a gang of mobsters aiming to rule Chicago during the Dry Era (1920-33). To succeed you will have to rule every inch in gangland, expand your racketeering, run bootlegging operations, bribe the city officials, and make sure the coppers are on your side. Scarface 1920 blends worker placement with deck-building mechanics in a game where you will have to recruit new associates, break new deals, fill the streets of Chicago with your thugs, enhance your headquarters — and do some dirty jobs along the way. Every gang has a distinct set of abilities embodied in their boss, and in every game you will be able to choose a different path to victory. However, in this turf war you will have to confront other rival gangs that share an identical goal: growing their criminal empire. But they are not the only challenge you will face — Eliot Ness and his Feds are out to get you too!”

Summary: “In the role-selection and resource-management game Thera, each player has a map of the island where they will engage in trade, clear ash, generate resources, move those resources to building sites across the island, and construct economic and luxury buildings. On a player’s turn, they select one of five roles from the rondel. Every player can benefit from this role, and the one who chose it gets benefits that scale with the amount of favor on the role. Favor accumulates on roles over the course of the game and is redistributed every time a role is chosen. The Priestess prays for rain, bringing the life-giving resource to the island. The Worker consumes that water and produces resources. The Planner moves those resources around Thera so that they can be used for construction or trade. The Builder uses those resources to construct buildings on undeveloped sites across the island. And the Trader buys and sells resources at the port.”

Summary: “Each player controls one hero from each of the four classes: Champions, Fighters, Magicians, and Menders. Each hero has three abilities and may be activated once per turn. Combining these abilities to have the maximum effect is the key to victory. The two player mode is a competitive skirmish battle between each player’s heroes. The solo mode employs a two enemy decks of monsters and monster kings which battle the heroes. As monsters are defeated, they add new abilities to the undefeated monsters, including the ultra-deadly monster king.”