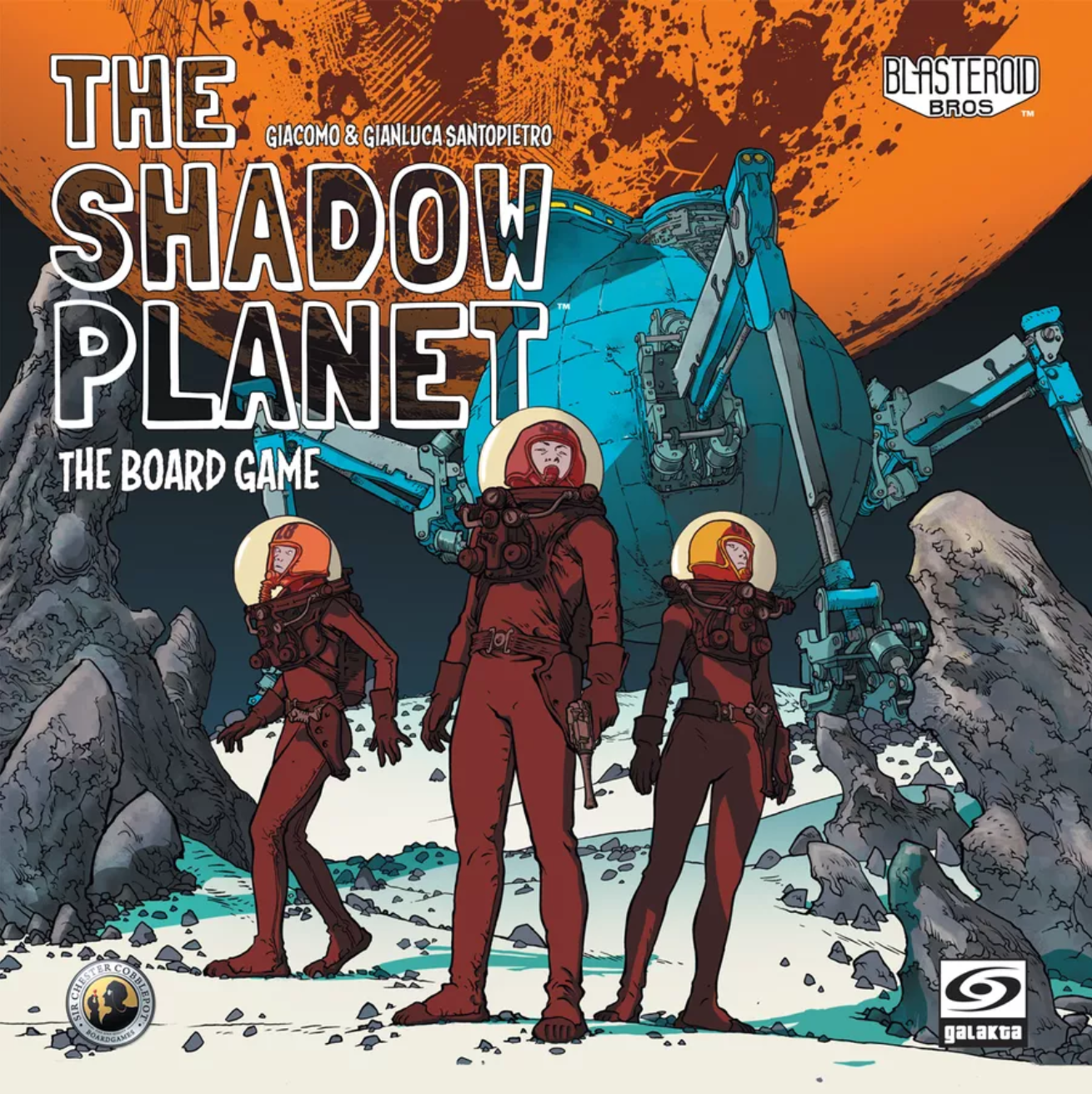 Summary: “You’re a god, and a pretty darn good one if you do decree so yourself! Which you do, of course. But gods need followers, and followers are notoriously fickle. It’s up to you to keep them happy because happiness for them means a larger altar for you. Welcome to the world of Altar Ego! During a round, one player will roll the dice. Each player, beginning with the one who rolled, must claim one of those dice and may take an action (not necessarily in that order). During your turn, you’ll vie to make your altar the greatest by building on your altar and recruiting villagers, all while trying to sabotage other players’ efforts to build and recruit. Once a player’s altar collapses or enough chapters are collected by either a player or the kingdom, the player with the greatest altar wins.”

Summary: “A thematic and puzzly, medium weight airline management board game. Your task is to grow your airline by purchasing airports and planes to build a worldwide flight network. The game can be played competitively or in a solo/cooperative mode. The competitive mode features engine building, hand management, auctions and fierce competition for resources. The cooperative mode is a challenging puzzle, requiring you to work together as a team to purchase assets and transport passengers to their destinations, with pick up and delivery, hand management, and engine & network building.”

Summary: “Disparity Trap: The Socially Conscious Board Game provides an easy way to have the hard conversations around race & privilege in America, and how they impact society in systemically dominant (SD) and systemically non-dominant (SND) ways. The board game is like many of its kind, where your main goal is to live your life the way you choose;  go to school, get a job, possibly build a family and a career. But in this game, you also step into someone else’s shoes to experience that life within an identity different from your own. Throughout the game, the dice rolls correlate your identity in the game to real life statistics.”

Summary: “In Marvel United: X-Men, you take the role of iconic Marvel Heroes cooperating to stop the master plan of a powerful Villain controlled by the game. Each Villain unveils their unique master plan, with cards that trigger different effects, and threats that pose challenges across the locations. Heroes must choose carefully the cards to play from their unique decks, that not only offer different actions and superpowers to use, but also combine with the actions of other Heroes to do the impossible. Build your story-line, unite your powers, save the day!”

Project: The Shadow Planet: The Board Game

Summary: “The Shadow Planet: The Board Game is a sci-fi game of alien horror, based on the beautifully illustrated, Italian graphic novel by Blasteroid Brothers. It blends the idea of hidden identities with a revolutionary approach to the deck-building genre, offering you a unique gaming experience and a chance to use a completely different strategy every time to play. Draw your secret goal and use six different characters to achieve it. Deceive your rivals and control the flow of the game through cunning management of different decks. Move around various locations on the planet to gain powerful cards or use special abilities, but remember that they will also benefit your opponents, who can acquire the very same deck you’re trying to modify. Play over the table, look for allies, and identify the alien threat before it proves too powerful… unless you’re the creature trying to leave the planet!”