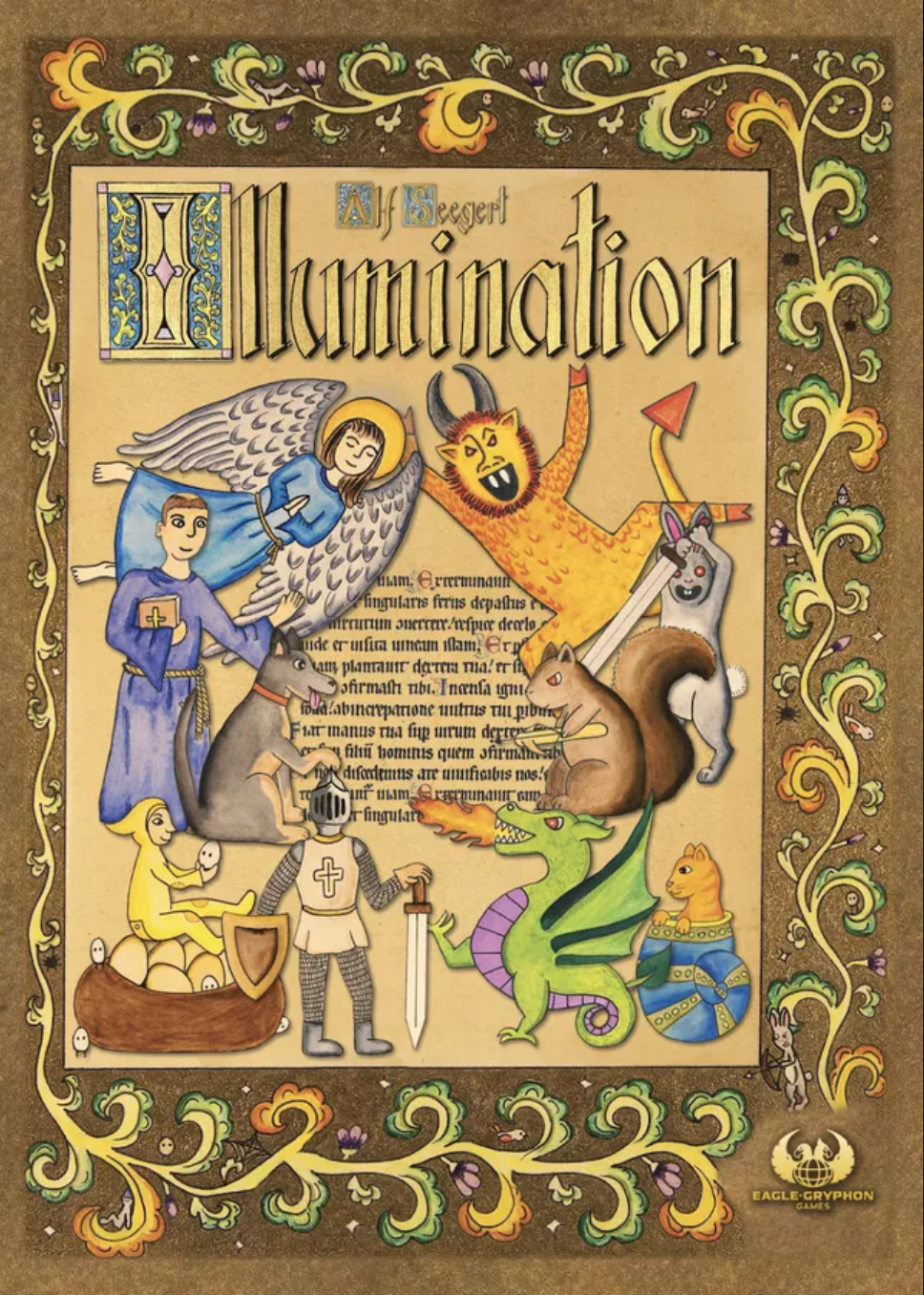 Summary: “A one-versus-all deckbuilding card game based on the world of The Shared Dream. Up to 3 players team up against another player and whichever team survives wins. Each player purchases cards from a market (called the Dreamscape) that is set by the character they have chosen. This gives each character its own capabilities, playstyle and strategies, while emphasizing teamwork since no one character can fill every role in the team.”

Project: Illumination & The Road to Canterbury by Alf Seegert

Summary: “In Illumination, players are monks competing to become the new head of the Scriptorium. They do so by illuminating manuscripts with elaborate religious artwork. But not all is as peaceful as it once was! Possessed with eccentric enthusiasm, one player has turned from the reverent to the irreverent by scrawling demons instead of angels and by painting fierce dragons instead of noble knights. Who will become the new master of the Scriptorium? Will it be the monk who reverently illuminates the page with monks, dogs, knights and angels; or the irreverent monk who whimsically draws the forces of rabbit, squirrel, dragon and demon?

In The Road to Canterbury, players are medieval pardoners who travel the road to Canterbury tempting Pilgrims with the Seven Deadly Sins—and then pardon these sins for a fee! Each sin with which a player tempts a Pilgrim increases the amount of money that will be paid when that sin is pardoned, but also brings Death one step closer, which threatens to kill off their customers!”

Base Pledge (w/shipping): $38, either Illumination or The Road to Canterbury