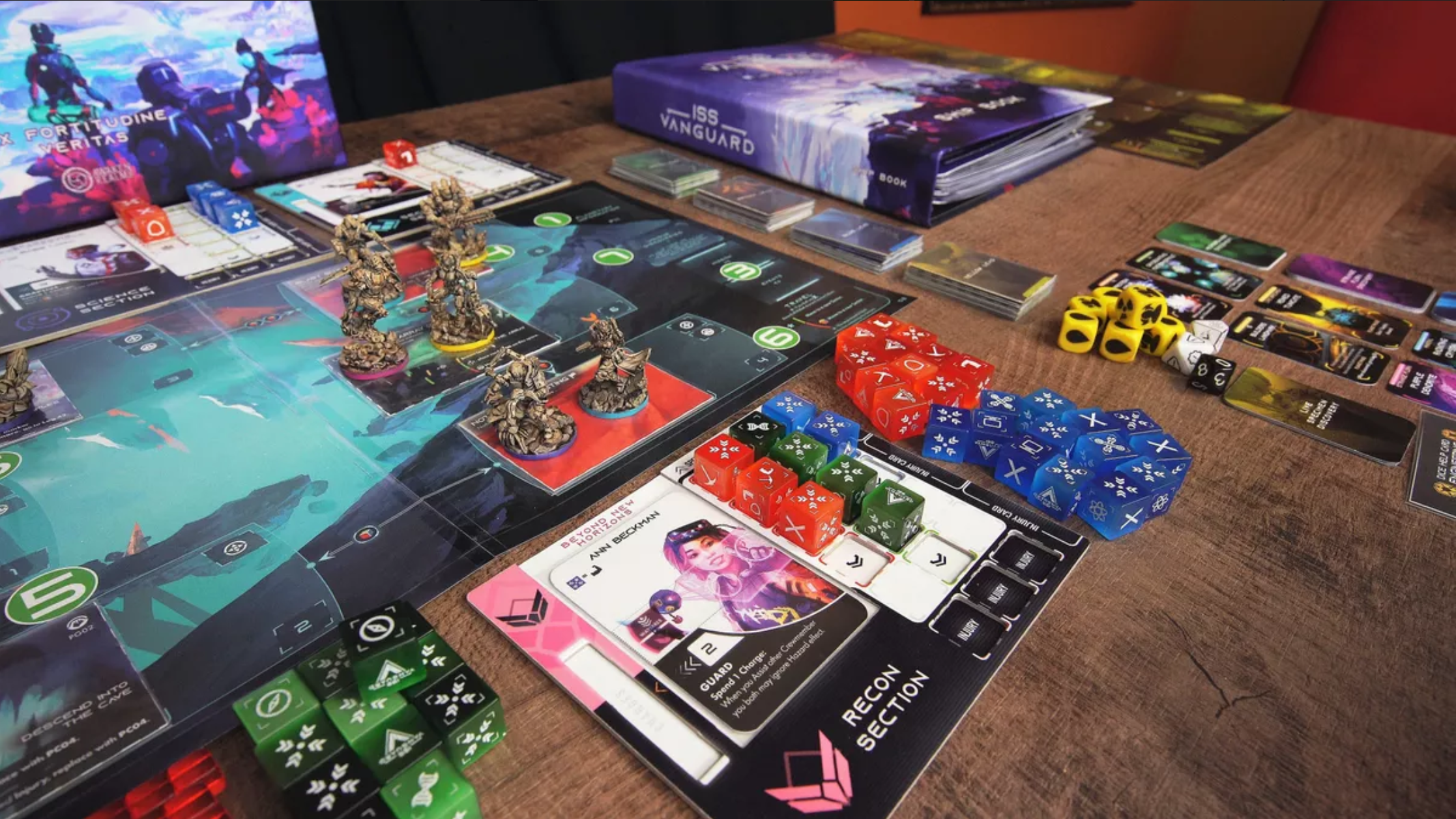 Publisher: Awaken Realms (The Edge: Dawnfall, Etherfields, Lords of Hellas, Nemesis, Tainted Grail: The Fall of Avalon, This War of Mine: The Board Game)

Summary: “A co-operative campaign and epic sci-fi adventure with hard player choices, twists, branching storylines, and gameplay split into 2 phases. The Ship phase features 4 different sections (security, recon, science, engineering) while onboard the first human ship with the possibility to reach outer space. During the Planet Landing phase, players prepare their crew for landing on the next planet, in search of answers to humanity’s biggest questions. Together they pick the lander and customize it with modules, then each section chooses a crew member to take on a mission (more experienced crew members have better ranks), and further customize with deck-building skills, equipment, and dice.”