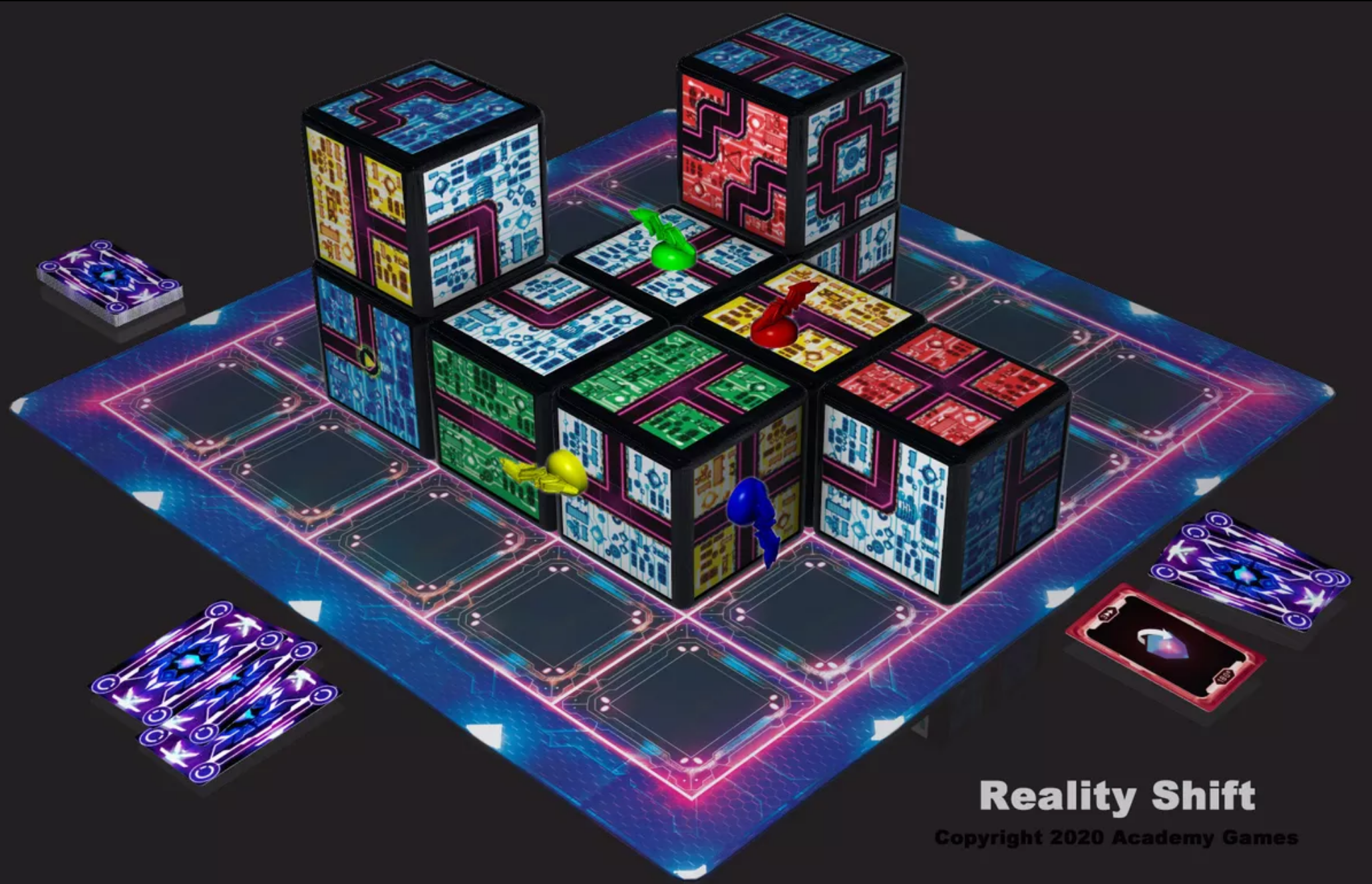 Summary: “A fast-paced 3D racing game for 2 to 4 players set in a retro virtual reality world. The racetrack is made of cubes whose magnetic facings have different paths on them. Your light bike is not constrained by gravity. Your magnetic figure can use any accessible path on the tops and the sides of the cubes.”

Summary: “A two-player simultaneous-action card game about dueling wizards. Both players will design a deck of seven spell cards to defeat their opponent with. Spells are organized into seven different schools of magic, such as Transfiguration, Charms, Divination, etc. There are over a thousand possible combinations to create your deck with.”