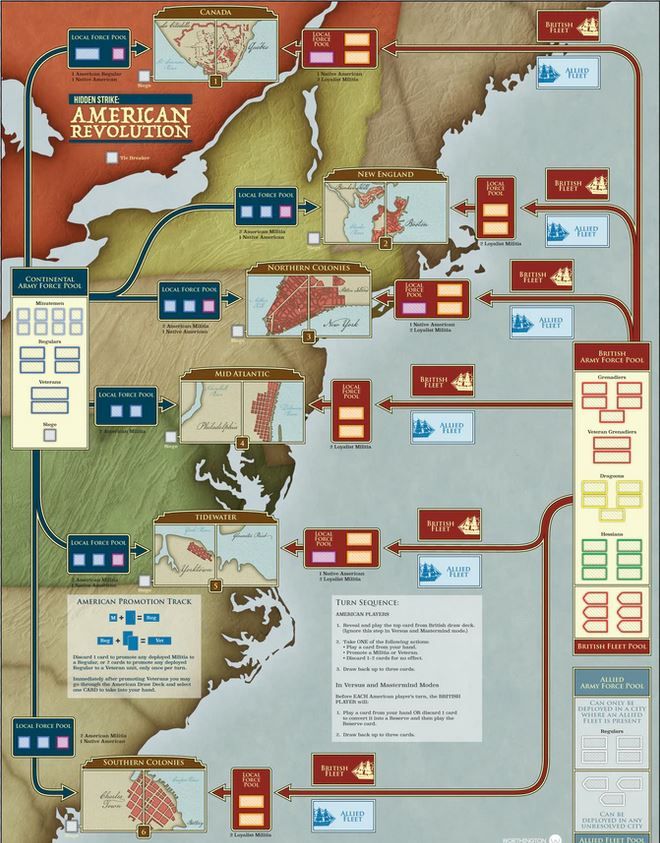 Summary: “Originally published in 2018 by Otokomae Games, a family-owned and operated company located in Japan. The world is about to end, but nobody is quite sure exactly how it’s going to happen. The goal is to save as many innocent lives from certain doom as possible. To do so, players must outsmart their rival investigators and correctly deduce which apocalyptic predictions are true and which are false. The player able to save the most lives will be declared the winner.”

Summary: “Recreates the struggle between the American colonists and the British forces during the War of Independence. Each side tries to win the war by controlling a majority of regions.”