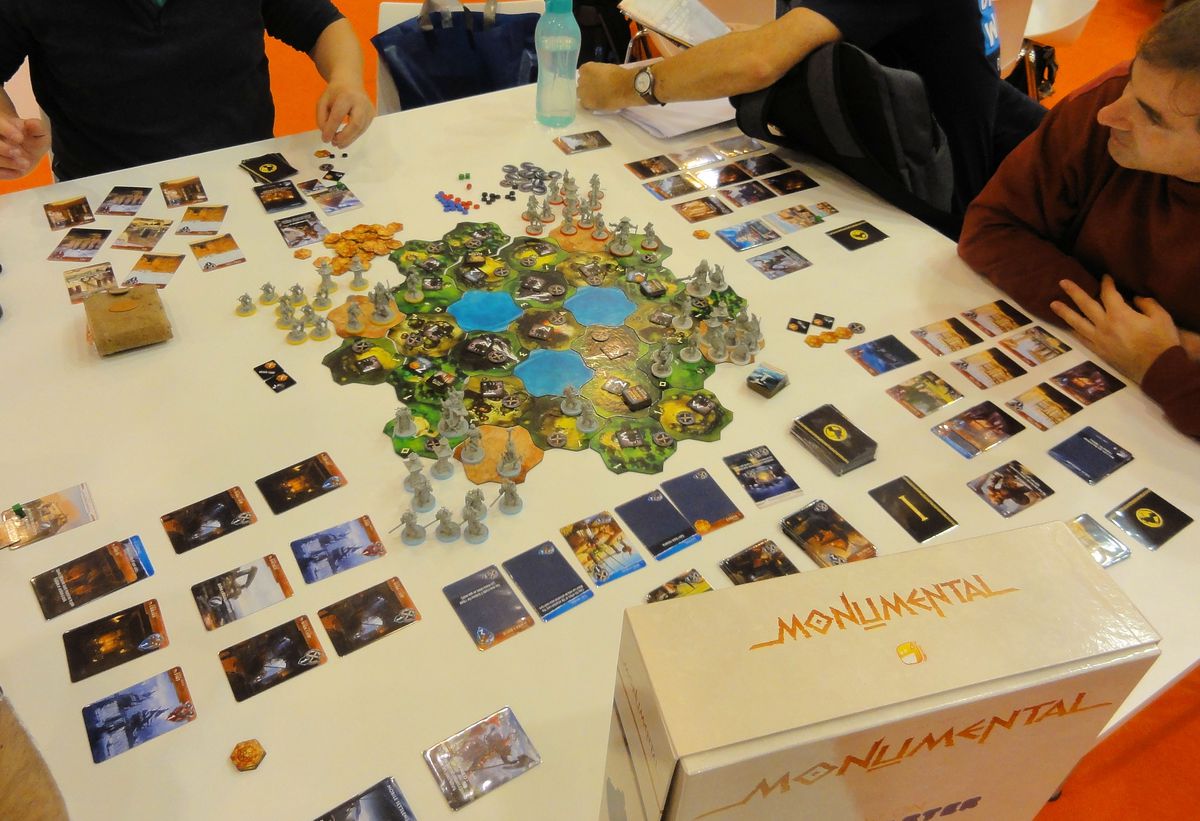 Summary: “A cooperative strategy and part-tower defense game about army men vs. prehistoric monsters. Players control brave soldiers in a World War II setting, struggling to save the entire world from the threat of a Mesozoic rebirth.”

Summary: “An expansion to Monumental with new civilizations and game play mechanisms including quests, a new continuous play mode and advanced economics. Monumental itself is a civilization and 4x deck-builder with a modular board.”