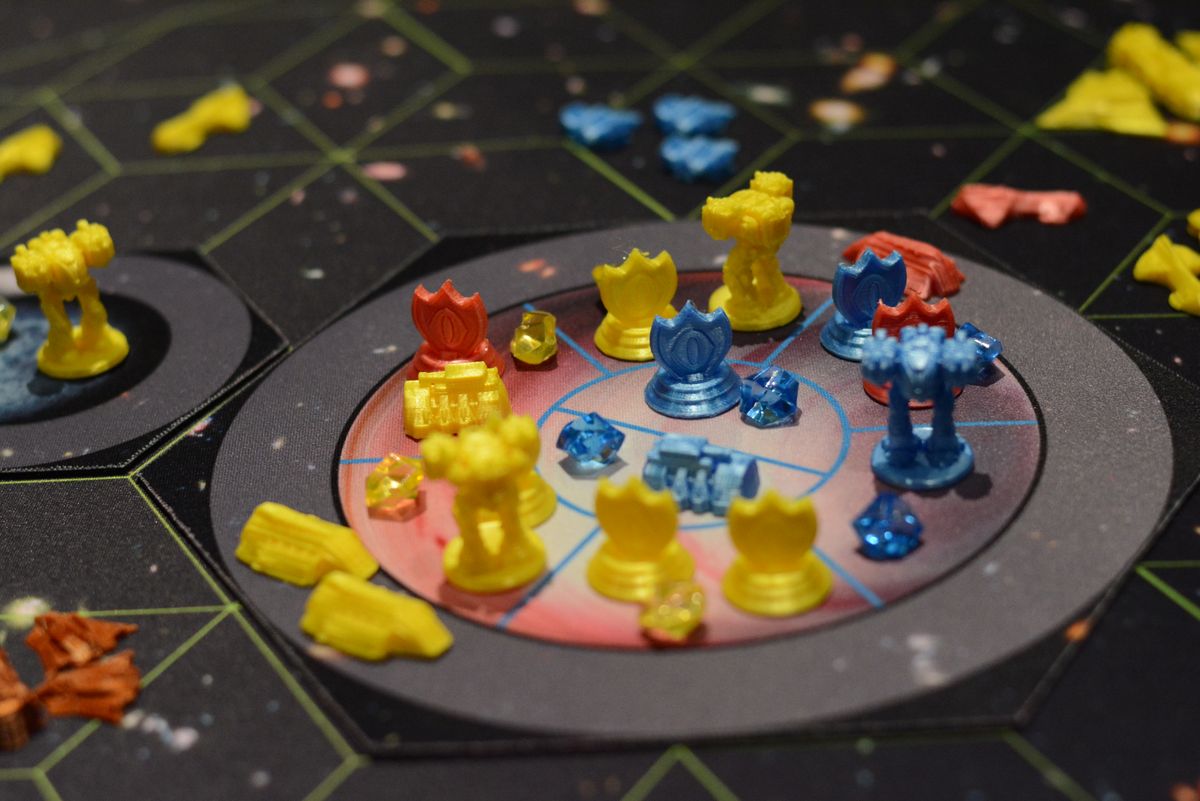 Summary:  “A trick-taking card game where players relentlessly fight to the last crumb. Everyone starts with a hand full of food champion cards. Each time a food champion is played, it attacks a player at the end of the round. Your objective is to avoid being attacked. Strategically dish your food champions out on everyone else before they dish them out on you.”

Player Count:  2-4 (up to 8 with the Cherry Blossom expansion)

Summary:  “A deluxe expansion for Dodoresque, including 4 crafted and hand-painted dodo miniatures with detachable feathers.”

Project:  Down to Hell

Summary:  “A board game that faithfully reproduces popular hack and slash video games, offering a wide variety of mechanics well known from other board games, where heroes fight against evil who have invaded their land. Down to Hell can be played in cooperative mode, as well as in solo mode.”

Summary:  “An underwater exploration game where players gather clues to discover sunken pyramids, defeat their guardians, and collect treasures. The core of the game is a puzzle revealed by compass directions found by players on seafloor tiles. Players use these directions to scour the quadrants of the board for clues to discover pyramids.”